A. Sutherland - AncientPages.com - The “ayllu” was the traditional form of a community in the Inca society, especially among Quechuas and Aymaras, the indigenous people of South America.

Everyone in the Inca Empire was part of an ayllu. 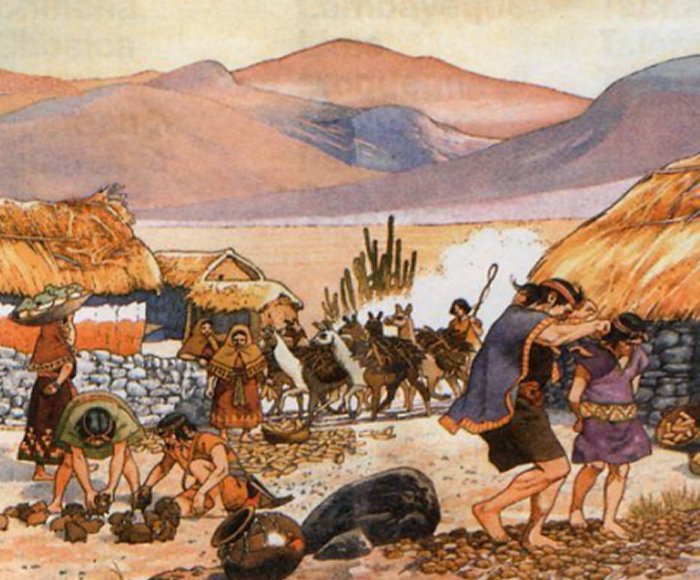 This form of organized society was particularly important in Peru and Bolivia. The ayllu tradition existed and functioned well prior to the Inca conquest and still continues to exist today in Andean communities.

The ayllu (“enlarged community”) was formed of a number of families that were related, to one ancestor that they had in common. Extended family groups could adopt non-related members who had to assume the full responsibility of membership. The members of the ayllu had mutual obligations to each other and were aware of their duties towards society and nature surrounding them.

They owned a piece of land and worked together farming it collectively. They were self-sufficient, cultivated much of their food, or traded for all the food they consumed.

They educated their children to continue this tradition.

The Inca people had to work very hard side by side to build houses, care for large herds of animals, plant and plow fields and maintain irrigation systems.

Their duty was also to work for the government and serve in the army; in the meantime, other members of the ayllu would come and perform the necessary work in the field.

Not all ayllus worked in agriculture. Many others would specialize in manufacturing pottery, jewelry or clothing. 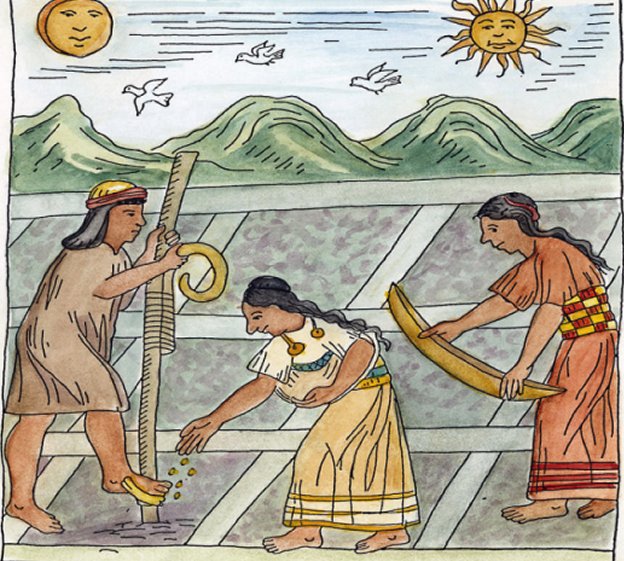 Necessary skills were transferred from generation to generation within the same ayllu. Ayllus produced virtually anything necessary for everyday living, which will be distributed by the state to other ayllus.

The abundance and diversity of resources and their availability during bad crops and war made the population loyal to the Sapa Inca and the local government.

Kurakas (also known as ‘Karakas’) were leaders at the head of the ayllu community.

As Rebecca M. Seaman writes in "Conflict in the Early Americas", they were “… responsible for organizing the varying ayllus for purpose of land distribution, farming, public works, and other communal purposes. In this manner, family kinship groups [ayllus] labored, celebrated, worshiped, and paid tribute together as a unit.

However, it was the combined contributions of the varying ayllus that helped sustain the greater community…”

Karakas also provided chicha corn beer and food for all during religious celebrations. Reciprocity was expected from all of the leaders as a reward for the ayllu's hard work. The payment for this work was usually in the form of the same service or could be the exchange of a product of some kind, or a textile or sometimes even food.

The ayllus members had their own huaca (or wak'a), or minor deity, usually embodied in a physical object such as a rock or mountain. As to the ayllus marriage traditions, they were required to marry someone that came from their very own ayllu.

As all self-sustaining communities, also the ayllu had certain problems that they could not solve without a helping hand. In the case of natural disasters, for example, farmers were not able to feed their families within the ayllu community. In that case, they had to rely on the Inca storehouse system.