A. Sutherland - AncientPages.com - The modern world likes to take credit for many technological inventions, but we fail to mention that often many of these “discoveries” are nothing but re-inventions based on the knowledge our ancestors possessed long ago.

Much scientific knowledge can be traced to ancient India.

This top list presents ten remarkable ancient Indian sages who were familiar with gravity, airplanes, missiles, atomic theory, medicine, astronomy, cosmology, and it was long before the modern era.

1. Bhaskaracharya And His Law Of Gravity 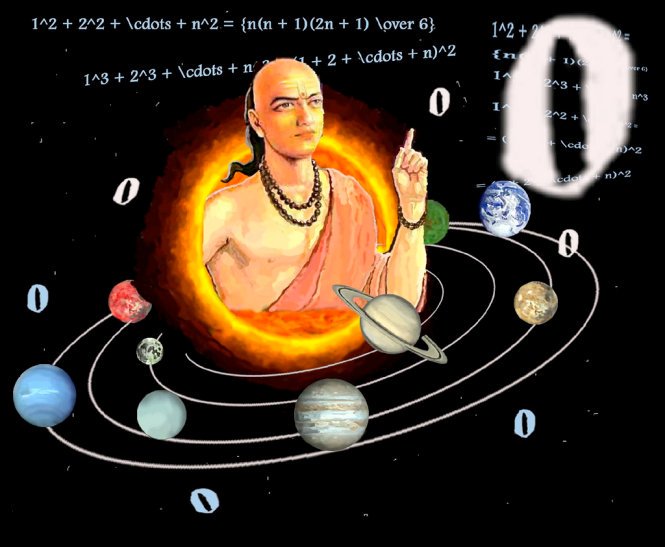 Bhaskara II or Bhaskarachārya (1114 - c. 1185) was an Indian mathematician and astronomer who extended Brahmagupta's work on number systems. Born in the obscure village of Vijjadit (Jalgaon) in Maharastra, Bhaskaracharya's mathematical works called "Lilavati" and "Bijaganita" are considered to be unparalleled. In his treatise "Siddhant Shiromani" he writes on planetary positions, eclipses, cosmography, mathematical techniques and astronomical equipment.

In modern times, the credit of discovering Earth’s gravitational force is given to Isaac Newton. However, very few people know that the same gravitational force was already discovered by the Indian sage Bhaskaracharya thousands of years ago. In the "Surya Siddhant" he makes a note on the force of gravity: "Objects fall on earth due to a force of attraction by the earth. Therefore, the earth, planets, constellations, moon, and sun are held in orbit due to this attraction." Bhaskaracharya was the first to discover gravity, 500 years before Sir Isaac Newton. 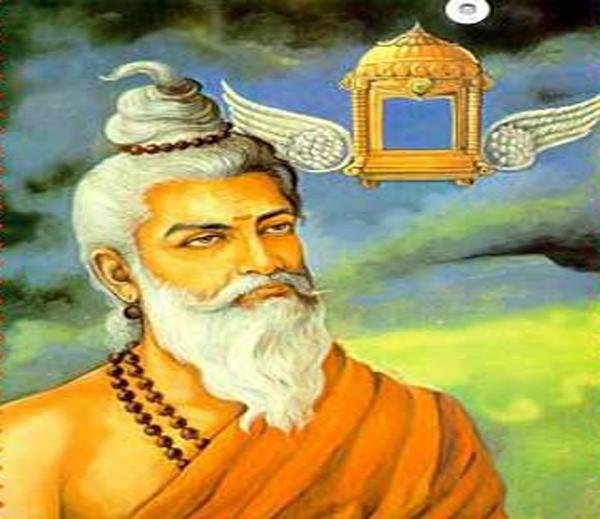 Maharshi Bhardwaj was one of the greatest Hindu sages whose accomplishments are detailed in the Puranas. As one of the Seven Great Sages or Rishis in the present Manvantara his wisdom should be respected. According to modern science, Wright Brothers invented the airplane. Indian scientists and critics have a different opinion and point out that aircraft was used extensively during Ramayana and Mahabharata time indicating that aeronautics was a much-developed branch by that time. This clearly indicates that aircraft was developed much before the modern era.

Maharshi Bhardwaj through Vimanshastra discovered and wrote about how airplanes vanished and traveled from one planet to another. According to the Indians scriptures, Maharshi Bhardwaj is considered the inventor of the airplane.

3. Garga Muni – The Scientist Of Stars 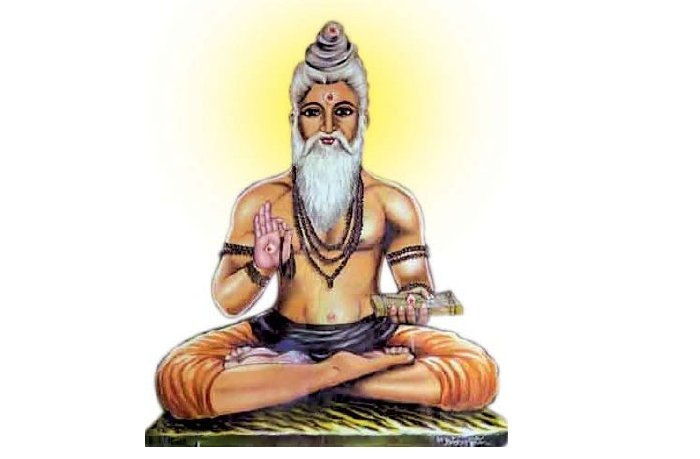 There is little information available about Garga Muni who was the chief astrologer of King Prithu who in Purana is described as an avatar (incarnation) of Vishnu.

4.  Vishwamitra – The One Who Discovered And Used Missiles 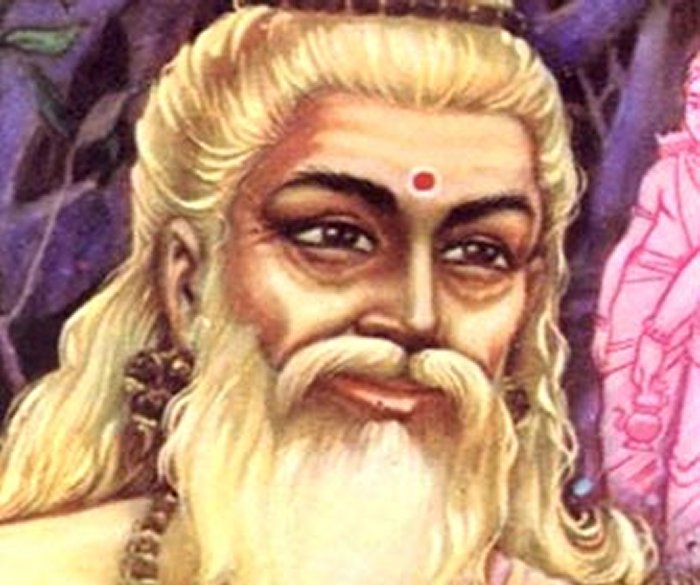 Before Vishwamitra became a sage he was first a king. Later he was recognized as one of the most venerated sages of ancient times in India. He is the rishi of the third book of Rigveda.  Thousands of years ago, he discovered missiles or missile systems. Being a warrior he used these weapons and taught Rama how missiles functioned. "Oh, godly sage, I have taken the missiles and became unassailable even for gods, but oh, eminent sage, I wish to know the annulment of missiles too," Rama said to the sage Vishwamitra.

Gladdening in his heart of hearts Rama of Kakutstha received the annulment missiles saying, "Agreed! Sire!" Those missiles are with radiantly divine bodies, appealing and endowing bliss. Some are fire-like, some smoke-like, and some moon-like and some sun-like, and such as they are, some of them holding out their hollowed palms, and some with palms adjoined melodiously spoke to Rama saying, "here we are, oh, manly-tiger, what can we do for you." 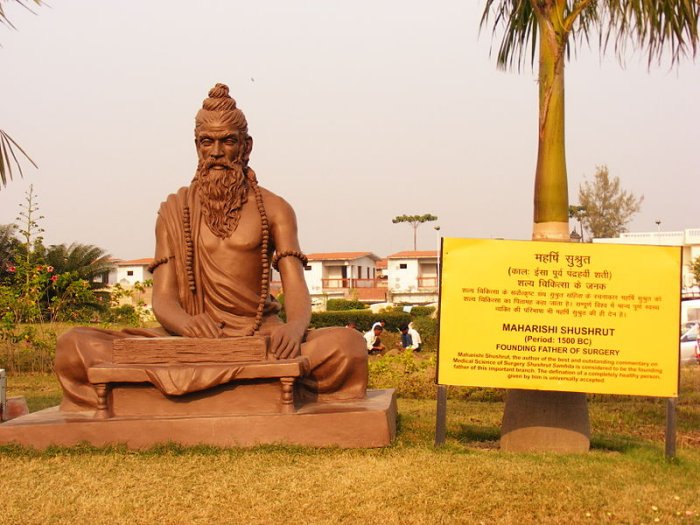 Sushruta was an ancient Indian surgeon commonly credited as the author of the treatise Sushruta Samhita. He is dubbed as the "founding father of surgery" and the Sushruta Samhita is identified as one of the best and outstanding commentaries on the Medical Science of Surgery. He is said to have been a physician originally of South India active in Varanasi. His period is usually placed between the period of 1200-600 BCE. One of the earliest known mentions of the name is from the Bower Manuscript (4th or 5th century), where Sushruta is listed as one of the ten sages residing in the Himalayas.

Texts also suggest that he learned surgery at Varanasi from Dhanvantari, the god of medicine in Hindu mythology. 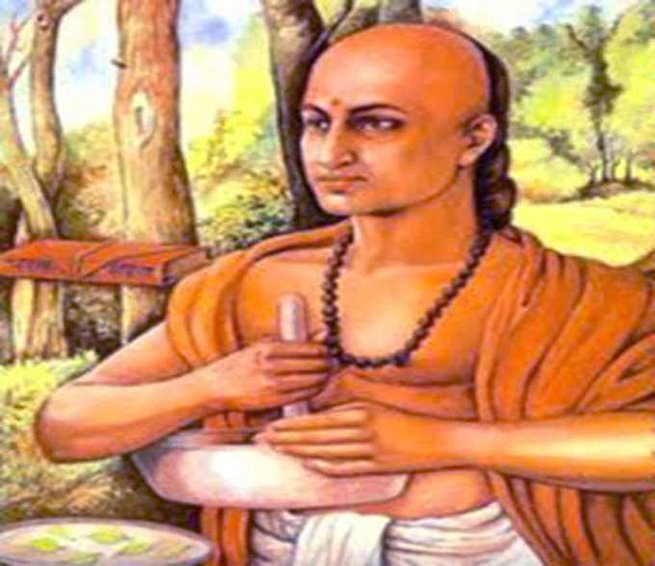 In the “Charak Samhita,” he has described the medicinal qualities and functions of 100,000 herbal plants. He has emphasized the influence of diet and activity on the mind and body.

He has proved the correlation of spirituality and physical health contributed greatly to diagnostic and curative sciences. He has also prescribed an ethical charter for medical practitioners two centuries prior to the Hippocratic oath. Through his genius and intuition, Acharya Charak made landmark contributions to Ayurveda. He is remembered as one of the greatest and noblest of rishi-scientists.

7. Patanjali  - Who Authored A Number Of Sanskrit Works 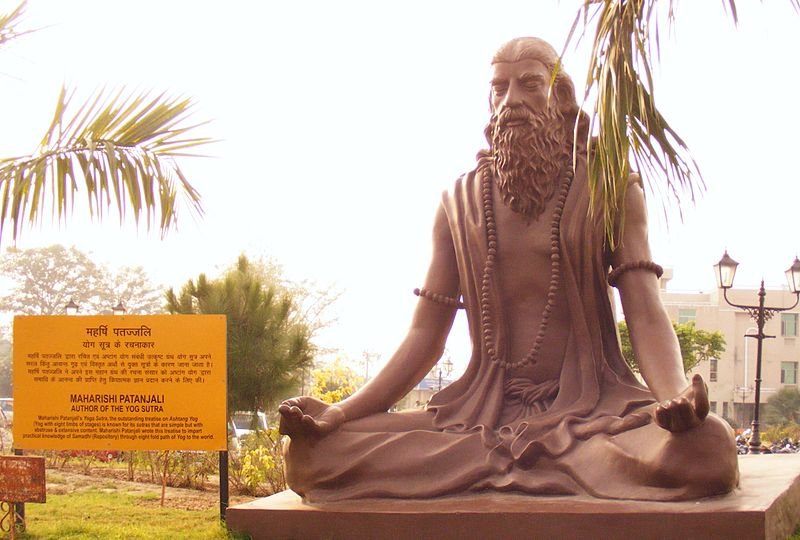 The life history of Patanjali is full of legends and contradictions. There are no authentic records regarding his birth. According to one story, he fell down to Earth in the form of a little snake. He fell (pata) into the hands (anjali) of a woman, thus giving him the name Patanjali. It is said that once while watching a dance by Lord Shiva, Adi Shesha found it unbearable to support the weight of Lord Vishnu. Amazed at this, he asked Lord Vishnu the reason for the same.

Lord Vishnu said that this was because of his harmony with Lord Shiva's energy state, owing to the practice of Yoga. Realizing the value and benefits of Yoga, Adi Shesha decided to be born amongst humans as 'Patanjali', to teach them the great art. Yoga Sutras are considered to serve as the basis of yogic techniques. 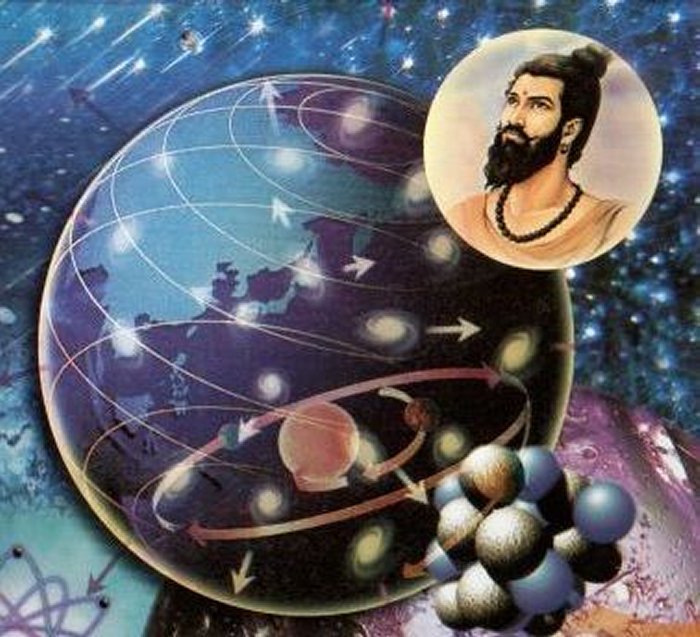 In modern times, John Dalton has been credited as the inventor of the atomic theory.

However, he was not the first one to discover the concepts of atoms. About 2,600 years ago, Acharya Kanad, an Indian philosopher and a great thinker far ahead of his time, developed what we today call the atomic theory. Acharya Kanad was the first person in the world to discuss atoms and molecules.

He said that “every object of creation is made of atoms which in turn connect with each other to form molecules.”

He found out that the universe is made up of “kana” which means atoms. He studied atomic theory and found the way atoms move and react with each other.

9. Kapila– The Father Of Cosmology 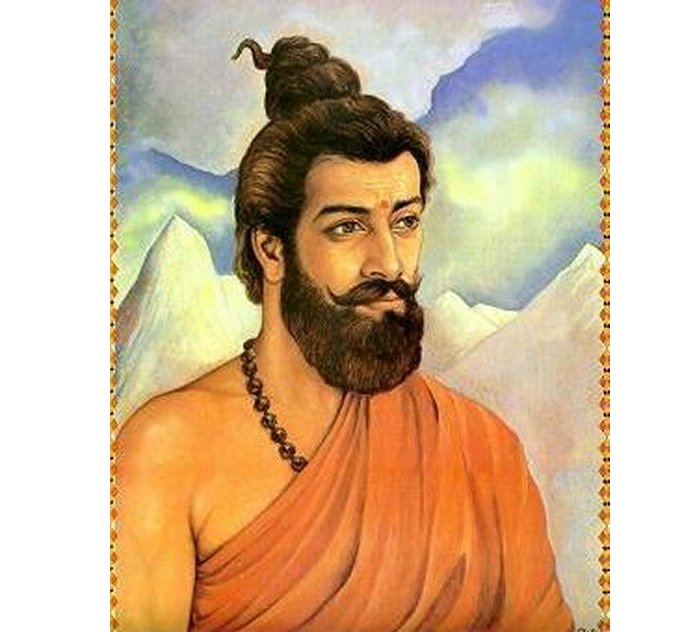 Acharya Kapil was born in 3000 BCE to the illustrious sage Kardam and Devhuti. He also gifted the world with the Sankhya School of Thought. His pioneering work threw light on the nature and principles of the ultimate Soul (Purusha), primal matter (Prakruti), and creation.

His concept of transformation of energy and profound commentaries on atma, non-atma, and the subtle elements of the cosmos places him in an elite class of master achievers - incomparable to the discoveries of other cosmologists.

On his assertion that Prakruti, with the inspiration of Purusha, is the mother of cosmic creation and all energies. 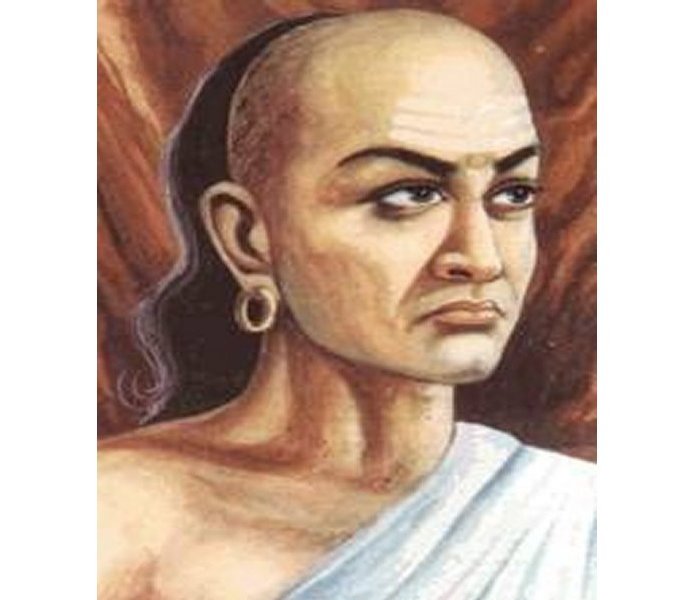 Chanakya or Vishnu Gupta or Kautilya (his gotra) was a teacher to the first Maurya Emperor Chandragupta - the first emperor in the archaeologically recorded history to rule the complete Indian Subcontinent.
He authored the ancient Indian political treatise called Arthasastra. Chanakya is considered as the pioneer of the field of economics and political science and his work is thought of as an important precursor to Classical Economics. Chanakya's works predate Machiavelli's by about 1,800 years. Chanakya was a teacher in Takshashila, an ancient center of learning.