AncientPages.com - Who was the Sapa Inca?

Answer: The ruler of the Inca people was called the "Sapa Inca", which means "only emperor". (in Quechua: "the only Inca"). 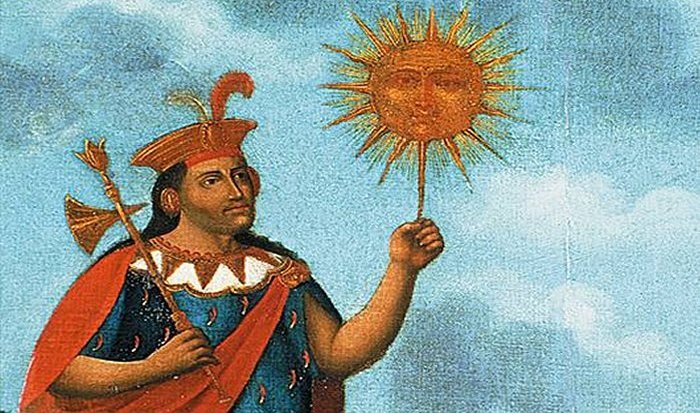 The Inca believed that their ruler – Sapa Inca was sacred; he was like a god on Earth

The Sapa Inca was all-powerful and his word was law. He was head of the government, and he owned everything. He was both a religious and political figure, and according to the Inca politics and religion were intertwined.

The Inca believed that their ruler - Sapa Inca was sacred; he was like a god on Earth. He descended from the sun god Inti, and this connection to the cosmos helped them to justify their rule over several civilizations across South America.

A Sapa Inca was polygamous, meaning he could have many wives. He wore a hat made of gold and feathers, his clothes were covered in jewels, and he wore huge gold earrings. The Sapa Inca only wore an outfit once, after that it was burned.

Some Sapa Inca are said to have had as many as a hundred children. When the Sapa Inca died one of his sons became the next Sapa Inca, this was not necessarily the oldest, just the favorite. After he died the Sapa Inca was mummified and remained in his palace.

The first Sapa Inca was Manco Capac, who was the son of the god Inti, the sun god. The ninth Sapa Inca, Pachacuti expanded the kingdom and founded an empire, which would become the largest Native American Empire.

The last effective Sapa Inca of the Inca Empire was Atahualpa, later executed by Francisco Pizarro, a Spanish conquistador who led an expedition that conquered the Inca Empire, however, several successors later claimed the title.