David Tee - AncientPages.com - You may have heard of his son, Nebuchadnezzar II, more than you heard of Nabopolassar but the latter originated the Neo-Babylonian empire when the Assyrian Empire collapsed.

But Nabopolassar did not have a head start in life. He had to work his way up from being a poor and unknown person. His family held no ideal spots in the Babylonian society and it may have been his dedication to the gods Nabu and Marduk that propelled his rise to power. 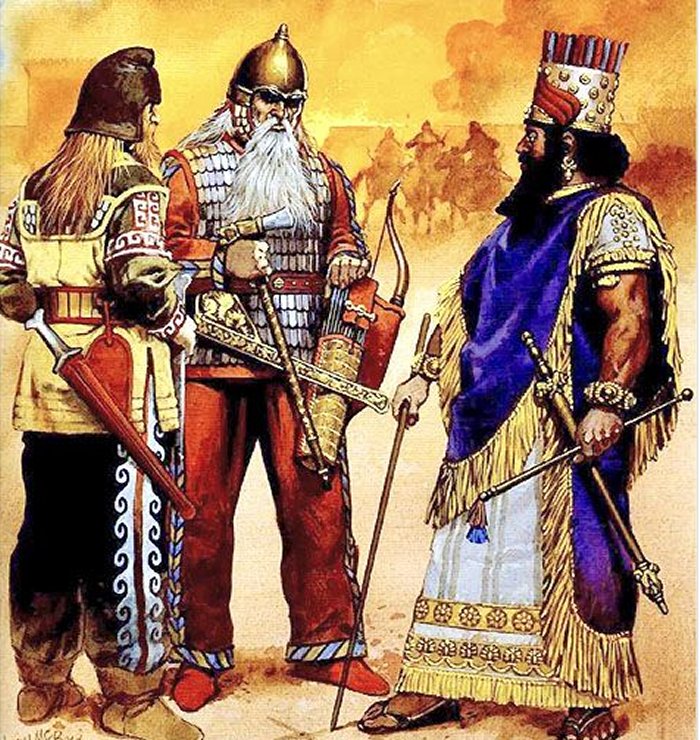 As a youth he wanted to rebuild the temples to both gods in order to find favor with them. He may have found that favor when he was appointed a general in the Babylonian army.

You could say that Nabopolassar was in the right place at the right time. He was a leading general in the Babylonian army when the last Assyrian ruler, Ashurbanipal (Aššurbanipal), died. The vacuum at the top of the Assyrian empire, provided the conquered peoples at that time the opportunity to band together and overthrow their Assyrian overlords.

The Babylonian Chronicles may be the most important source for Nabopolassar’s accomplishments. It was at Harran where he was able to conquer the conquerors. The death of Ashurbanipal (Aššurbanipal) was in 631 but it wasn’t until 626 BC that Nabopolassar was able to totally destroy the Assyrians and be crowned King of Babylon.

Yet it took almost 20 years of fighting before Nabopolassar reached Harran. During that time the new king overthrew Nineveh, Assur and other important Assyrian cities.

It is not known who Nabopolassar married or who was the mother of Nebuchadnezzar. Yet to defeat the Assyrians the former needed to make alliances. One such alliance was with the Medes.

The Medes were certainly a power to be reckoned with as they are credited with some victories over the Assyrians that have been tributed to Nabopolassar. Regardless of who won which battle the two civilizations decided to work together instead of against each other.

Hammurabi: Great King Of Babylon And His Code Of Justice

A treaty was established and the marriage of Nabopolassar’s son, Nebuchadnezzar, to Cyaxares’ daughter or granddaughter sealed the deal. It is said that Nabopolassar was not pleased with the results of the victories or the Medes part of the action, but he may have saved his kingdom with the treaty.

No Rest For The New King Nabopolassar

With great victories over the Babylonian former conquerors, Nabopolassar had no time to enjoy his achievements. The Scythians and the Egyptians, both friends of the Assyrians led attacks on the Babylonians.

Nabopolassar may have received some help from King Josiah, the King of Judah at the time. The Egyptians under Necho II were marching to Harran to help the besieged Assyrian king but king Josiah decided to attack the Egyptians as they made their way through his territory. 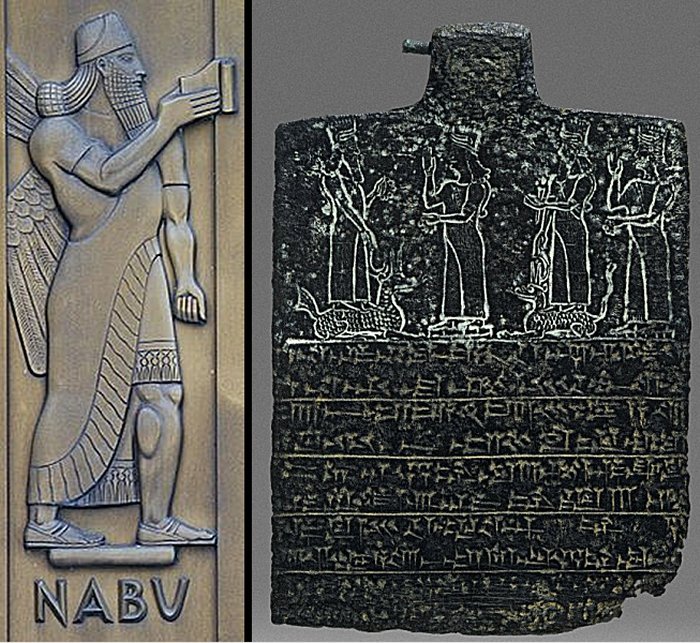 Left: Lee Lawrie, Nabu (1939). Library of Congress John Adams Building, Washington, D.C.; Right: The figures of four deities, including Marduk, who is holding a necklace and standing on a dragon, and Nabu, holding a stylus, are incised above the inscription, a dedication to Nabu. Image credit: British Museum

This delay may have been the needed break for Nabopolassar and his Medes allies. They were able to defeat both the Assyrians and the Egyptians and bring a final end to Assyrian rule.

Yet, the Egyptians did not take this defeat lying down and continued to battle the Babylonians for years. It was in 605 BC that Nebuchadnezzar was able to finally defeat the Egyptians and gain control over a large amount of the Levant.

Nebuchadnezzar was a general in his father’s army and he had a separate army under his command. After being given his orders to battle the Egyptians at Carchemish. This was the same year when Nabopolassar died.

As can be seen Nabopolassar started from very humble beginnings. It seems that it was his desires to please the gods he was dedicated to that helped his rise to power and re-establish the Babylonian empire. It was this empire, under the rule of his son Nebuchadnezzar, that eventually destroyed Jerusalem, Solomon’s temple and carried the Hebrews into captivity.

It was also this empire that had Daniel the prophet of God thrown into the lions’ den and his friends into the furnace. Yet for all of his achievements, Nabopolassar could not enjoy a moment of his reign. He was constantly at war with surrounding nations and former Assyrian vanquished civilizations.

He was a king from humble beginnings who could never rest.

Rocio Da Riva - The Inscriptions of Nabopolassar, Amel-Marduk and Neriglissar