A. Sutherland - AncientPages.com - Catherine of Alexandria belongs to the most famous saints. There were so many legends about her that some hagiographers (writers of biographies of saints) even doubted Catherine’s historical existence. 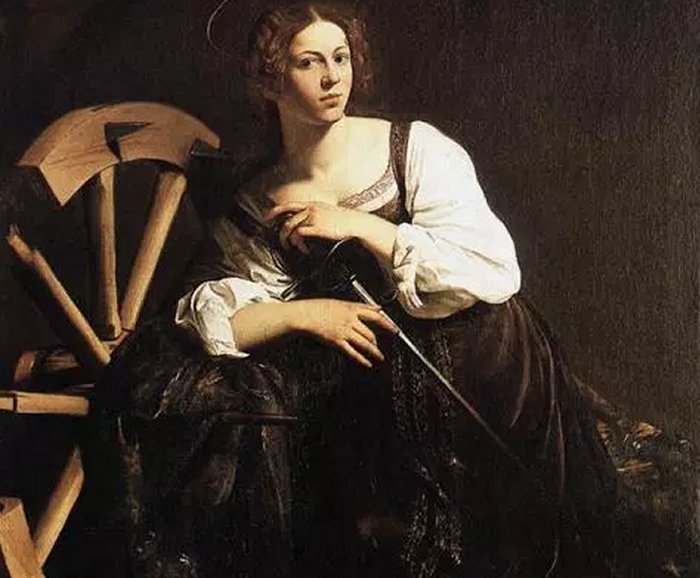 In her book The Cult of St Katherine of Alexandria in Early Medieval Europe, Christine Walsh writes about the young woman:

"As we have seen, the cult of St Katherine of Alexandria probably originated in oral traditions from the 4th-century Diocletianic Persecutions of Christians in Alexandria. There is no evidence that Katherine herself was a historical figure and she may well have been a composite drawn from memories of women persecuted for their faith…”

According to legend, Catherine (also called Saint Catherine of the Wheel) was born in Alexandria about 282 A.D., as the daughter of Costus, the governor of Egyptian Alexandria during the reign of the emperor Maximian (286–305).  From a young age, she devoted herself to study. She was a wealthy, educated young girl famous for her beauty. She learned about Christianity through her reading.

When the bloody persecutions began under Maxentius, Roman emperor (306 to 312), she went to the emperor and criticized him for his cruelty. Due to her strong protests against the persecution of Christians, the emperor gathered 50 of the best pagan philosophers and orators to argue with her, hoping that they would contradict her truly pro-Christian arguments, but Catherine (she was 18 years old at the time) won the debate.

She exposed the errors of the pagans and her brilliant eloquence convinced many of her adversaries, to declare themselves Christians. Unfortunately, they were at once put to death. Among those who had to die were also the Emperor’s wife Faustina, a high official named Porphyrius, and many of the soldiers of the guard.

Catherine Of Alexandria Was Tortured And Sentenced To Death

Then, it was time to punish Catherine. She was tortured, scourged so cruelly and for so long, that her whole body was covered with wounds, from which the blood flowed in streams. The emperor ordered her to be imprisoned without food, so she would starve to death.

Aware of Catherine’s strength against torture, Maxentius tried to attract her with the promise of riches and fame and finally, he proposed marriage to her, but he was rejected. 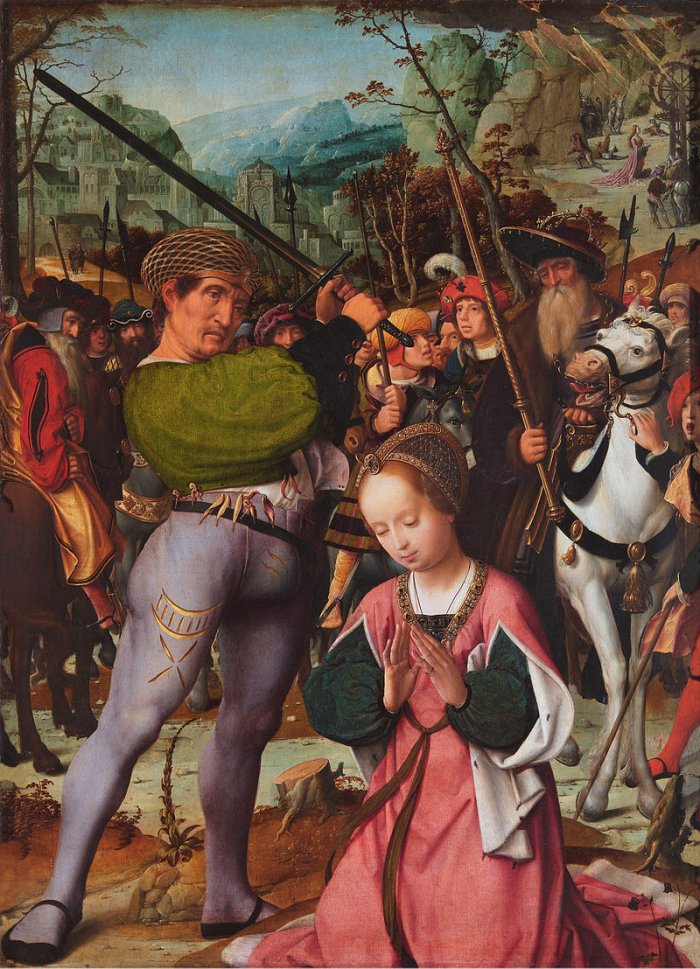 The furious emperor condemned Catherine to death on a spiked breaking wheel. The legend says that when she was fastened to the wheel, her bonds were miraculously loosed and the wheel itself broke, while its spikes flew off, killing some of the watchers. She was then beheaded.

Among many versions of Catherine’s story, there is the one mentioning that a milk-like substance rather than blood flowed from her neck after beheading.

She died about 300 A.D. but some more exact versions say the death sentence was executed by beheading probably between 307 and 312.

Widespread Worship Of Catherine Of Alexandria

The body had been for hundreds of years on Mount Sinai, probably transported there from Alexandria, when the Arabs, and after them the Turks invaded Egypt. There is an Orthodox monastery and a church, which pilgrims visit nonstop. 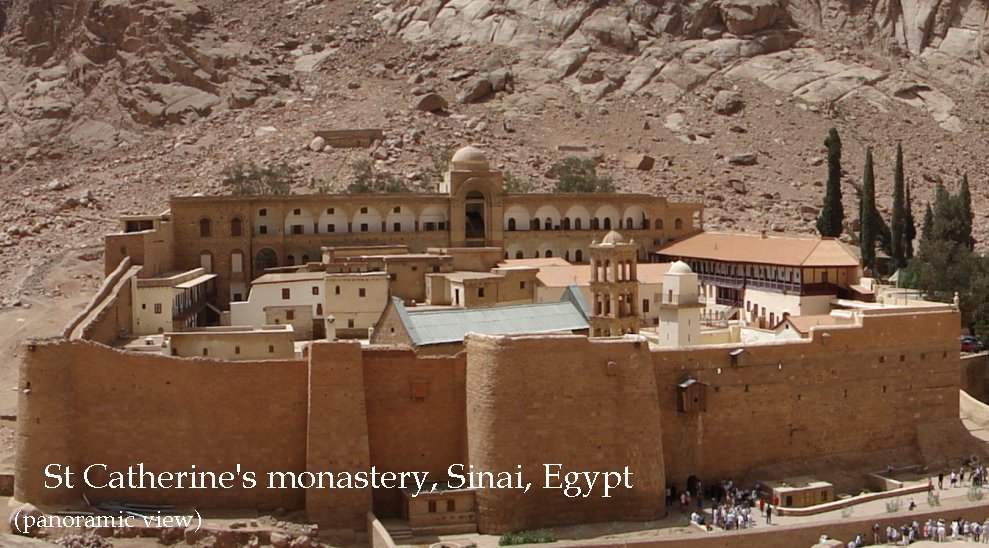 In the sixth century, Emperor Justinian ordered a monastery established in Catherine’s name. This monastery still exists today and is one of the oldest in the world.

The great cult of the Saint Catherine of Alexandria developed both in the Western and Orthodox Churches. In the West, she was considered one of the Fourteen Holy Helpers (the patron saints against diseases). Otherwise, she patron of many Catholic cities and associations, universities including the Paris Sorbonne; attorneys and notaries, librarians, printers, Christian philosophers, sinners, writers, married women, young girls, rope makers, scholars, people who work with wheels, and several more.

Catherine is usually presented in the royal crown, with a martyr's palm in her hand,  with an angel, a child Jesus, a palm branch, a circle on which she was broken, a crown in her hand, a cross, a book, a sword, a thunderbolt.

The worship of Catherine of Alexandria has its historical origins in the persecutions of Christians that took place in the Roman Empire right at the beginning of the fourth century. However, as previously stated there is no hard evidence that this young woman was a real historical figure.

Many believe she may have been a composite based on memories of different women who were persecuted by their religious beliefs.

Walsh, Ch. The Cult of St Katherine of Alexandria