Jan Bartek - AncientPages.com - Stonehenge’s fate is very uncertain right now and time is running out for this historical ancient site.

Druids, archaeologists, historians, and many others who hold ancient sites in high regard are upset. The subject has been debated and for three decades, but it seems Druids and their supporters have now been defeated. Can Stonehenge still be saved from bulldozers or will the tunnel be built? The latest plans to partly bury the A303 in a tunnel beside Stonehenge may this week finally get approval from transport secretary Grant Shapps. A decision will be made on November 13. 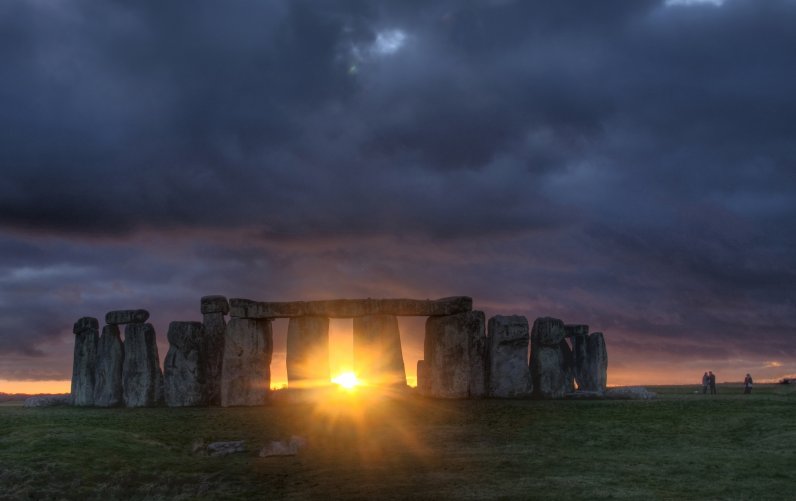 “The £2.4bn scheme – which will see the traffic-choked road to the west country widened into a dual carriageway near the ancient site before shooting down a two-mile tunnel – has pitted archaeologists, local campaigners and even the nation’s druids against the combined might of Highways England, English Heritage and the National Trust,” The Guardian reports.

One of many people who is against the planned construction is Professor Mike Parker Pearson who had conducted many archaeological excavations around Stonehenge.

“The world heritage site where Stonehenge sits is over 5km long but the tunnel is under 3km. This means a dual carriageway will emerge from both portals within this unique and protected landscape,” Professor Pearson said. “There will be almost total destruction of all archaeological remains within its path.”

Professor Pearson fears the western end of the tunnel will erase most of the remains of a camp that may have been used by the builders of Stonehenge.  He also estimates scientists will only be able to retrieve 4% of artifacts if the tunnel will be built.

“We are looking at losing about half a million artifacts – they will be machined off without recording. You could say ‘they are just a bunch of old flints’ but they tell us about the use of the Stonehenge landscape over the millennia,” he said. 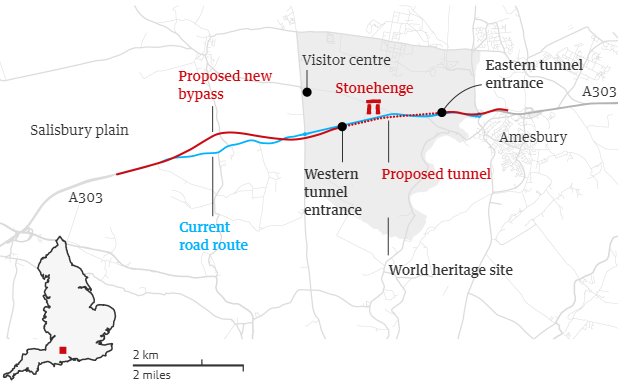 Many people share Professor Pearson's views. “It is too depressing. It’s not just that a world heritage site will be spoiled forever, but my greater sadness is that our government should care so little about something which means so much to so many people,” Local resident Kate Fielden, who has been campaigning against tunnel proposals for over 20 years said.

Some people, including Fielden, have gone so far that they even considered stopping the bulldozers with their own bodies!

“I’m not ruling out lying in front of a bulldozer, but that’s a long way down the line,” Fielden said.

The proposed tunnel is certainly important, but can its construction be compared with the historical significance of Stonehenge?

As previously said, a decision will be made on November 13 and many are already signing a petition to stop the bulldozers from ruining Stonehenge.

If you think Stonehenge should be preserved for future generations, you can sign a petition here