A. Sutherland - AncientPages.com - The temples of Angkor contained immese quantities of relief sculpture but extensive ruins were completely abandoned after the place was attacked and the site was lost for several centuries.

One of the temples Ta Prohm is known even to those who have never been in Cambodia before, because this is where the most impressive scenes were created. 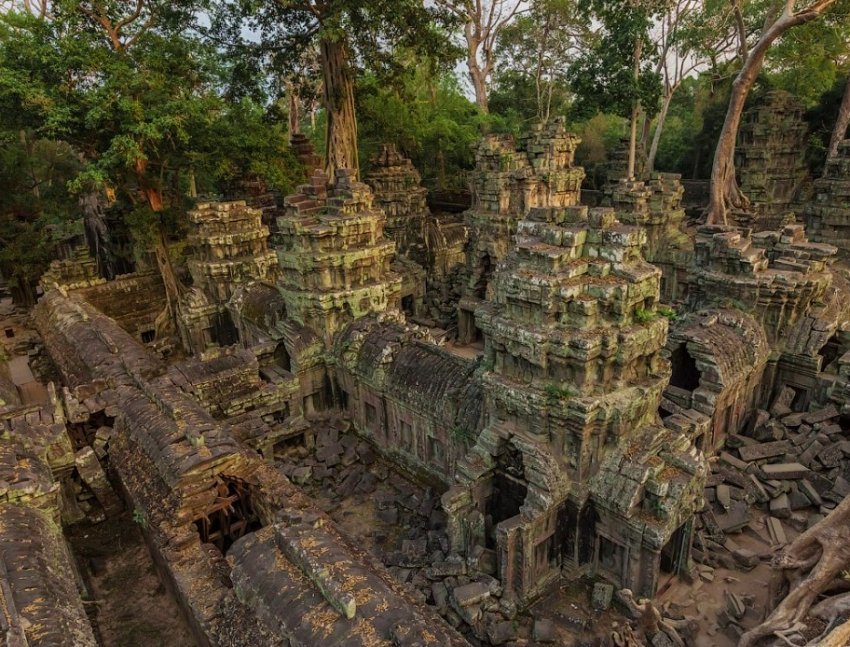 In Ta Prohm, a beautiful temple, bound by massive roots of huge trees, there are many ancient but controversial discoveries and this is one of them.

If that is the case, how could then someone create a relief of a stegosaur into the temple stone many centuries ago? 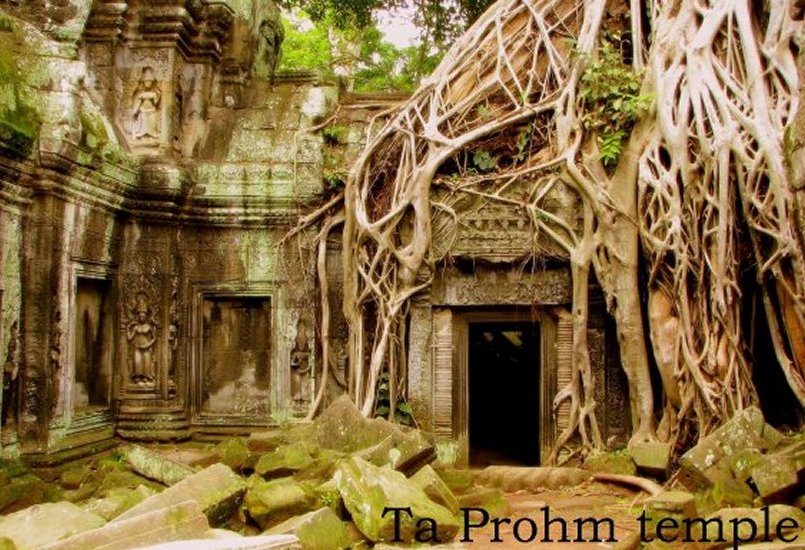 Ta Prohm is the modern name of the temple at Angkor. The ancient city of Angkor used to be a capital of the ancient Khmer Empire and one of the largest cities in the world.

The Khmer people constructed Angkor and many surrounding temples during Europe's Middle Ages.

This huge complex of buildings, covering about 600 square kilometers, was known far beyond the Khmer Empire until it was destroyed by Siamese troops in 1431.

The beautiful Ta Prohm temple in Cambodia, bound by massive roots of huge trees lay forgotten and neglected by men until it was rediscovered by in the early 20th century by French archaeologists.

On the wall of the Ta Prohm temple there are several carvings of animals. Among them we find depictions of a monkey, deer, swans, parrots and a water buffalo. 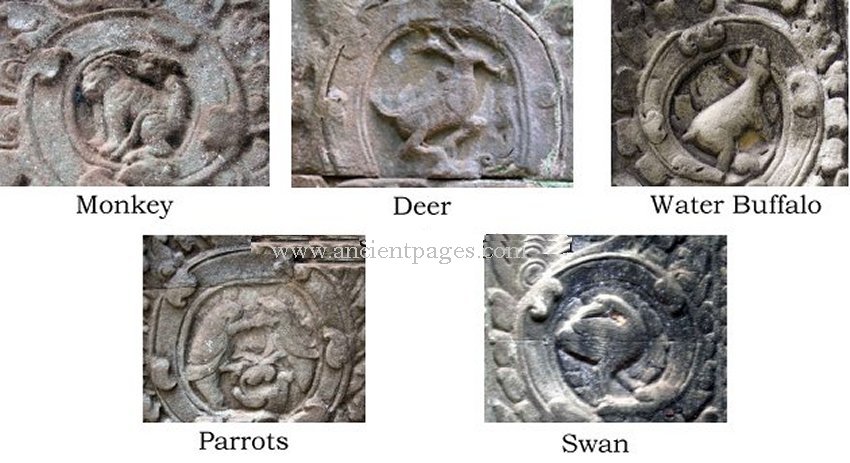 However, of the carvings stand out. It is an extraordinary relief of what looks like a stegosaur. Stegosaurus is a genus of armored stegosaurid dinosaur. They lived during the Late Jurassic period, some 155 to 150 million years ago in what is now western North America.

It is very unlikely that the ancients people in Cambodia carved a stegosaur likeness based on fossils, as fossils of this creature come from far away China.

Some skeptics have argued that the creature is a chameleon, but a chameleon has a long, curled tail whereas the animal on the temple relief has a much shorter one with nothing more than a slight curve. 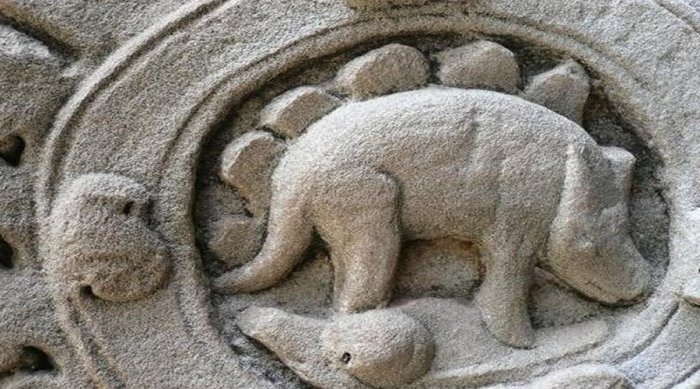 The creature has a set of bony plates protruding from its spine.

Starting some way behind the neck, they stretch all the way to the back of the tail and yet are only six in number. We won't find such features on a chameleon.

According to author and researcher Mike Hallowell, "there are prehistoric creatures which look very like the one on the temple relief indeed, particularly the triceratops.

In fact, the only difference between the two is the lack of spinal plates on the triceratops and the fact that it has three horns instead of ?two.

First, the spinal plates on the temple relief creature are very like those of a stegosaurus, and almost the same in number when counting them length-wise, although the stegosaurus had a double set of plates, not just a single line.

However, because the temple relief is just that - a relief - it's impossible to say with any certainty that a second set doesn't lie directly behind the first.

But what about the missing horn on the relief caricature? It only has two, apparently, whereas a triceratops has a small, central one on its snout. Well, the tip of the snout is hidden from view on the relief animal, and there is just a hint of what might be a small horn protruding there. 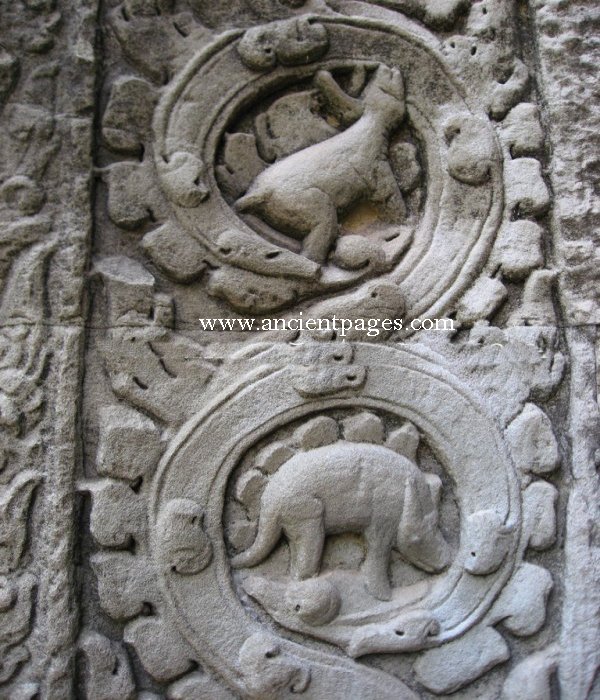 But in any case, we have only found the fossilised skeletons of a small percentage of prehistoric animals, and there may well have been a species like the triceratops, only with large spinal plates and two horns instead of three.

Anyone who looks at the bizarre beast on the temple relief in Cambodia can see it clearly isn't a chameleon." It is unlike any known animal walking the face of the earth today, and as one expert in the field put it, "I must confess that it does look seriously prehistoric."

How could anyone have carved a relief of a prehistoric animal merely 800 years ago?

Did the ancient Khmer people personally observe stegosaurs, as the anatomically - correct rendering at Ta Prohm clearly suggests or does the carving suggest that there was a time when man and dinosaurs existed and the image of the prehistoric now long extinct animals were passed down from one generation to another?