Ellen Lloyd - AncientPages.com - As we continue to admire many marvelous ancient monuments across the world, we often ask ourselves - how did our ancestors build these incredible structures? How did ancient civilizations know how to raise and align sacred monuments to the stars?

It is well-known that many ancient civilizations were skilled astronomers and possessed great knowledge of architecture. Ancient Egyptians, Babylonians, Sumerians, Maya, Chinese, just to mention a few, all contribute to the growing evidence supporting the theory that our ancestors were intelligent scientists. 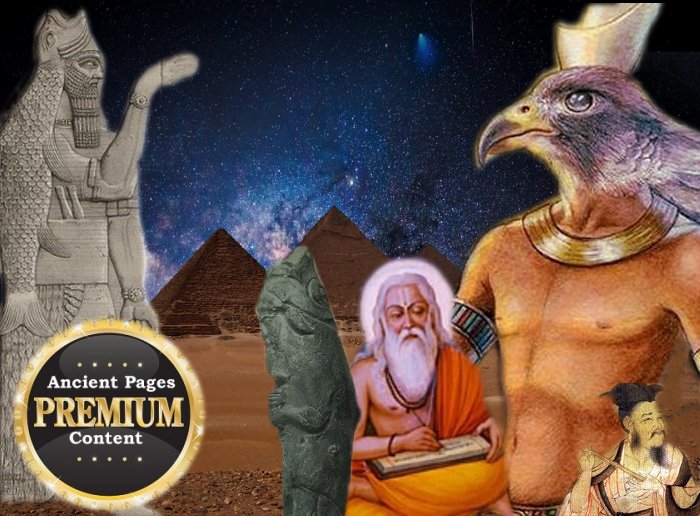 Pyramids and other ancient monuments show ancient civilizations were familiar with Orion, Sirius and the Pleaides. Still, how and when did the first civilization come up with the idea that ancient structures should be built and aligned to the stars?

We do know that for example  Imhotep was well-known for his intelligence and wisdom. Imhotep, or “he who comes in peace,” was an ancient Egyptian genius and the great architect of the world’s first known monumental stone building, the Step Pyramid at Sakkara.

In one article on Ancient Pages, we discussed ancient Egyptian goddess Seshat who was said to have aligned sacred monuments to the stars long before Imhotep.

But was goddess Seshat the first one to start this practice? According to sacred ancient texts, she was not. There was a group of mysterious individuals known in all parts of the world, and they were the first beings who in the remote past raised and aligned monuments to the stars.

Many answers to our most complex questions can be found in sacred ancient texts. Yet, we tend to ignore this valuable information our ancestors gave us, dismissing all accounts as pure myths. What if the myths were true and based on real events?

One set of precious ancient texts clearly describes the first beings who were excellent astronomers and architects and how they started to align monuments to the stars.

Let’s take a look and the identity of these ancient people who accomplished something so extraordinary in prehistoric times. What do ancient texts tell us about them? Were did they come from? What did they accomplish? Prepare yourself for a surprise...