Ellen Lloyd - AncientPages.com - Not all knowledge of our ancestors is lost forever and there is still much to be learned from ancient people and their methods to handle climate changes, for example. Using wisdom from the past, modern scientists can help poor communities to handle water related problems.

Thousands of years ago, our ancestors came up with efficient farming techniques that modern scientists are now investigating to mitigate climate change. One of the most interesting technologies of ancient time are underground irrigation canals known as “qanats”, developed by people in Persia about 3,000 years ago. The qanats transported water from a water wells to surface for irrigation and drinking as well and they could do it over long distances.

The Hohokam people were 'Masters of the Desert’. Their extensive irrigation canals served as the foundation of the modern canals used to irrigate crops in the valleys along the Salt and Gila rivers. The  Aztecs built so-called chinampas to improve their agriculture. These were small, artificial islands created on a freshwater lake. The chinampas resembled floating gardens. 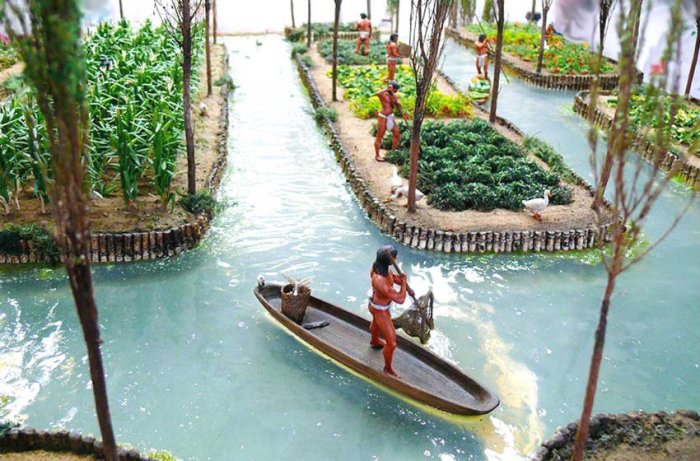 Chinampas were used throughout the Valley of Mexico around the lake bed and were without doubt one of the reasons why Aztec’s farming became famous.

Knowledge Of Waru Waru Is Not Lost

Before the rise of the Inca Empire, Andean people developed an agricultural technique called Waru Waru. This technology, based on modification of the soil surface to facilitate water movement and storage helped people to cope with floods and droughts.

Combining raised beds with irrigation channels to prevent damage by soil erosion during floods, was an inexpensive way to improve crop yields and ease the punishing effects of farming at 12,500 feet above sea level on the Andean plains.

Also known as suqakollos, the Waru Waru resembles an ornate garden maze from above. It’s a cleverly designed patterned system of raised cropland and water-filled trenches.

Around Lake Titicaca, as many as 250,000 acres show traces of Waru Warus. This suggests ancient inhabitants of the altiplano were successfully using this agriculture method to tackle the considerable environmental constraints of farming the area.

In 1981, Clark Erickson, of the University of Illinois, recognized the archaeological significance of Waru Waru. Erickson wondered whether this ancient system might not serve modern farmers and began to rebuild some of the raised fields. Using traditional Andean tools, local farmers planted an experimental field with potatoes, quinoa and canihua. Private development organizations and the Peruvian government rushed in to aid farmers.

According to Alipio Canahua, a program director for the international humanitarian agency CARE, “there was Waru Waru fever to reconstruct ancient technology back then.”

Locals in Cutini Capilla, an Aymara community on the western shore of Lake Titicaca between Puno and the ruins of the Tiwanaku capital said the Waru Warus have helped them to make the land useful again. 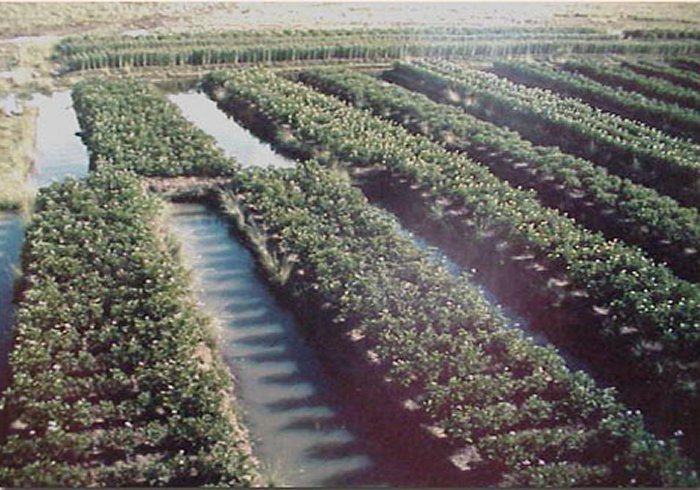 Alipio Canahua, an agronomist working with the Food and Agriculture Organisation (FAO), says that the ancient agricultural system, which could date back 3,000 years, actually creates its own microclimate.

“It captures water when there are droughts and drains away water when there’s too much rain, meaning that it irrigates the crops all year round,” he says. “When it comes to temperature, we’ve measured a rise of three degrees centigrade in the immediate environment around it – this can save a significant percentage of the crops from being killed in frosts.” 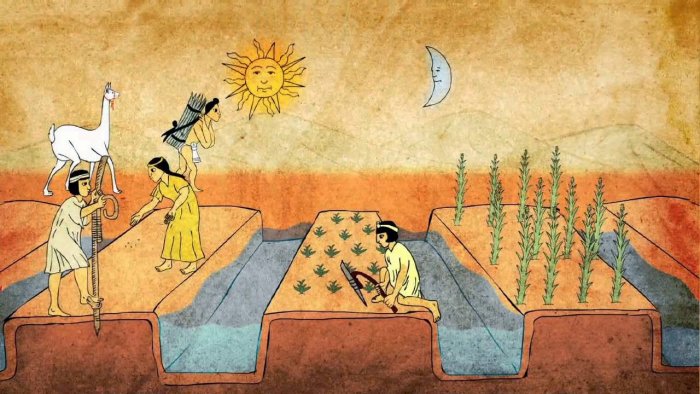 The ancient Waru Waru technology has been brought back to life, but whether it survives depends on investments and financial support from the governments.

It is also impossible to make the suqakollos as big as pre-Hispanic people did because roads and boundaries between communal lands, have limited the space available.

Scientists think that the ancient Waru Waru technology could be used in conjunction with other ancient techniques such as interconnected irrigation lakes called "qochas" and the Inca-built terraces known as "andenes" for farming the steep Andean slopes.