Ellen Lloyd – AncientPages.com – Like many other ancient cultures, people in Japan have long believed dreams can foretell the future.

For example, ancient Egyptians believed certain signs or events seen in dreams revealed unpredictable information about the future and they used the messages in their dreams in order to cure illnesses, make important State decisions, and even decide where to build a temple or when to wage a battle. How dreams were interpreted can be found in the ancient Egyptian Dream Book, a hieratic papyrus that probably dates to the early reign of Ramesses II (1279-1213 BC).

According to the Japanese Hatsuyume tradition that dates back to the Edo period (1603 – 1868) the first dream, you experience during the night of January 1 is significant. 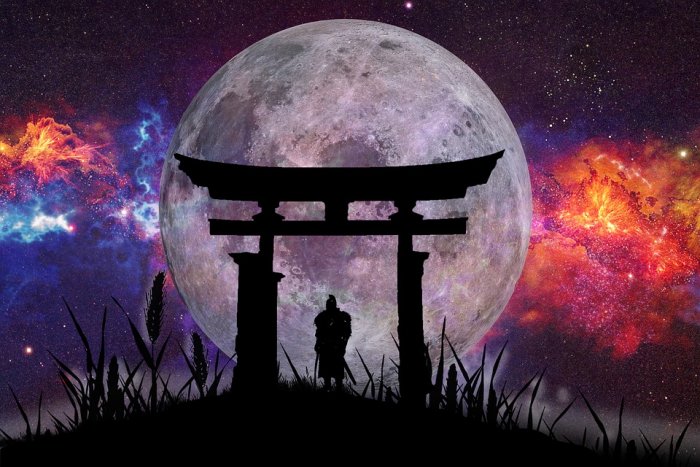 The first dream of the new Year decides how the next 12 months will be, according to the Japanese hatsuyume tradition. Credit: Public Domain

The tradition of hatsuyume which means “first dream” is based on the belief that the first vision you see in your dream predicts whether the 12 months ahead will be good ones.

According to the Japanese it is considered to be particularly good luck to dream of Mount Fuji, a hawk, and an eggplant.

Why these three dream symbols are particularly lucky is not entirely clear and there are various theories.

“Sacred Mount Fuji on Honshu Island, Japan has been widely venerated mountain in Japan since ancient times. People of both Buddhist and Shinto faiths considered it an Abode of the Immortals.

The Japanese have long regarded certain mountains as objects of worship. They believed that mountains are sacred places where numerous gods reside. This belief still lives on and is continuously practiced in Japan.” 1

“At first glance, it may seem odd that the "first" dream of the year was considered to be had on January 2. The reason for this line of thinking was that Edo people were not able to properly think about their dreams on the first night because of being tired from preparing for the New Year. So, they pushed the date or hatsuyume up by one day.” 2

Some suggest that a combination of Mount Fuji, a hawk, and eggplant represent strength, ambition and goals. Mount Fuji is Japan's highest mountain, the hawk is a clever and strong bird, and the word for eggplant suggests achieving something great. Another theory is that the dream symbols go much further back in time and are connected to the three great revenge vendettas of the Edo Period that were made popular by Kabuki theater.

“It was during a hunting party at Mount Fuji that the Soga brothers finally got their long-sought revenge, a story that is played at most Kabuki theaters during January.

The hawk represents the Asano family's crest in the famous tale of the forty-seven samurai who avenged their lord called Chushingura, and the eggplant was on the family crest of Watanabe Kazuma, a main protagonist in the Araki Mataemon revenge saga I gagoe. In those days, one's most important desires (shows of fealty, loyalty, and honor) were often realized through revenge. 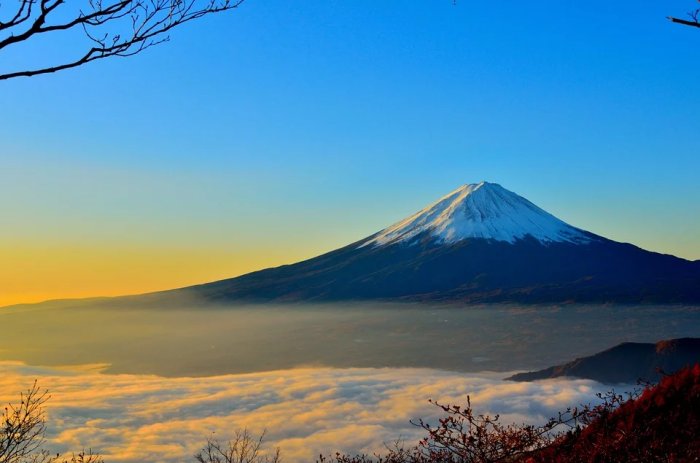 During this same time when hatsuyume became popular, these three samurai vendettas were quite the rage. The avenger's long-cherished desires were realized; his good character and loyalty proven, hence the connection with lucky dreams.” 3<7sup>

There is still disagreement about which night the hatsuyume is dreamed. Most say hatsuyume takes place on night of January 2, leading into the morning of January 3, but some Japanese people consider hatsuyume night to be January 1.

There were, of course, some means how you could improve your luck of having a good, first New Year dream. One could, for example, place a takarabune picture under the pillow. A takarabune is “treasure ship” on which the Seven Gods of Fortune are often depicted.

Yet, according to the ancient Japanese legend one has to be careful because you never know when Baku shows up in the dreaming world. In Japanese mythology, Baku is well-known for eating bad dreams, but this creature can also eat all dreams, not only nightmares. This includes dreams of aspiration, dreams of your future, and dreams of hope.