AncientPages.com - Some of the largest, ever recorded engravings on rock, located in Western Venezuela have been mapped in unprecedented detail by UCL researchers.

The engravings (petroglyphs) are believed to be up to 2,000 years old, include depictions of animals, humans and cultural rituals. 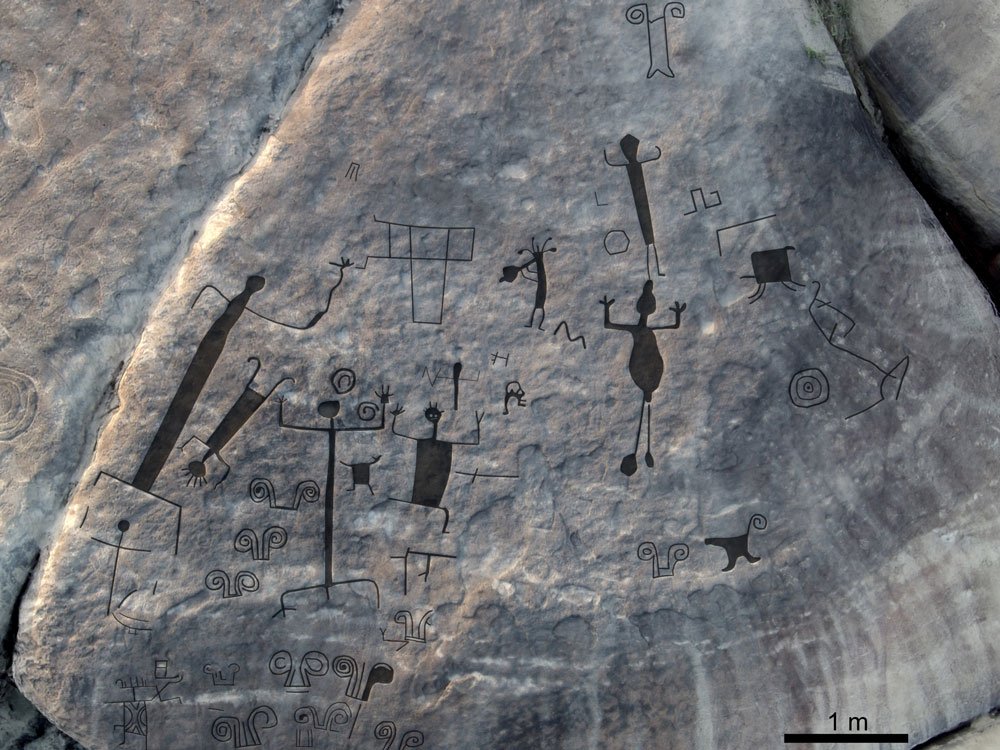 One panel is 304m² containing at least 93 individual engravings, the largest of which measure several meters across. Another engraving of a horned snake measures more than 30 meters in length.

The Pre-Columbian art was found in the Atures Rapids (Raudales de Atures) area of Amazonas state in Venezuela. The region is the home of the native Adoles by Jesuit priests. Eight groups of engraved rock art were recorded on five islands within the Rapids. 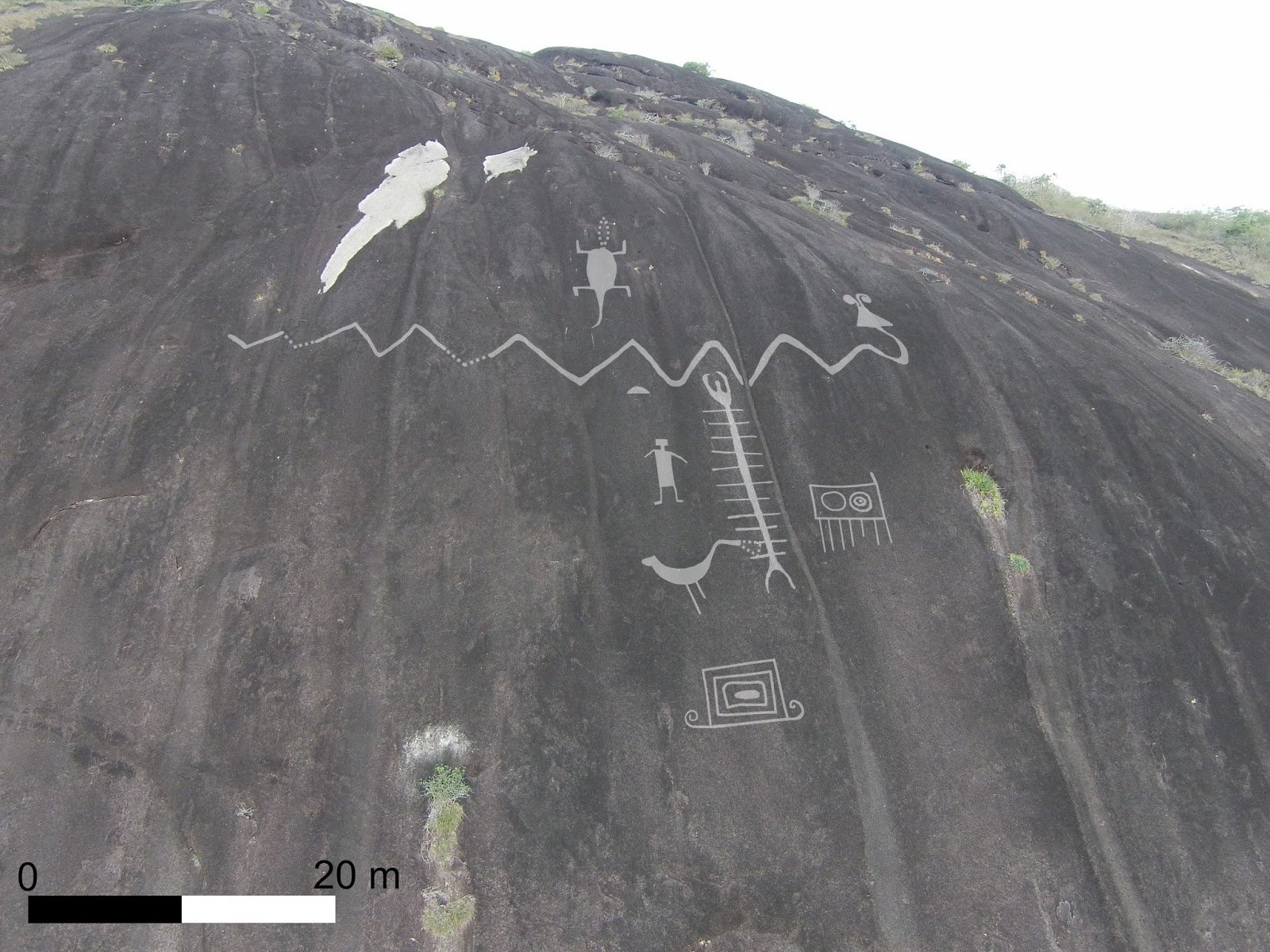 Researchers used drone technology to photograph the engravings, some of which are in highly inaccessible areas and they were first seen due to the Orinoco River’s low levels.

“The Rapids are an ethnic, linguistic and cultural convergence zone. The motifs documented here display similarities to several other rock art sites in the locality, as well as in Brazil, Colombia, and much further afield,” said  author of the paper, Dr Philip Riris from UCL Institute of Archaeology, in a press release.

Top-down aerial perspective of east panel on Picure, with interpretative overlay of main engravings. North is at the bottom of the image Credit: Dr Philip Riris

“This is one of the first in-depth studies to show the extent and depth of cultural connections to other areas of northern South America in pre-Columbian and Colonial times."

“While painted rock art is mainly associated with remote funerary sites, these engravings are embedded in the everyday – how people lived and travelled in the region, the importance of aquatic resources and the seasonal rhythmic rising and falling of the water. The size of some of the individual engravings is quite extraordinary.”

Rock engravings from this region have been studied before but never in detail like this time.