Ellen Lloyd - AncientPages.com - Despite years of searching, the ruins of King Solomon’s temple have never been found.

The probability that we will one day find one of the most stunning achievements of Biblical King Solomon is extremely small. There is nothing left today of the once magnificent building because the Babylonians destroyed it completely in 586 B.C. 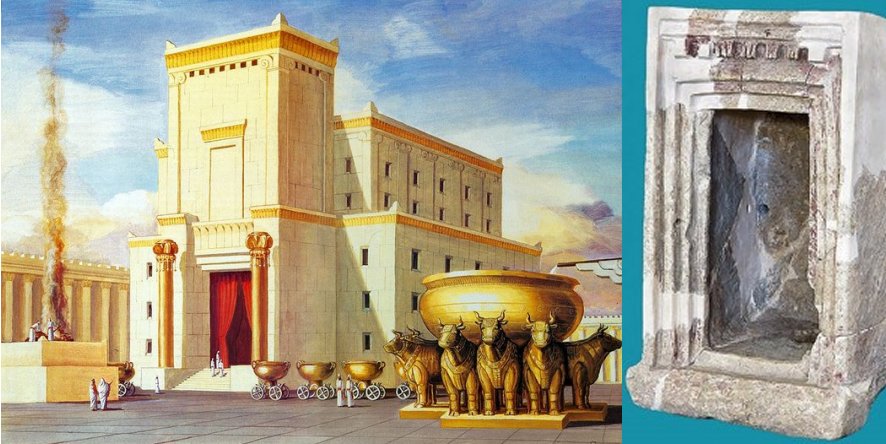 Did King Solomon’s Temple Really Have Five Doorways Leading To The Inner Shrine?

From Biblical descriptions, we learn that the temple of King Solomon was built of stone and roofed with wooden beams. Its interior was said to be splendid. The walls and floors inside the temple were lined with wooden boards and covered in gold. The construction of the temple and its furnishings took seven years.

The Bible tells us that inside the temple of King Solomon the doors of the inner shrine had five mezuzot. The word mezuzah is often defined as a doorpost. 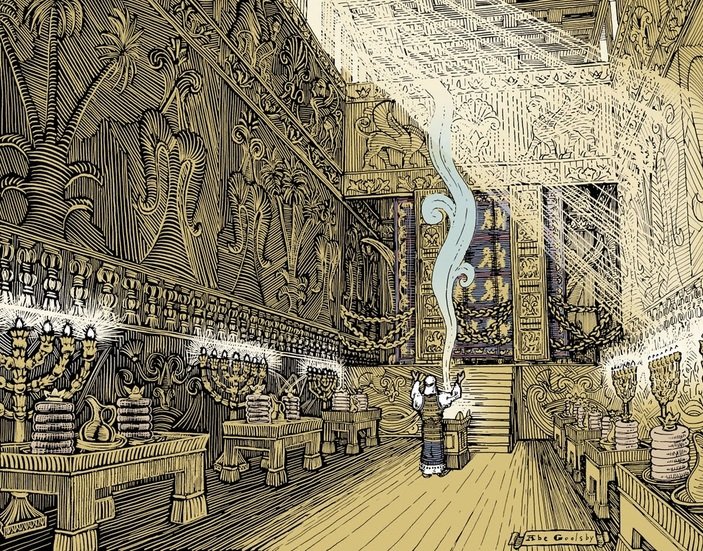 Artistic impression of King Solomon's temple and its interior.

At this point, the whole story becomes rather complicated, which is why this passage has puzzled Biblical scholars for many years.

It seems difficult to believe that there were five doorposts between the outer sanctum and the inner shrine of King Solomon’s Temple.

So, what exactly is meant with these mysterious doorposts in King Solomon’s temple?

Archaeologists think that the discoveries made at Khirbet Qeiyafa may shed some light on this long-standing mystery.

Intriguing Discovery Could Offer Proof Of The Tabernacle – Has The Dwelling Place Of God Been Located?

Located about 20 miles from Jerusalem, Khirbet Qeiyafa is an intriguing archaeological place where many Biblical finds have been made. The site contains the remains of a fortified Iron Age city. At Khirbet Qeiyafa archaeologists unearthed the oldest known Hebrew inscription.

The ancient inscription is associated with Biblical King David. Some years ago, scientists found the ruins of an ancient fortress. The second city gate at Khirbet Qeiyafa, believed to be Biblical Sha’arayim, is located on the southern side of the site. It’s a site of great interest for anyone interested in Biblical archaeology.

Building Model Of A Shrine May Solve The Biblical Mystery

Scientists think that Khirbet Qeiyafa may hold the answer to unlocking the meaning of a mezuzah in the Bible regarding King Solomon’s Temple.

A building model of a shrine from Khirbet Qeiyafa reveals the presence of a recessed doorway. The model shows a doorframe with three or perhaps even four  interlocking doorframes surrounding an opening. Scientists suggest that these interlocking frames are what is meant by mezuzot in the description of King Solomon’s Temple. 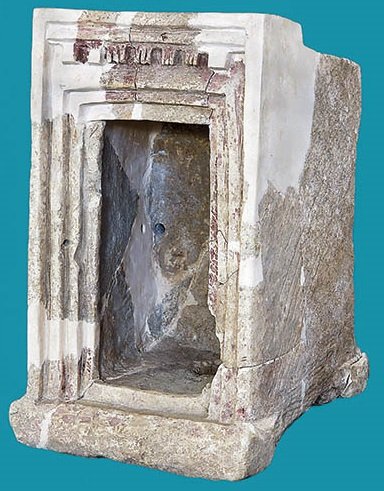 This building model from Khirbet Qeiyafa depicts an elaborate doorframe surrounding an opening. With three—or maybe four—interlocking frames, the recessed doorframe sets apart the inner room as sacred space. This model may unlock the meaning of a mezuzah in the Bible regarding the description of Solomon’s Temple. Photo: G. Laron/Courtesy of the Khirbet Qeiyafa Expedition.

If researchers are correct, it means that the doors to the inner shrine of King Solomon’s Temple did not have five doorposts, but rather five recessed doorframes. 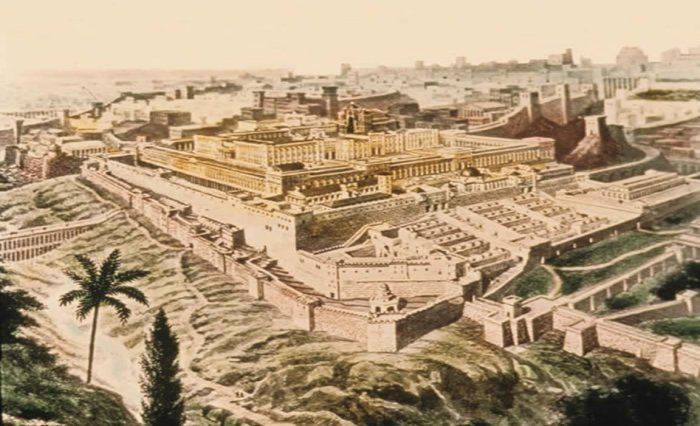 This is by no means unthinkable because temples with recessed doorways have been discovered throughout the ancient Near East.

We may never know what King Solomon’s temple looked like, but we can get a good picture by studying the Ain Dara temple in northern Syria. The size, age, plan, and decoration of the Ain Dara temple are very similar to the magnificent temple built by King Solomon. Even the selection of the location was identical. Both buildings were erected on huge artificial platforms built on the highest point in their respective cities.

King Solomon’s temple remains shrouded in mystery, but the discovery made at Khirbet Qeiyafa may at least solve one ancient puzzle. Scientists think the stone model of the shrine supports the claim that recessed doorframes, or mezuzot, were known in that region at that time.