A. Sutherland - AncientPages.com - Exactly today but 493 years ago, on February 28, 1525, the last ruler of the Aztecs, was executed by the conquistadors of Hernán Cortés.

He was the last tlatoani, which in Nahuatl, means "one who speaks, ruler" and his name Cuauhtemoc means “descending eagle” or “falling eagle”. This name suited tlatoani Cuauhtemoc perfectly. He was a young heroic, aggressive, and determined ruler of Tenochtitlan for a very short time, only from 1520 to 1521. 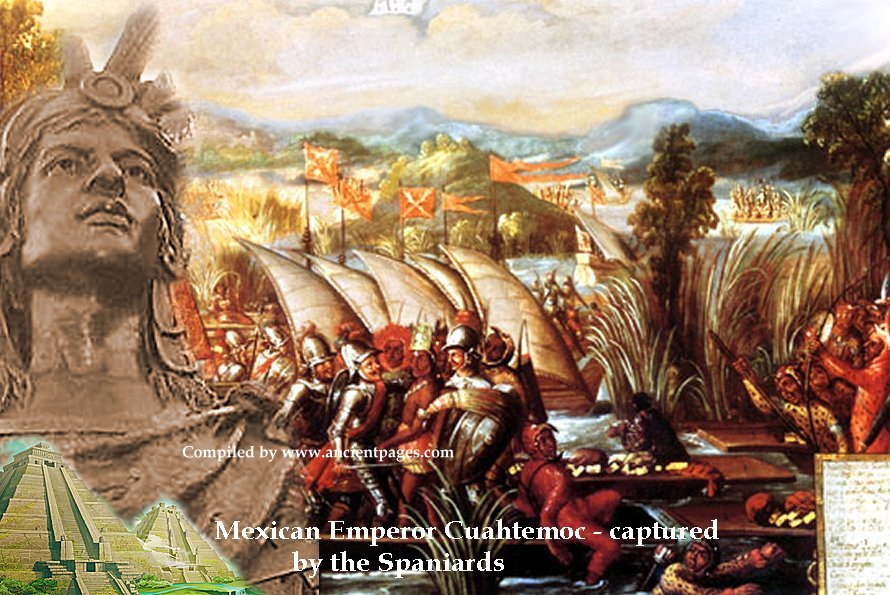 Cuauhtémoc who was Motecuhzoma II’s nephew was chosen as tlatoani in difficult times, when his predecessor, Cuitláhuac, younger brother of Moctezuma II, died, (probably) due to the smallpox epidemy that lasted for over two months and left thousands dead.

The young man possessed the bravery needed in a leader during this time of crisis. In December 1520, Cortés’ forces and allies began to approach Tenochtitlán, the heart of the Aztec Empire.

Cortés had a plan; he wanted to set up a siege. Using more than 8,000 native workers, the Spanish had built 12 brigantines (a type of sailing ship) that he planned to use to cross Lake Texcoco, in central Mexico. Taken apart and carried to the lake, the ships were then reassembled. In this military tactic, an army surrounds a city or fort and prevents it from receiving supplies or additional troops. Cortés cut the flow of freshwater into the city because he knew that a city without food and water had no chance to survive.

On May 30, 1521, the Spanish launched the brigantines they had brought in pieces to the shores of Lake Texcoco. They used their ships to attack the Aztecs on the causeways and to stop canoes from crossing the lake to bring supplies. 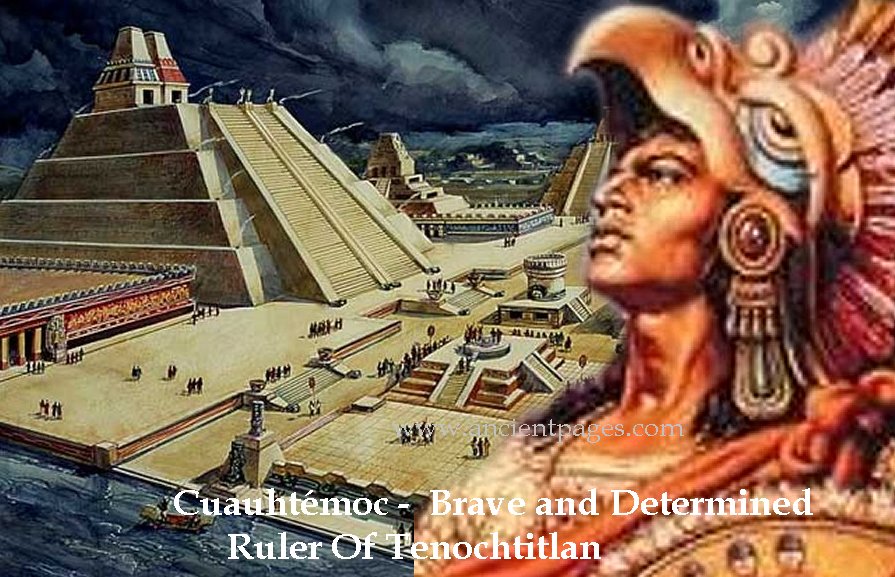 Cuauhtémoc was aware of the situation.

Along with him, the Aztecs defended themselves heroically, but they were alone because their allies abandoned them at the time.

The Aztecs held out for 80 days. During that time, Cortés and his troops already occupied the southern shore of the island. They fought their way through the city, gradually advancing street by street, but it was not easy as the Aztecs resisted to the very end.

Cortés wanted so much to spare the great city of Tenochtitlan for himself, but the Aztecs refused to surrender, so the only way to conquer Tenochtitlan was to destroy it.

The Aztecs' tough leader, Cuauhtémoc, was captured on August 13, 1521, while fleeing Tenochtitlán in disguise with his wife, family, and friends. He surrendered to Hernán Cortés and, according to Spanish sources, he offered Cortés his knife and asked to be killed.

He was tortured to reveal the location of hidden Aztec gold, which probably did not exist. He withstood the torture of having his feet held against fire. Cortés eventually had Cuauhtémoc executed for conspiring against him.

It is still debated whether there actually was a conspiracy or not.

Coe M. D Mexico: From the Olmecs to the Aztecs