The purpose of the chultuns is still an enigma. It’s not entirely clear for what purpose the pre-Columbian Maya took the time and effort to build these underground chambers.

Suggestions which have been proposed include their use as water cisterns, burial chambers, sweat baths, food cellars, underground religious shrines, and even some form of outdoor plumbing.

Chultuns Were Not Only Used For Water Storage

Most chultuns were bottle-shaped underground storage chambers, carved out of the relatively soft limestone bedrock. They were often plastered with a thick coating of lime stucco.

Archaeologists have discovered that most chultuns were constructed in places where canotes were absent.

Canotes are sinkholes resulting from the collapse of limestone bedrock that exposes groundwater underneath. Especially associated with the Yucatán Peninsula of Mexico, cenotes were sometimes used by the ancient Maya for sacrificial offerings. 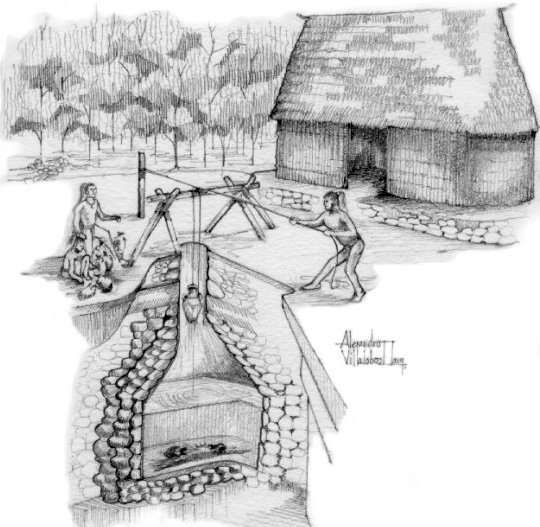 Chultuns were rather common in southern Mesoamerica and they were most like used to store rain water. Many chultuns have been looted by thieves looking for valuable artifacts. The fact that the Maya still use these chambers for disposing waste makes archaeological examinations of the chultuns very difficult.

Mystery Of The Maya Blue Pigment And Its Unusual Chemical Composition

In addition, nor has any series of artifacts been found in chultuns which might provide clear-cut evidence for a simple answer.

The presence of the stone covering lids points to the probability that whatever went on inside the chultuns required that they be kept closed. If the function of chultuns was the storage of food, a primary use of these lids would have been to keep out rain and possibly vermin. What sort of foods might have been stored in chultuns by the Maya?

In the 1960s, Dennis E. Puleston 1940-1978), American archaeologist and ecologist whose work ranged from experiments in reconstruction and usefulness testing of chultuns. 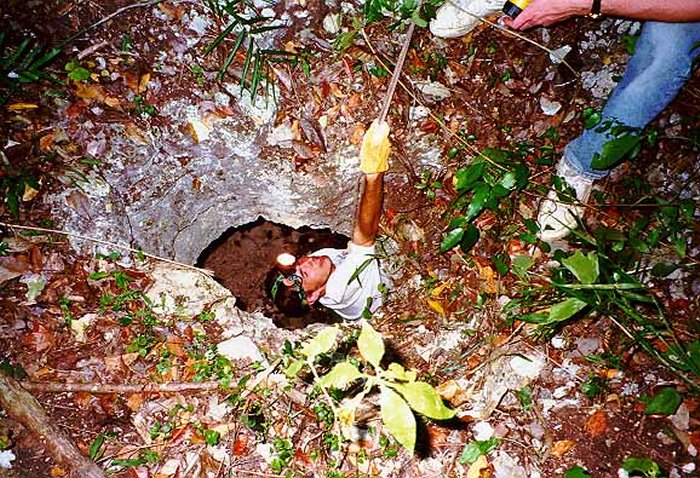 Puleston’s studies of chultuns revealed that despite their common name, there were different types of these man-made underground holes. In time, Puleston became convinced that chultuns were used for a variety of purposes. Some of the chultuns which were single chambers with plastered walls were constructed for water storage. However, Puleston noticed that the chultuns in the Tikal region were different in shape, not plastered, and did not hold water.

When Puleston filled a chultun with water and watched it drain away quickly. This lent credibility to his assertion that chultuns of this region were not for water storage.

After many weeks of study, Puleston noticed that the chultun offered valuable protection from vermin. Nevertheless, the underground chambers could not be used for the storage of maize, beans, or squash because these food items were consumed by insects and rodents.

There was no reason to suspect the chultuns were burial chambers. So, why did the Maya construct these enigmatic subterranean holes? 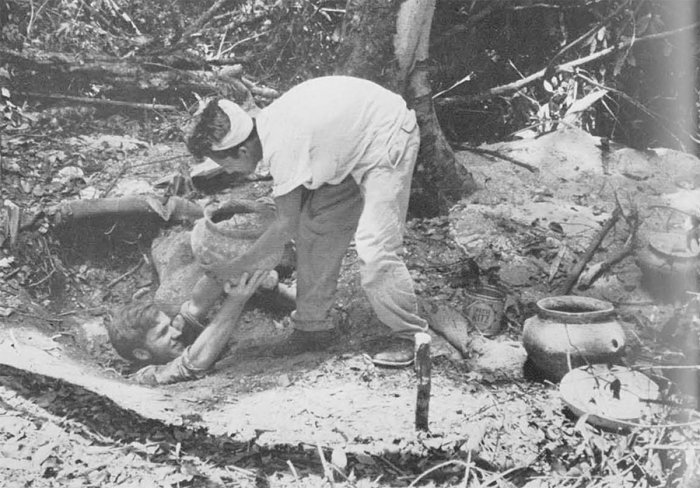 It's very unusual that artifacts are found inside a chultun. In Chultun 3F-6, ancient vessels were discovered. These turned out to be the only examples of this type yet found in Tikal. Image credit: Penn Museum

Puleston had no intentions of giving up. Determined to unravel the mystery of the chultuns, he took some nuts from a local tree and placed it in the storage chamber. Then, he waited. When he returned to the chultun 13 weeks later, he discovered the ramon nuts, not only had survived, but they were still in excellent condition and completely edible.

There are many advantages of using an underground storage system. Puleston’s discovery revealed that the ancient Maya realized some of the underground chambers were particularly effective for long term storage of ramon nuts.