A. Sutherland - AncientPages.com - The Incas were very strict with the laws and punishments, which were very harsh and severe. Unlike other places, the Inca Empire had low crime rates.

The laws were controlled by special officials chosen by Sapa Inca and they had to be respected by the Inca citizens. The laws were based on beliefs, practices and customs of the society. The Inca had no system of imprisonment. 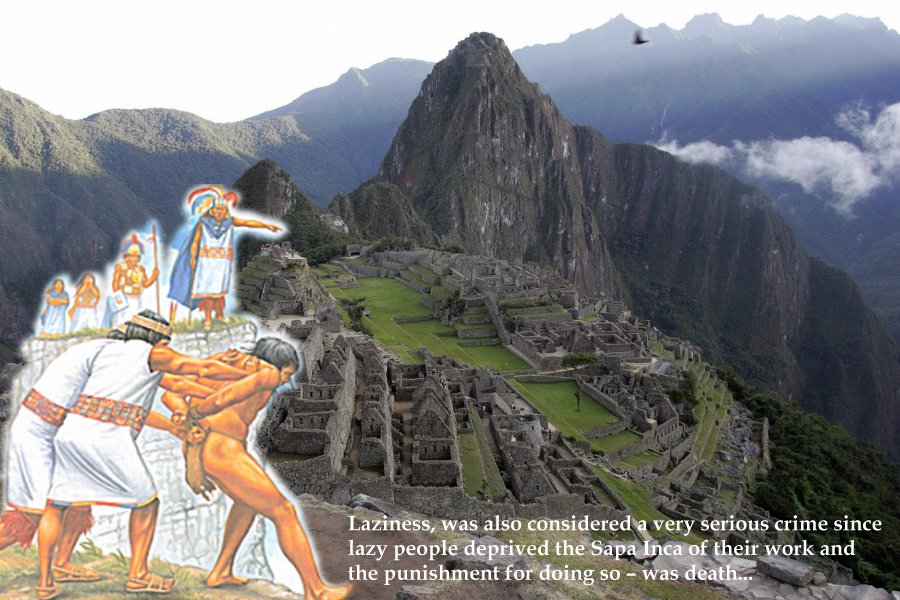 Every member of the Inca society had to worship the sun.

Three most important Inca laws imposed on all citizens, were: “Do not steal” (Ama Sua), “Do not lie” (Ama Llulla) and  “Do not be lazy” (Ama Quella).

Regional leaders were authorized to decide in several different matters of law but not all.

Only a higher authority could decide in cases of the penalty in form of mutilation or death, which was given for robbing, killing, breaking state possessions or entering rooms of the Chosen Women.

Laziness, was also considered a very serious crime since lazy people deprived the Sapa Inca of their work and the punishment for doing so – was death, which was also applied in case of homicide, adultery, rebellions, second offenses in drunkenness and theft. 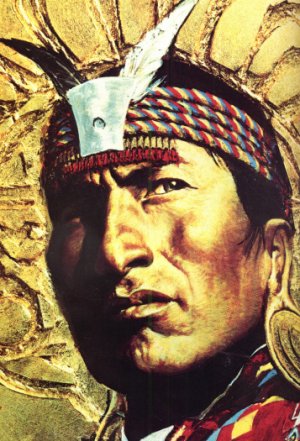 If a citizen made a mistake for the first time, then he/she would get a reprimand from the government.

In case of a second offense, the punishment was very severe – death by stoning, hanging, stoning or by pushing the person off a cliff.

The Inca government promoted peace among its citizens, and in fact there was very little crime in the Inca Empire, but at the same time, there was no mercy when a crime was committed.

Any kind of law transgression represented an action against divinities and was therefore, unacceptable.

The purpose of Inca law system was to teach a lesson to the lawbreaker and prevent re-occurrence by any member of the society, therefore, mutilation and the death penalty were frequently applied.

Lucky ones, who managed to survive a punishment, had to tell their stories for the rest of their lives.

People, who listened willingly to the stories, would give them food but their survival was based on how engaging and compelling their crime story was.

The Inca respected all local laws in new territories conquered by them, as long as these laws were not in conflict with Inca law.

Otherwise, all contradicting laws had to be removed; if the leader of the territory conquered by the Inca, opposed the new set of rules, he would be executed.