Ellen Lloyd - AncientPages.com - At first glance, these ancient artifacts may look like ordinary bones covered with insignificant dots. That is not the case, however.

For as long as anyone can remember, people have been fascinating with the night skies. There are many examples of how our ancestors’ profound interest in astronomy.

Observations of celestial objects took place in many pre-historic societies and today, we can admit that ancient astronomers possessed advanced knowledge about the Sun, the Moon, asteroids, various solar planets, and interesting cosmic events. When and where people started to study the heavens and celestial objects is impossible to say, but if we turn our attention to Europe we discover something quite extraordinary.

European Paleolithic works of art can be dated to approximately 30 000 BC. and are considered one of the achievements of the Upper Paleolithic cognitive revolution. The earliest cave paintings in La Grotte Chauvet-Pont-d’Arc, France were created about 31 000 years ago. Not only are the images a great example of prehistoric art, but they have also motivated researchers to attempt to “decipher” the meaning and purpose behind some of the ancient symbols.

While examining Paleolithic cave art scientists discovered that Paleolithic people had a great interest in astronomy. 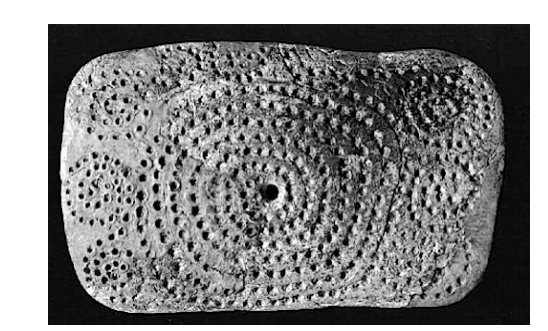 Alexander Marshack (1918-2004), an American independent scholar and Paleolithic archaeologist was one of the first scientists who stated astronomy played an important role during the Upper-Paleolithic era.

He studied ancient bone fragments discovered in French caves and he interpreted the various Paleolithic and Mesolithic, mostly portable, objects that bear engraved or painted series of dots or lines as accurate lunar observations.

Juan Antonio Belmonte writes in the book Ancient Astronomy: India, Egypt, China, Maya, Inca, Aztec, Greece, Rome, Genesis, Hebrews, Christians, the Neolithic and Paleolithic that Marshack’s “arguments were based not only on counting the signs but on what he called “microscopic analysis”.

The interpretation of the markings on various artifacts as notational systems rests on the hypothesis of a slow accumulation of these marks which correlate with lunar or solar motion. Thus he concluded that these artifacts reflect nonarithmetic observational astronomical skills and lore. The most well-known depiction interpreted by him is found on the bone plate about 30 000 years old, from Abri Blanchard (Dordogne, France) which is said to represent the waxing and waning moon positions in serpentine form.” 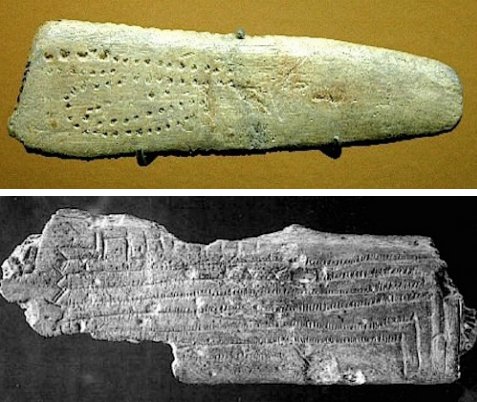 “Francesco d’Errico and colleagues developed a different type of methodology (d’Errico 1989). Drawing on experimental archaeology, they compiled a database in an attempt to demonstrate whether the notches represent notational systems or not.

Winged Sun Disk: One Of The Oldest And Most Important Solar And Religious Symbols

Moon: What Was Its Role In Beliefs Of Ancient People?

After investigating a great number of artifacts they concluded that there were some objects which might have depicted parts of a series of complex codes based on the hierarchical organization of information, and using formally differentiated marks. One of these artifacts might be the find from the cave Taï (Drôme, France) whose age is about 10 000 years.

After studying Eurasian portable art the Russian investigator B.A. Frolov also became convinced that these objects were calendars following the monthly motion of the moon and/or yearly solar path, and claimed they were used by early communities. The most well-known bone plate interpreted as a lunisolar calendar is from Ma’lta (Irkutskaya Oblast, Russia).”

The theory that people created such complex lunar and solar calendars so long ago may sound somewhat far-fetched, but there is a lot of evidence that suggests our ancestors were rather familiar with the movements of the Sun, Moon, and even other planets.