A. Sutherland - AncientPages.com - The story about Elli is a very powerful Norse myth that teaches us many important things.  Old Age has always frightened both humans and gods according to Norse beliefs.

Therefore, it is vital that we can continue to have strength in our old age, and Elli, the Norse goddess of Old Age reminds us about it. 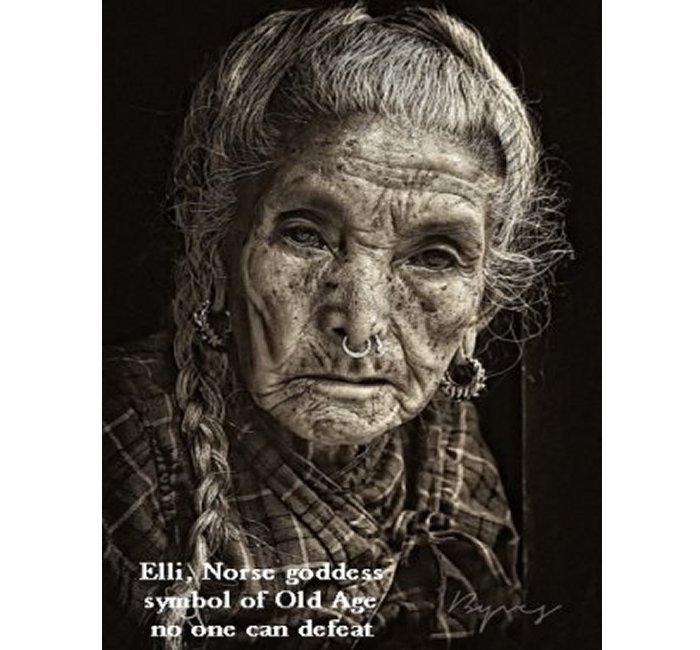 Snorri Sturluson tells his story in Prose Edda's book “Gylfaginning”. We meet Elli and the trickster god Loki, this time, as the giant Utgarda-Loki (or Loki of the Outyards") and the ruler of the castle Útgarðr in Jötunheimr.

One day, Thor visited Utgard-Loki (also known as ‘Skrymir’), the strongest and the most cunning of the giants, in his mighty Utgardr castle.

To test Thor’s strength, Utgard-Loki challenged him to wrestle the old giantess Elli, rather than the strong men of Utgard-Loki’s bodyguard.

Elli seemed to be the weakest of the nurses of Utgardr and Thor believed it’s an easy match to defeat her, so he accepted the challenge. Thor struggled long and hard to defeat her but surprisingly, the old woman stood fast. 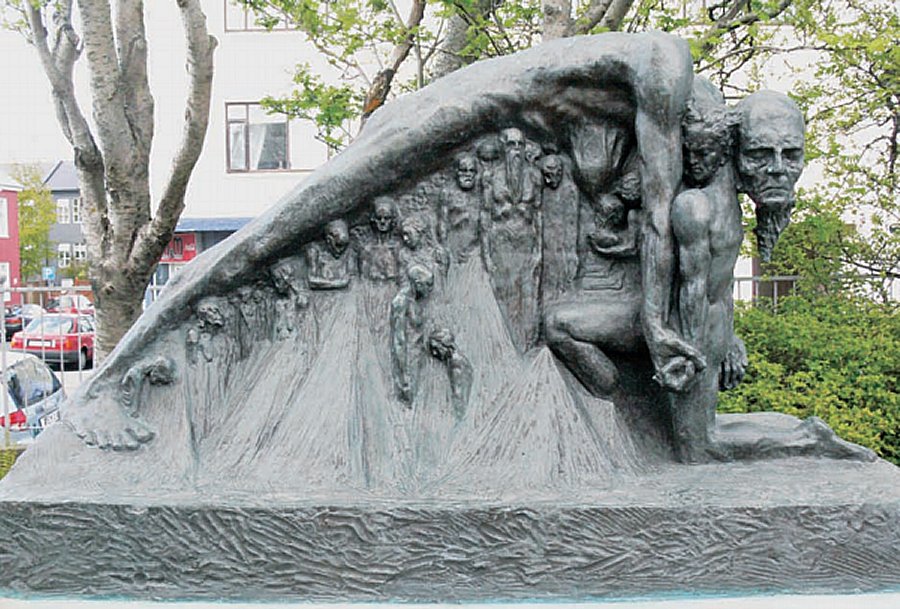 Finally, she put a hold on him to drive him to the ground and Thor fell to one knee. Thor, the brave god who could fight many giants was almost defeated. Then suddenly, Utgard-Loki ended the match and explained how meaningless it was to fight further with his people. 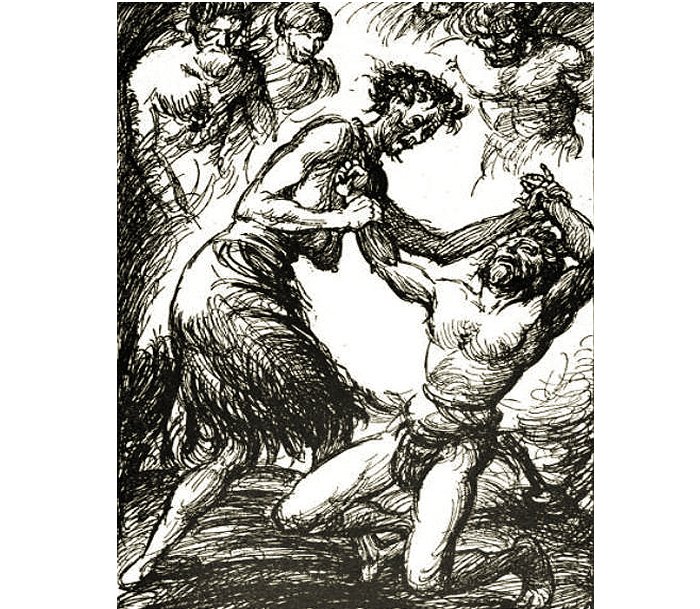 A depiction of Elli, wrestling Thor (1919) by Robert Engels. Image via Wikipedia

The next morning, Thor left Utgardr castle but before Thor’s departure, Utgard-Loki accompanied him on the way and asked what he thought of his visit to the castle.

Thor was humiliated because of the contest. In response, Utgard-Loki said that he deceived him in the contest.

“In the wrestling, you contested with Old-Age, who defeats everyone, despite their strength,” Utgard-Loki said.

“No one can defeat Elli, the personification of Old Age. And now we must part, and it will be better if we do not meet again.

"Be warned that I will always defend my castle with similar tricks."

No one can defeat old age and remain young, forever. The gods in Asgard made several attempts to stay young and they managed to do it but it was only artificially - with the help of magical golden apples of Idun. They had to regularly eat marvelous golden apples from Idun’s garden to ward off diseases, disabilities, and old age and remain vigorous, beautiful, and young through countless ages.

Later, Thor learned the tricks that have been mounted against him and that his exploits were worthy of the most powerful gods.