AncientPages.com - A demonic Celtic creature known as Buggane is mentioned in many folk stories in Wales, Ireland and Scotland.

In ancient beliefs of people living in the region of Isle of Man, Buggane is a minor god that hates churches. 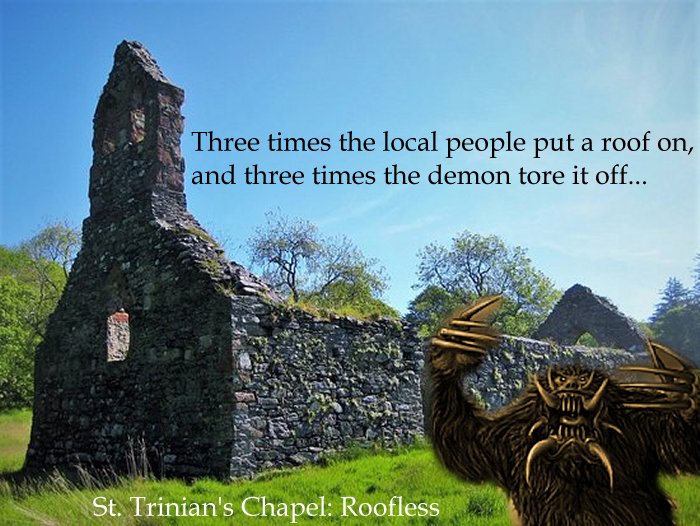 At night, his burning evil eyes look like glowing torches. By gazing at churches, Buggane can easily set fire on them. Except for starting fires, this demon can initiate powerful storms.

Buggane is a chaotic evil shapeshifter with natural look described as unpleasant; he is described as a gigantic ogre-like creature covered with shaggy black hair; he has large red mouth and glittering sharp tusks that can be almost as dangerous as his glowing burning eyes.

However, as a magical creature, Buggane is capable of shape-shifting and can appear as a cow, a horse or a human. However in human form, Buggane can be easily recognized for his long hair, and nails.

Mystery Of The Banshee – Is The Celtic Death Messenger Linked To The Tuatha De’Dannan Race?

This creature tends to have no respect for any rules, other people's lives, or anything but his own, selfish and often cruel desires. Buggane does not like lazy people and those who in one way or another come in conflict with the Faeiries and offended them. Buggane occasionally punish these people on behalf of offended Faeries. 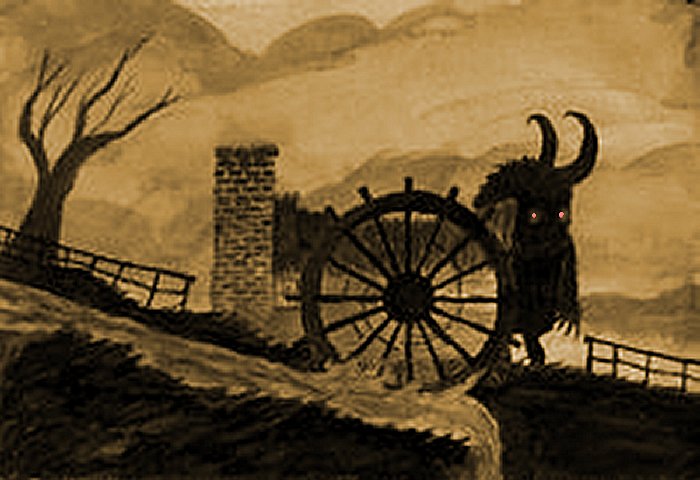 Since Buggane is a water-spirit, he always lives in or in the vicinity of waterfalls but also in old ruins, forests  Nothing and nobody can disturb Buggane’s resting places. Buggane lives near water and as a creature of the night, his evil activities usually take place at night.

His power weakens during daylight hours.

Does Buggane have any weakness or is his terror unlimited? In fact, old tradition says, Buggane is unable to cross water or stand on sacred ground.

One tale tells of Buggane living in the hills and the fate of St Trinian's church located on the Isle of Man. Buggane was frequently disturbed by the church bells, so this giant ogre was so angry that he ripped off the chapel’s roof. Three times the local people put a roof on, and three times the demon tore it off.