A. Sutherland - AncientPages.com - Sacred Mount Fuji on Honshu Island, Japan, has been a widely venerated mountain in Japan since ancient times. People of both Buddhist and Shinto faiths considered it an Abode of the Immortals. 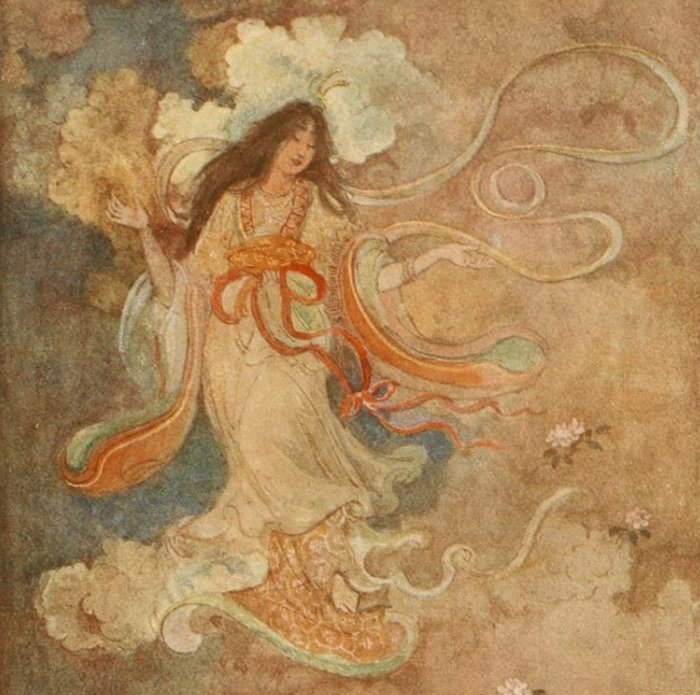 The Japanese have long regarded certain mountains as objects of worship. They believed that mountains are sacred places where numerous gods reside. This belief still lives on and is continuously practiced in Japan.

The present-day Mount Fuji is a combination of three successive volcanoes. Fuji itself is thought to have formed in the past 2.6 million years on top of a far older base, about 65 million years old.

This mighty mountain became admired and feared as well. Mount Fuji, whose magnificent peak has been spectacularly described as “the Supreme Altar of the Sun,” has been a place of pilgrimage for centuries.

According to the old Shinto tradition, the pilgrims, wearing white clothes, and oversized straw hats, formed processions accompanied by ringing bells and chanting:

“May our six senses be pure, and the weather on the honorable mountain be fair.”

The pilgrims traditionally believed they could wash away their sins by climbing the mountain from the bottom to the top and then back. 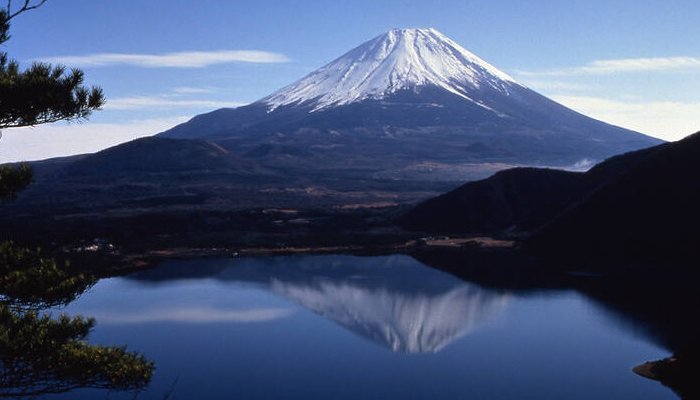 High snow-capped mountains made people aware of the source of abundant pure water.

Ancient belief says that the mountain deities could miraculously call clouds to collect rain when needed.

We learn from the great works of prominent British Japanologist Professor Basil Hall Chamberlain that “down to times almost historical the country round Fuji formed part of Aino-land, and all Eastern Japan is strewn with names related to Aino people.

In fact, another name of Mt Fuji is “Fuchi,” which was also the name of the Aino Goddess of Fire, the guardian of home and hearth in the beliefs of semi-nomadic Aino people who inhabited the northern islands of Japan.

A Buddhist myth tells that Mt. Fuji was a female and another mountain, Mt. Haku (a male), was higher. Angry Fuji beat the god of Mt. Haku on the head, cracking his skull into eight smaller mountain peaks. Her action made her the highest mountain in Japan forever.

Another Buddhist myth says that Mt. Fuji represented the source of Water of Life, which flowed from a stream on the slopes guarded by Sengen, the daughter of the mountain god. 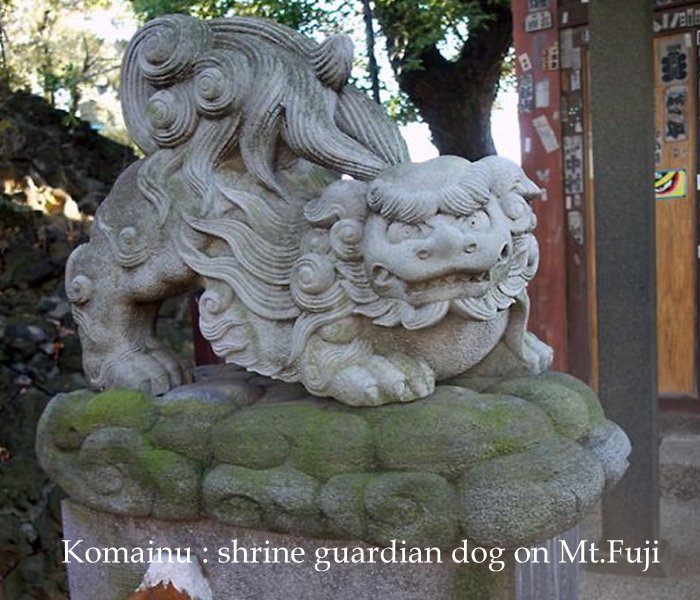 As a site of spiritual significance, Mt Fuji was divided into three zones. The everyday world had its location at the bottom of Mt Fuji in the zone called Kusa-yama.

Another zone, Ki-yama, was the transient realm between the world of humans and the abode of gods. The third zone, Yake-yama, located at the top, was the realm of the gods, Buddha, and death.

Fuji was once a mighty active volcano. Japan is located in the Pacific “Ring of Fire”; many of Japan’s mountains are of volcanic origin.

There are currently 186 volcanoes, sixty of which are active.

It was natural that people heavily dependent on agriculture worshiped such mountains.

Their worship is frequently linked to the worship of countless watersheds and streams. Over the centuries, the people built numerous shrines on the summits of other mountains, not only Mt Fuji, and venerated many various mountain deities.

However, the mighty Mt. Fuji, the center of the world, will stand forever above all of them,

Mt Fuji is the highest and youngest of the Japanese mountain formations. This symmetrical volcano rises to 3776 m (12,388 feet) and represents the symbol of Japan. In the earthquake that occurred in 286 AD, there was a strong, fiery eruption and the mighty Mt Fuji (also known as Fujiyama) emerged suddenly during only one night.

The base of Fuji is about 125 km in circumference, while the crater at the summit has a surface diameter of about 500 meters, and sinks to a depth of 250 meters. Fuji itself is thought to have formed in the past 2.6 million years on top of a base that is far older, about 65 million years old. The present-day Mount Fuji is actually a combination of three successive volcanoes.