Ellen Lloyd - AncientPages.com - The ancient Eagle and the Condor prophecy is a beautiful and interesting legend that reveals future changes in our society.

It’s not only a message for the future and the changes that are bound to happen, but it also tells what happened in the past and how human societies split into two paths. It tells the story of conflict, but also peace and re-union. 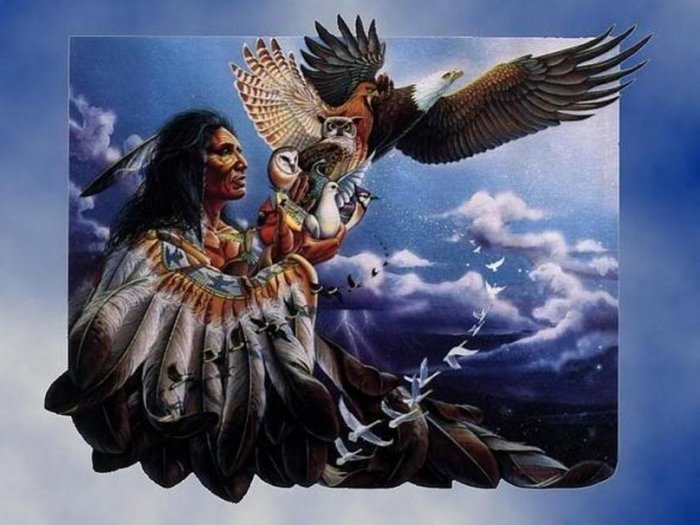 Native Americans have many prophecies that tell about changes that will take place in the near future.

Ancient Native Americans believe that humans were divided into two groups. One group followed the path of the Eagle and the other of the Condor.

Both of these magnificent birds are powerful symbols in Native American mythology. The Eagle represents the North and is associated with masculine energy and focus of the mind. The path of the Condor is represented by the South and is deeply connected to feminine energy and the softness of the heart.

To Native Americans, the eagle is symbol of courage, wisdom and strength. It’s a messenger of the creator and we must treat it with respect.
The meaning of the symbol depends on a little on which tribe discusses it, but the meaning behind the powerful bird is more or less the same. It’s sacred because it can fly highest of all birds and are therefore closest to the Great Spirit. It was custom to hold an eagle feather aloft when saying a prayer and during special council meetings eagle feathers were held as an assurance that the person was telling the truth. 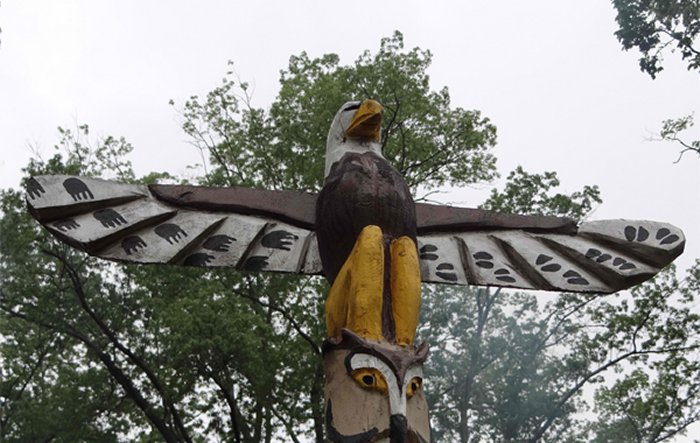 Contrary to what many think, feathers were not a sign of ranks among Native Americans. Each and every bird was special and so were their feathers.

Feathers were very important to Native Americans and they served as a symbol of the Indian way of life. A feather could be a symbol of trust, honor, strength, wisdom, power, freedom, and many more things. Native Americans believed that every bird species had its own character traits that could be transmitted to humans through the feathers. Bald and Golden Eagles, as well as their feathers, are highly revered and considered sacred within American Indian traditions, culture, and religion.

Condor – A Symbol Of The Sky

Native Americans consider the condor to be a sacred animal and there are various myths about how the bird is associated with the creation of life on Earth. The Condor was and is still admired as a symbol of power and majesty. Among many tribes.

The Wiyot Indians of California believe the Condor was the ancestor of their tribes. In the Quechua and Aymara cultures of South America, Condor is a symbol of the sky and is frequently represented in tribal art. The Mapuche people call Condor the King of Birds and believe he embodies the four cardinal virtues of wisdom, justice, goodness, and leadership. 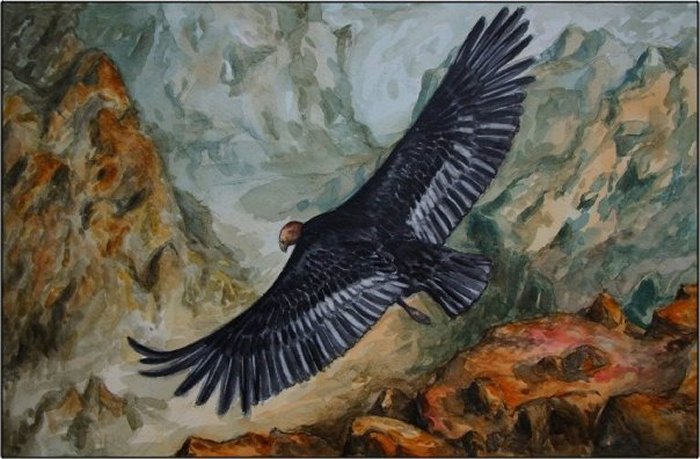 The Condor was worshipped in South America too. It is South America’s largest bird that granted the status of King of the Andes, was sacred, mystical bird, a deity to the Incas and to honor this bird, they skillfully shaped the small temple into the outspread wings of a flying condor, which is known to have a wingspan of up to 8 feet, and it can fly to great heights.

The Condor was a sacred bird for all the people of the Andes. The bird was a divine symbol of fertility and people believed that by moving its enormous wings, the bird could gather clouds producing rain, the best fertilizer for the land.

The Eagle and the Condor prophecy is a 2,000-year-old message for the future. According to John Perkins, best-selling author and co-founder of Pachamama Alliance, every 500 years, there is an era called a Pachakuti. The Fourth Pachakuti started in the 1490’s, and the Fifth began in the 1990’s.

Although it is uncertain when and where the Eagle and the Condor legend originated from, it seems it comes from the Amazon about 2,000 years ago.

Perkins has found a different version of the legend in the Andes, through Central America, and has seen its influence on the Maya, the Aztec, the Hopi, and the Navajo."

When the Eagle of the North flies with the Condor of the South, the spirit of the land she will re-awaken. – Inca prophecy."

The ancient prophecy tells that after people have decided to split, one group following the Eagle and the other the Condor these two paths will not meet for many years. During the fourth Pachakuti era, the Eagle and the Condor people would come together again and the Eagle would be so strong as to practically drive the Condor into extinction, but not quite.

The fifth Pachakuti era stands for a new level of consciousness for humanity. During this time, people will reunite. “The Fifth Pachakuti would create a portal for the Eagle and Condor to fly together in one sky, to mate and create a new offspring: higher human consciousness. Some say that this offspring is represented by the Quetzal of Central America, the Mayan bird that is the symbol of bringing together the heart and mind, art and science, male and female,” John Perkins says. 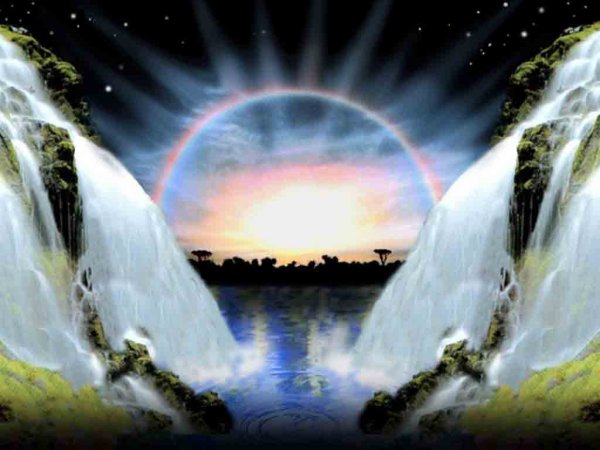 Among Native Americans, we encounter another similar legend, known as the Prophecy of the Rainbow Warriors. It also tells what about the inevitable changes that will take place in the future. According to Native American beliefs, under the symbol of the rainbow, all races and religions will unite to spread the wisdom of living in harmony with each other and with all creatures.

If you believe in prophecies, then there is much to ne learned from Native Americans, or maybe it is true that the past, present and future exists all at once.