That's what happened in 1779 in Vincennes, Indiana. 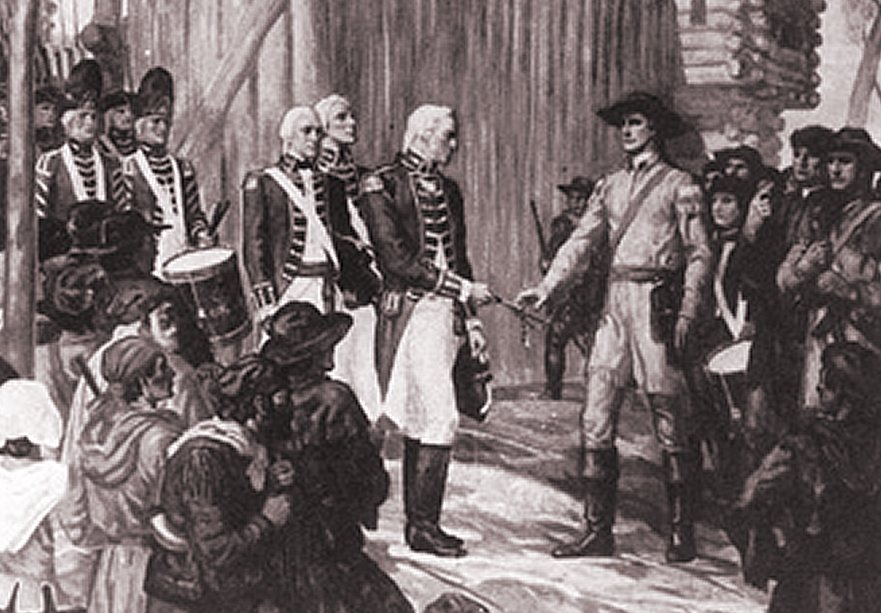 This dramatic painting is one of several at the George Rogers Clark National Historical Park in Vincennes, Indiana that depicts the life of Patriot Clark. Here he is accepting the surrender of Fort Sackville from Colonel Henry Hamilton.

In an attempt to stop the raids, George Rogers Clark led his Kentucky militia and frontiersmen into Illinois territory to strike at the base of Indian operations. There, he captured two British posts along the Mississippi, then turned his small army toward Vincennes. After an 18-day march, Clark and his force of 170 Americans and  Frenchmen reached Fort Sackville, arriving on February 23, 1779.

After the French and Indian War, the British controlled a large portion of the Trans-Appalachian frontier.

In 1763, they forbid the settlement of lands west of the Appalachian Mountains, and from their posts north of the Ohio River, began sending Indian war parties against settlers who ignored the proclamation line. 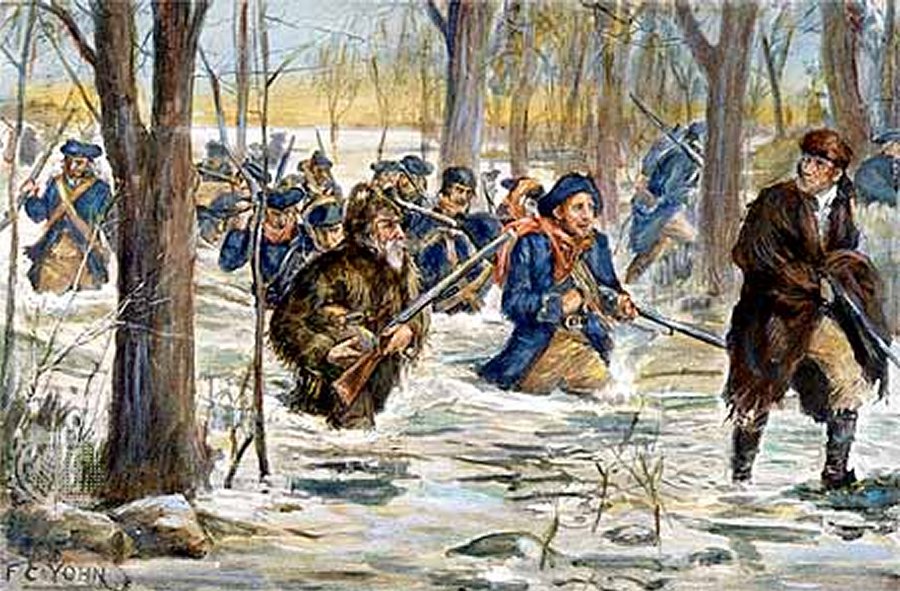 March to Vincennes by Frederick Coffay Yohn, painted in 1929.

After an 18-day march Clark and his force of 170 Americans and  Frenchmen reached Fort Sackville, arriving on February 23, 1779.

After spending February 24 re-supplying, thanks to French citizens of Vincennes, Clark managed to convince the larger British garrison that he had an even larger force.

Clark's men surrounded the fort and paraded flags sufficient for an army of 500 men. His frontiersmen also maintained such a rapid rate of fire that the British thought there were a large number of Americans. He next ordered tunneling operations to convince the British that he was tunneling to place explosives under the fort walls. Further, he ordered five captured Indians to be tomahawked in full view of the fort in order to un-nerve the defenders.

The Spirit of Vincennes Rendezvous is held annually on Memorial Day weekend. The event celebrates the capture of Fort Sackville in 1779.

Today, participants of the Vincennes Rendezvous include artisans, strolling musicians, and re-enactors portraying soldiers and camp followers. Revolution-era food is served, such as buffalo burgers, turkey legs, and homemade pies.