Conny Waters - AncientPages.com - The Egyptian ministries of antiquities and foreign affairs have called on Christie's auction house and UNESCO to stop the sale of a quartzite head from a 3,000-year-old stone statue of King Tutankhamun, and return it to Egypt along with a number of other ancient Egyptian artefact to be auctioned on 3 July.

The sale is scheduled to take place at Christie’s auction hall in London on 4 July and the auction house said its sale was legal. 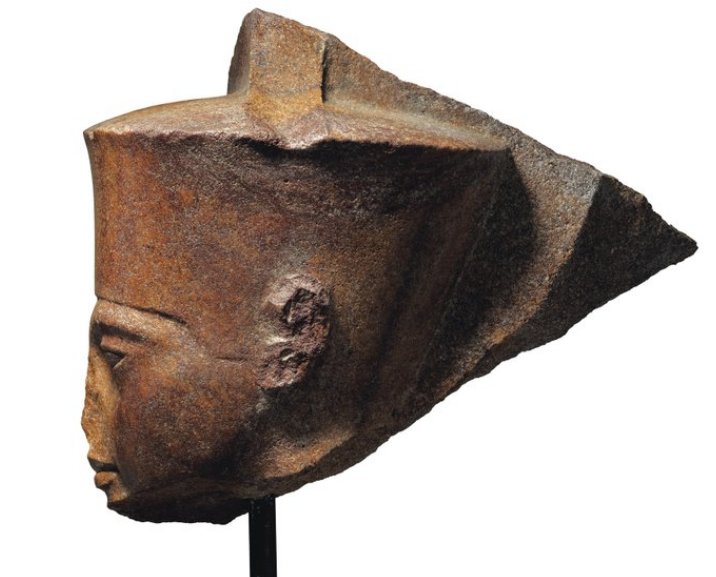 Shaaban Abdel-Gawad, supervisor-general of the Antiquities Repatriation Department at the Ministry of Antiquities, told Ahram Online that the ministry has asked the auction hall to provide the documents showing proof of the object’s ownership.

Christie’s says the head will be auctioned off from the private Resandro collection in a sale that includes marble heads from ancient Rome, a painted wooden Egyptian coffin, and a bronze Egyptian statue of a cat.

Abdel-Gawad pointed out that Egypt always fights against the sale of stolen and smuggled artifacts and that the antiquities repatriation department monitors the catalogues and lists of auction halls.

“If it is proven that any piece was illegally smuggled abroad, all legal procedures will be taken with Interpol and in coordination with the Egyptian Ministry of Foreign affairs to stop its sale and ensure its return,” Abdel-Gawad pointed out. “We will not allow anyone to sell Egyptian artefacts.”

“We will do our best and take all the required procedures to stop this auction immediately and ask for the return of all the pieces,” said Mostafa Waziri, secretary-general of the Supreme Council of Antiquities.

According to Christie’s listing, the head is 28.5cm-tall, carved in brown quartzite and depicts the boy king in the shape of god Amun. Christie’s said that the collection was acquired from Heinz Herzer from Munich in 1985.

Prior to this, the head was owned by Austrian Joseph Messina, who acquired it in 1973-74 from Prinz Wilhelm von Thurn und Taxis, who reputedly had it in his collection by the 1960s. It was exhibited twice: in Germany in 1992 and 1993 and in Spain in 2002.