Conny Waters - AncientPages.com - A recent study of an ancient silver bowl with Greek-style reliefs found in Tibet decades ago has revealed something surprising. It was long thought the bowl is covered with scenes from Homer’s “Iliad” but this is not the case.

According to a new report published in the Bulletin of the Asia Institute the ancient Tibetan bowl depicts Alexander the Great and servants, based on a Jewish version of the “Alexander Romance” dating to the fifth or sixth century C.E. that had been previously unknown. 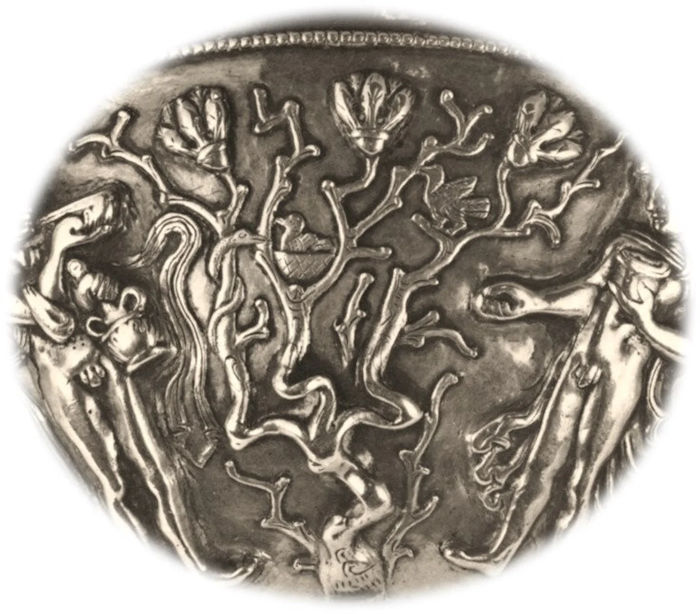 Tree of Life with snake approaching bird on a nest; images of Alexander are on both sides of the treeCredit: Ancient Orient Museum in Tokyo

The bowl depicts six males.  According to the authors of the study, Alexander himself is shown three times, once picking fruit from the Tree of Life, and twice drinking from the Fountain of Life. Visible are also two Indian carriers of the Water of Life, and a priest playing on an Indian drum with strings (dhol).

Between each man, there is a tree and a snake climbing up to a bird's nest.

In one there are eggs, in another, a bird is feeding chicks, and finally, one nest shown empty could indicate that the serpent ate them. Between the two figures of Alexander picking fruit from the Tree of Life and drinking from the Fountain of Life, however, the birds are nesting in flourishing trees, as in an eternal spring, the authors explain.

“The revival of Alexander the Great’s prestige in the Roman Empire of the 3rd–5th centuries has an Eastern counterpart: the post-Sassanian, Kidarite, and especially Hephtalite elites of Central Asia used the so-called “Bactrian” silverware decorated with Greco-Roman motives, through which they praised their glory as much as sometimes that of Alexander, heir of the Achaemenids and conqueror of India.

At the same time, Sogdians of Samarkand honored Alexander as founder (of their city and of Nana’s temple). The Jews, who saw Alexander as their forerunner on these eastern edges of the world, reinforced his fame, presenting him as the first guide towards the nearby Earthly Paradise. According to our interpretation, the “Greek bowl” from Lhasa is a “Bactrian” silver bowl from the late 5th-6th century, which provides the earliest image of a Jewish version of the Alexander Romance: Alexander plucking the incense tree and drinking the water of life in a paradise on the extremities of India.

The bowl confirms the importance of Jewish communities in Central Asia before the Islamic conquest and shows the contribution of Judaism to the transcultural invention of the Earthly Paradise, between the Greco-Roman and the Indo-Iranian worlds,” the scientists write in their paper.

As reported by the Haaretz, “their innovative view of the bowl’s Jewish origin is based, among other things, on the fact that the nude figure they believe represents Alexander the Great, shown drinking the Water of Life and picking the frankincense from the Tree of Life – is circumcised, which was not a habit known among the Macedonians. 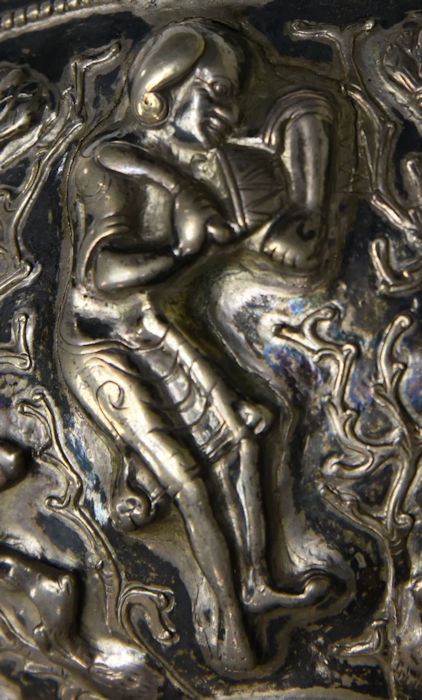 If Dan and Grenet are right about their interpretation of the dish's Jewish origin, then the bowl indicates that Jews involved in long-distance trade along the Silk Road played a role in the evolution of the Alexander legends in the centuries following the king’s death.

In short, this one wee bowl indicates Jewish influence in medieval Central Asia (between northern India, Afghanistan, Pakistan and Uzbekistan) centuries before the Arabic conquest.

The earliest versions of the Alexander Romance – accounts of real and imagined exploits of the powerful ruler of ancient Macedonia – which were written in Greek, Latin, Armenian and Syriac, date to the third century C.E. and relate to the boy king’s military campaign that began in his homeland and reached as far as India. The main text of the Romance was wrongly ascribed to Callisthenes, Aristotle’s nephew and Alexander’s official historian.

Two extant texts describe the Jewish legend that Alexander the Great arrived at the Garden of Eden. The first is a passage in Aramaic in the Babylonian Talmud, written some time in the sixth century C.E. It relates that Alexander washed his face in the Water of Life and arrived at the Gate of the Lord, through which only the righteous may enter, based on Psalm 118:20: “He ascended along the length of the entire spring until he reached the entrance of the Garden of Eden. He raised a loud voice, calling out: ‘Open the gate for me!’” (Tamid 32b, Babylonian Talmud). 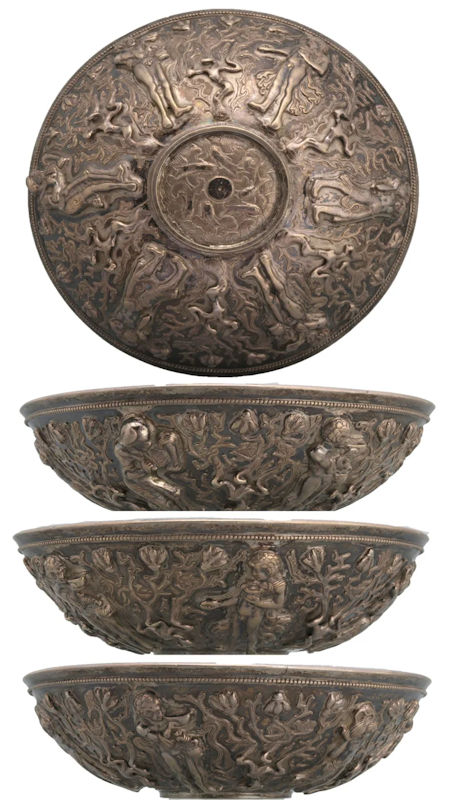 The bowl from Tibet, which was probably made or ordered by a Jewish merchant on the Silk Road. Credit: Ancient Orient Museum in Tokyo

The second, Sefer Toldot Alexandros ha-Makdoni (the history of Alexander the Macedonian), is part of a collection of Hebrew texts compiled by Eleazar of Worms (now in Germany) in roughly 1325, which is preserved in a manuscript in Oxford. It describes how Alexander was circumcised by his doctors so that he could enter the Garden of Eden as a righteous person.

The images on the bowl seem to combine elements from both the Tamid and the Sefer Toldot Alexandros ha-Makdoni. If so, they indicate that the Jews of Central Asia had developed their version of Alexander’s accession to Paradise before the Islamic conquest, Dan and Grenet contend.”