Conny Waters - AncientPages.com - Nero (37-68 A.D) was one of ancient Rome’s famous, or rather infamous emperors. Nero was a tyrant and he is today best known for his debaucheries, killing his mother, committing several political murders, and persecuting Christians. He  also had a passion for music that probably led to apocryphal rumor that he “fiddled” while Rome burned during the great fire of 64 A.D. 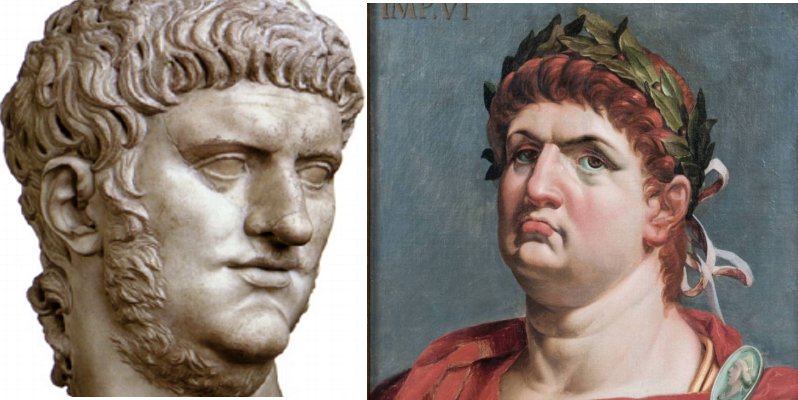 In June 68 A.D, Emperor Nero committed suicide near the villa of his freedman Phaon, and it did not take long before various Nero impostors appeared between the autumn of 69 AD and the reign of the emperor Domitian, the third and last emperor of the Flavian dynasty.

The first pseudo-Nero appeared in the Roman province of Achaia, today, in modern Greece. It is unknown why he chose this specific place. Still, it could be because Nero had recently visited Greece (66-67 AD) to participate in its Panhellenic Games.

After the emperor Nero committed suicide near the villa of his freedman Phaon in June of 68 AD, various Nero impostors appeared between the autumn of 69 AD and the reign of the emperor Domitian.

According to historians, there were three pseudo-Neros. These historical imposters were most likely inspired by circulating prophecies that predicted Nero would regain his kingdom in the East. 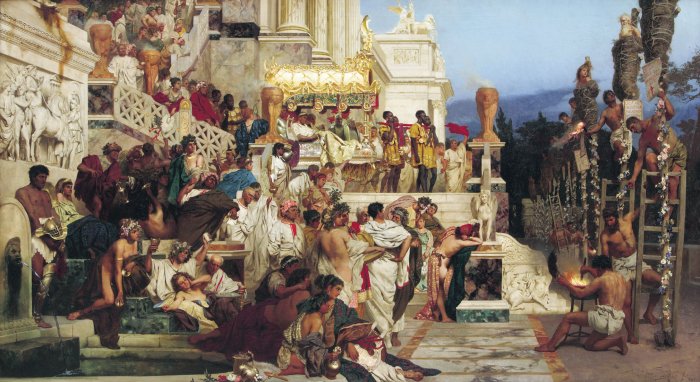 The Torches of Nero, by Henryk Siemiradzki. According to Tacitus, Nero targeted Christians as those responsible for the fire.

The first Pseudo-Nero appeared in the autumn of 68 AD, or the early winter of 69 AD, in the Roman province of Achaia, modern Greece. Nero had recently visited Greece (66-67 AD) to participate in its Panhellenic Games which may account for some of the impostor's support.

The fake Nero, who, according to the historian Tacitus, was either a slave from Pontus or a freedman from Italy, made appeals to bring Roman soldiers en route to Italy over to his growing armed force.

Tacitus does not reveal much about the impostor's early career, except that the Pseudo-Nero gathered around him a group of army deserters and then set out to sea where he began a career in piracy whilst maintaining his claim to be the emperor. He was eventually apprehended and beheaded.

The second pseudo-Nero was a Roman man named Terentius Maximus.

He gained his first followers in Asia and many more during his march to the Euphrates. When things did not turn out as he hoped, he fled to Parthia and tried to gain their support.

In time his true identity was revealed, and he was executed.

Twenty years after Emperor Nero’s death, the third pseudo-Nero appeared during the reign of Domitian. Parthians supported him, but he too had to give up the idea of pretending to be the genuine Emperor Nero.