AncientPages.com - The Asclepieion also known as the Asclepius sanctuary is located at the southern slope of Acropolis but it was unknown until a few years ago.

Asclepius was the god of medicine and healing in ancient Greek religion and mythology. His cult became extremely popular in classical times, spreading outwards from his chief shrines located in the Argive town of Epidauros, which purported to offer supplicants cures to their physical ills. 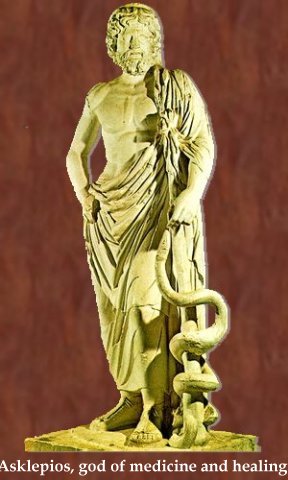 The Asklepiades, an ancient guild of doctors, were also devotees of the god.

In Greek sculpture, Asklepios was usually depicted as a bearded man holding a serpent-entwined staff.

“Breaking down these piles of stones we began to distinguish specific groups.

However, we didn’t know where all those materials belong to. Research took five to six years until we discovered two stones from a corner that matched the foundations,” Christodoulopoulou told the AMNA news agency.

“So we found out that all remaining pieces were part of the temple because they had the same design and were made from the same variety of marble,” she added.

“In 2011 we found two pieces under the first entry step which gave us new information that changed the initial hypothesis. Research continues because we found parts that have been treated or re-used many times so it is difficult to identify,” Christodoulopoulou said. 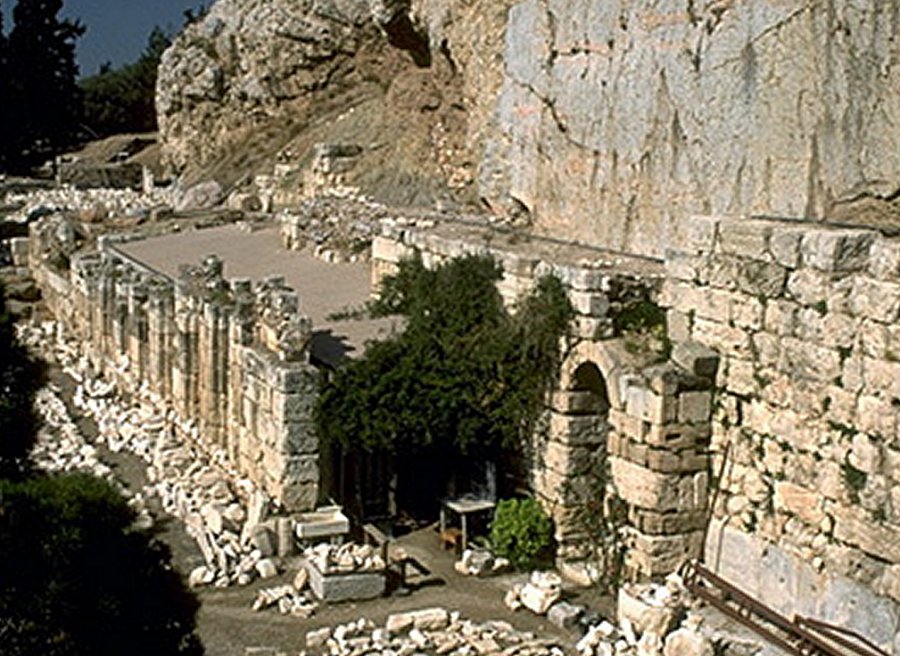 There is a total of 450 parts found in the stone piles that have been identified.

“It was a monument that existed on paper, but it was considered lost as a building. Suddenly, thanks to Rosalia’s work, there is plenty of material.

The Asclepieion also known as the Asclepius sanctuary, which sits at the southern slope of Acropolis was unknown until a few years ago. Photo: Greek Reporter

This is very important for the topography of the south slope. All the marbles are there,” said Athens Polytechnic Professor Manolis Korres who oversees the preservation of the Acropolis monuments.

The first sanctuary was built in 420-419 BC, an era from which there are no remains found. A second temple was built on top of it during the 1st century BC, probably after 86 BC, Christodoulopoulou noted.

“We are restoring the second phase, a repair and expansion to the east that took place in the 3rd century AD, after the Heruli raid (267 AD) during which many Athens monuments were destroyed,” she added.