"Chac Mool" (chacmool) is one of the most famous ancient statues throughout Mexico. The ancient name for these type of sculptures is unknown. It is also uncertain what or who the statue represents or what its purpose might have been.

The first one was discovered at Chichen Itza in the 19th century. 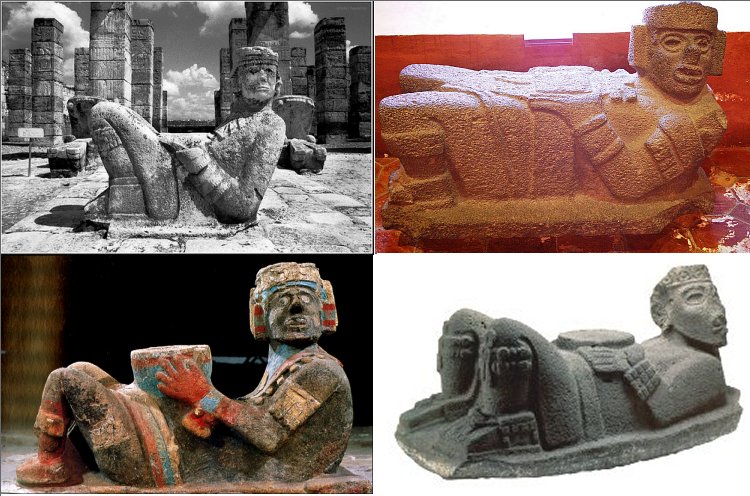 The figure’s posture is rather unique. The sculpture depicts a reclining figure with its head facing 90 degrees from the front, supporting itself on its elbows and supporting a bowl or a disk upon its stomach.

The most famous statue of this type was excavated by Augustus Le Plongeon at Chichen Itza in 1873. Le Plongeon named it Chaacmol, which he said was Maya for "the paw swift like thunder." However, the first published account of such a statue appeared in 1832.

The Chaacmol does not appear to be of Maya origin. Fewer are found in the Maya regions (exclusive of Chichen Itza) than in central Mexico.

Different forms of Chaacmol have been found as far south as El Salvador. These sculptures were often associated with sacrificial stones or thrones.