An archaeologist has 3D-printed a replica of an iron-age artefact to revive a rich musical culture in ancient Ireland.

Billy Ó Foghlú, from ANU College of Asia-Pacific, has found evidence that the artefact may have been a mouthpiece from an iron-age horn and not a spearbutt as previously thought. 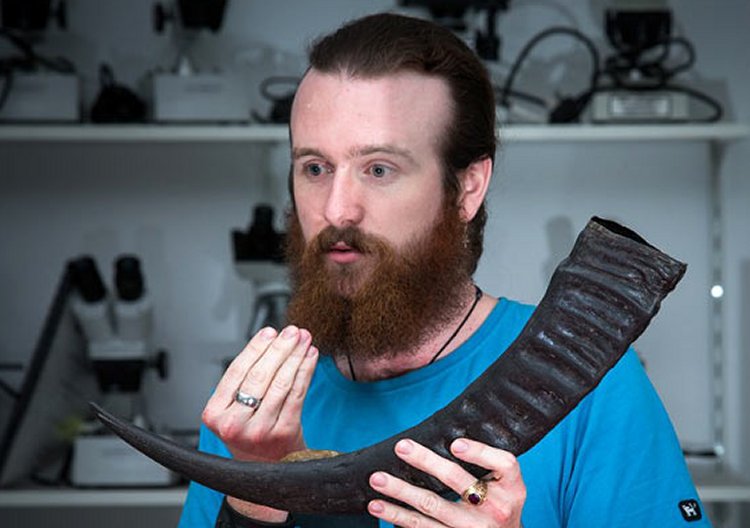 When Mr Ó Foghlú used the replica artefact as a mouthpiece, the ancient Irish horn had a richer, more velvety tone.

"These horns were not just hunting horns or noisemakers. They were very carefully constructed and repaired, they were played for hours. Music clearly had a very significant role in the culture."

Complex bronze-age and iron-age horns have been found throughout Europe, especially in Scandinavia. However, the lack of mouthpieces in Ireland suggested the Irish music scene had drifted into a musical dark age. 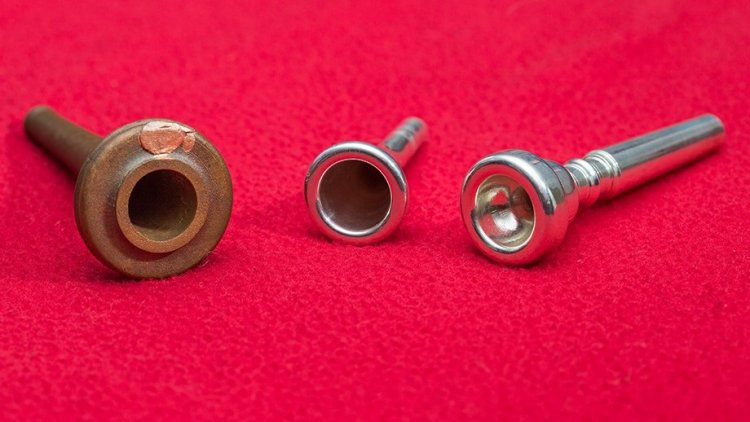 Mr Ó Foghlú was convinced mouthpieces had existed in Ireland, and was intrigued by the so-called Conical Spearbutt of Navan.

Although he could not gain access to the original bronze artefact, Mr Ó Foghlú used the exact measurements to produce a replica using 3D-printing and try it out with his own horn. 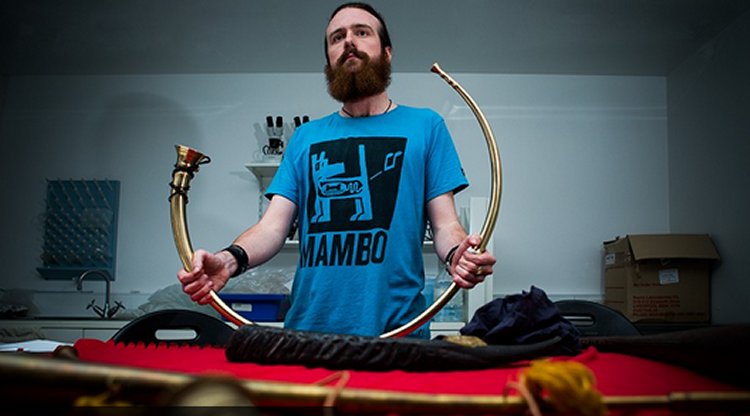 The addition of a mouthpiece would have given greater comfort and control to ancient horn players, and may have increased the range of their instruments.

However, few mouthpieces have been found. The dearth of them may be explained by evidence that the instruments were ritually dismantled and laid down as offerings when their owner died, said Mr Ó Foghlú.

"A number of instruments have been found buried in bogs. The ritual killing of an instrument and depositing it in a burial site shows the full significance of it in the culture," he said.

"Tutankhamen also had trumpets buried with him in Egypt. Contemporary horns were also buried in Scandinavia, Scotland and mainland Europe: they all had integral mouthpieces too."