Ellen Lloyd - AncientPages.com - Satellite images reveal intriguing and mysterious structures in the Sahara desert. The constructions are either damaged pyramids or antediluvian remains.

Something very large is hidden under the sand and we don't know what it is.
The Great Flood is a controversial topic among scientists but there are those who are convinced once in the distant past our planet was submerged and the waters wiped out entire civilizations. Some would say it was the day when Earth nearly died. 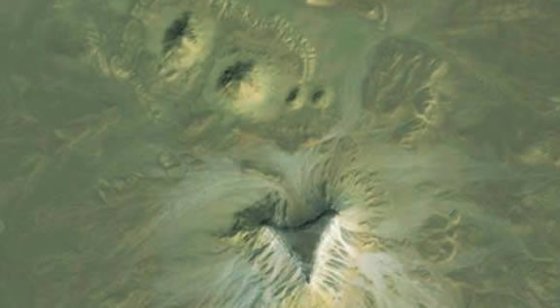 Many people associate the story of the Great Flood with the Bible. However, the story of Noah's ark is not just a Biblical story. Noah was known under a different name in India, among ancient Egyptians and Native Americans, just to mention a few cultures.

Some of the details of the Noah story seem mythical, so many biblical scholars believe the story of Noah and the Ark was inspired by the legendary flood stories of nearby Mesopotamia, in particular "The Epic of Gilgamesh."
According to a controversial theory once in the distant past there really was a mother of all floods. Fascinated by the idea that the story of the great Flood might be true, Robert Ballard, one of the world's best-known underwater archaeologists decided to look for traces of an ancient lost civilization that could reveal more information about the Deluge. 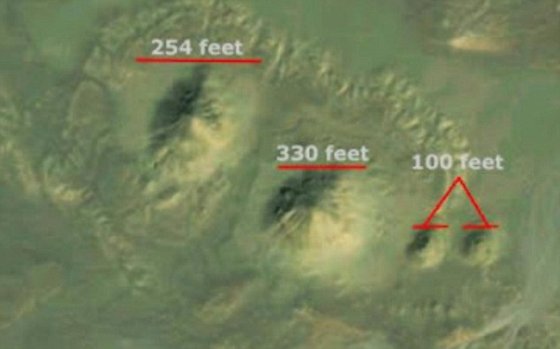 Hopefully one day scientists will be able to provide solid evidence supporting the ancient story of the Great Flood and provide more information about a period in our history when the Earth nearly died.
Meanwhile, we can admire and these puzzling ancient structures like those discovered by Angela Micol, founder of The Satellite Archaeology Foundation, Inc.

Based on the satellite imagery, Micol suggests that the mounds might represent eroded pyramids.
The up-close pictures make the formations look more like piles of rocky rubble.

Artist’s concept of the pyramids written about by the Greek historian Herodotus.

The largest one appears to have the ruins of a square building or walls on its summit, but it'll take a full-blown excavation to unravel the mystery.

"We have found some incredible evidence at the Abu Sidhum site and it could be much older than many in Egypt.

There is a distinct water line on all four mounds at around 50 feet in height. 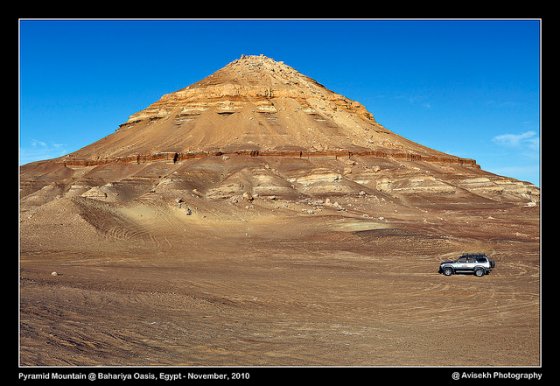 If this site is proven to be an artificial pyramid/mound site it could date back to the Predynastic or the Prehistoric period of ancient Egypt, making this one of the oldest known pyramid/mound complexes in Egypt.

The implications that this site, if proven artificial may be an amazingly old site and could even rewrite the history of ancient Egypt," Angela Micol says. 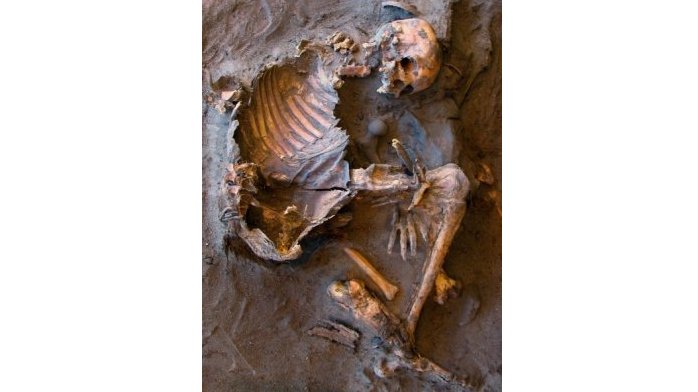 A while back scientists unearthed 20 Stone Age skeletons in the Sahara Desert. The burials spanned thousands of years, suggesting the place was a persistent cemetery for the local people. What is more, hidden under the sand? Credit: Mary Anne Tafuri

There is no evidence that these remarkable structures are from times before the Great Flood but one cannot dismiss the possibility their destruction was caused by the devastating waters.

Angela Micol was contacted by an expedition team in Egypt who visited the Abu Sidhum site.
They sent a detailed video of the mounds, showing how they resembled pyramids, along with a video of pottery shards that covered the area extensively and helped confirm something is buried under the sand near the site of Abu Sidhum.
The team used a metal and cavity detector that gave positive results for tunnels and cavities inside all four mounds/possible pyramids!

The team and Angela Micol believe to have identified a temple or habitation site near the Abu Sidhum site and a row of what may be mastaba tombs adjacent to the mounds!

The remnants are located in an area around the present-day town of Dimai in Egypt's Fayoum Desert. The locale used to be a desert settlement during Egypt's Ptolemaic era, back when Greek and Roman influence was on the rise.
According to Italian archaeologist Paola Davoli, the structures may have been watchtowers - but she hasn't ruled out the possibility that they might also be tombs or well sites. What's needed is an excavation to unlock the secrets hidden within.

So for the moment, these remarkable ancient structures remain shrouded in mystery but with proper investigation, scientists may learn more about the remains.