A. Sutherland - AncientPages.com - It's covered with mysterious ancient signs and remarkable engravings of geometric shapes.

Who made these astonishing drawings? There are about 497 signals written on the sculptures on all cave walls. 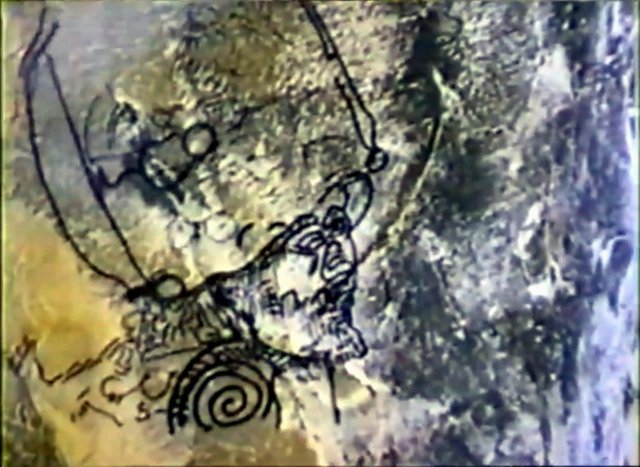 There are many theories that have been presented regarding Inga Stone

There have been a lot of speculations about the origin of these intriguing markings, but so far no one has been able to solve the mystery of the Inga Stone.

According to Gabriele Baraldi archaeologist, epigraphist, and Italian-Brazilian alternative researcher, known as the "last atlantologist", American proto-Hittite controlled geothermal energy and apparently did hieroglyphics with mold by applying high mechanical and thermal stress on the rock from the lava conduit of an extinct volcano. 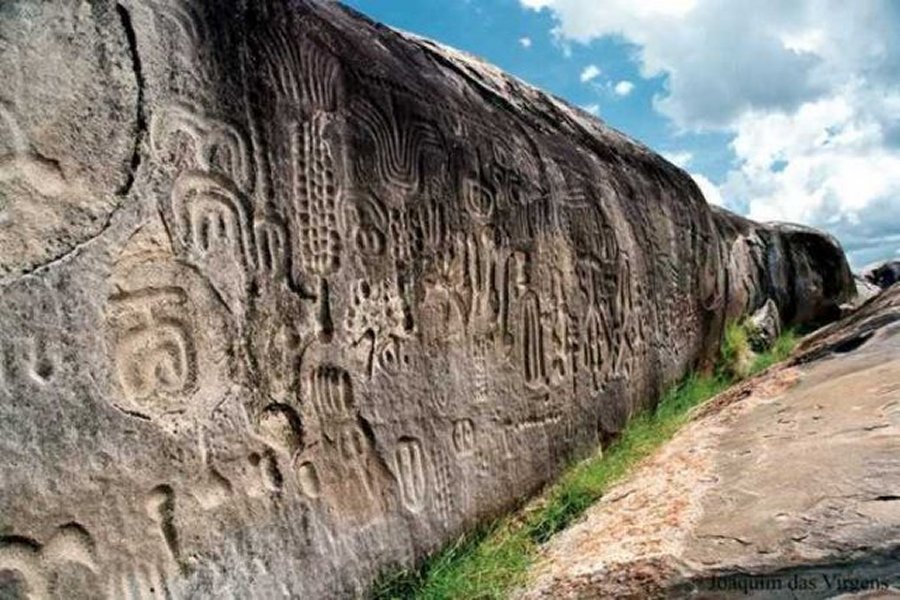 The symbols of the monumental Stone of Inga. Credits: Gabriele D’Annunzio Baraldi

Various theories have been presented regarding Inga Stone. Some said the signs were carved by ancient Indian cultures. Others suggested it was done by an unknown ancient civilization that visited this region in the past. There are also those who think the carvings were made by extraterrestrials.

Some have wonder if the mysterious Ingá stone contains a coded message from an alien civilization living on a remote planet.

The Inga stone is one of the largest and most impressive Brazilian archaeological monuments. It is a huge monolith located in the state of Paraíba, Brazil.

It consists of a rock formation in gneiss. Here we find a set of stones, where there are applications, whose translation is unknown. Numerous sources have been identified, and there are many who argue that the Stone of Inga has a Phoenician origin, but this has not been confirmed. 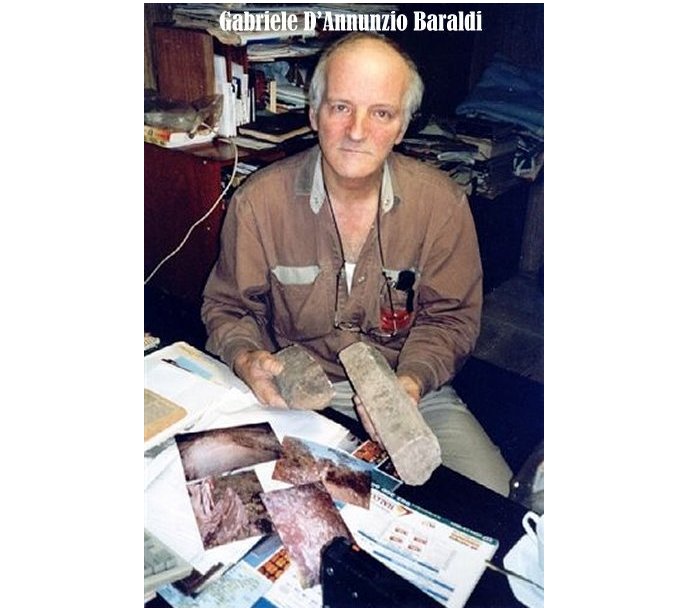 In 1988 researcher Gabriele D’Annunzio Baraldi discovered his first Inga cave. Since then, he has come across many more intriguing caves in the region. Baraldi says there are about 497 signals written on the sculptures on all cave walls.

The archaeological site of Inga Stone is a set full of intriguing rock inscriptions, extraordinarily complex, produced in low relief widely over a rocky cliff of 46m long by 3.8 m high, rising upon a pavement of the creek blunderbuss, the city of Inga. 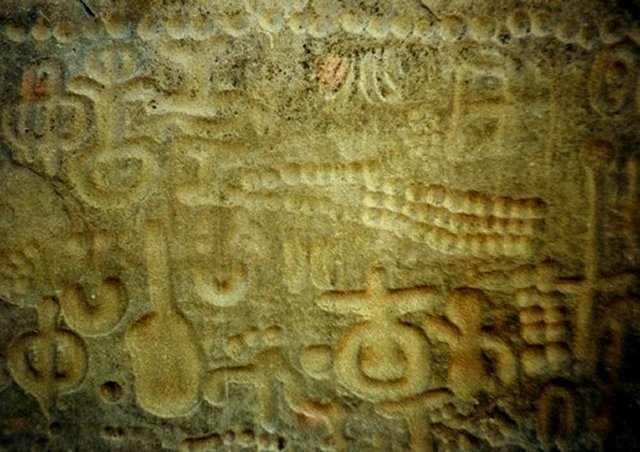 Does the stone contain a message for future generations? Image credit: J.A. Fonseca

The inscriptions, which occupy 15m long by 2.3 m high in the wall, contain many mixed signals, making an amazing system of signs.

According to Brazilian researcher Gabriele Baraldi, who has spent considerable time studying these inscriptions, the drawings and pictures show proof of unknown ancient technology. 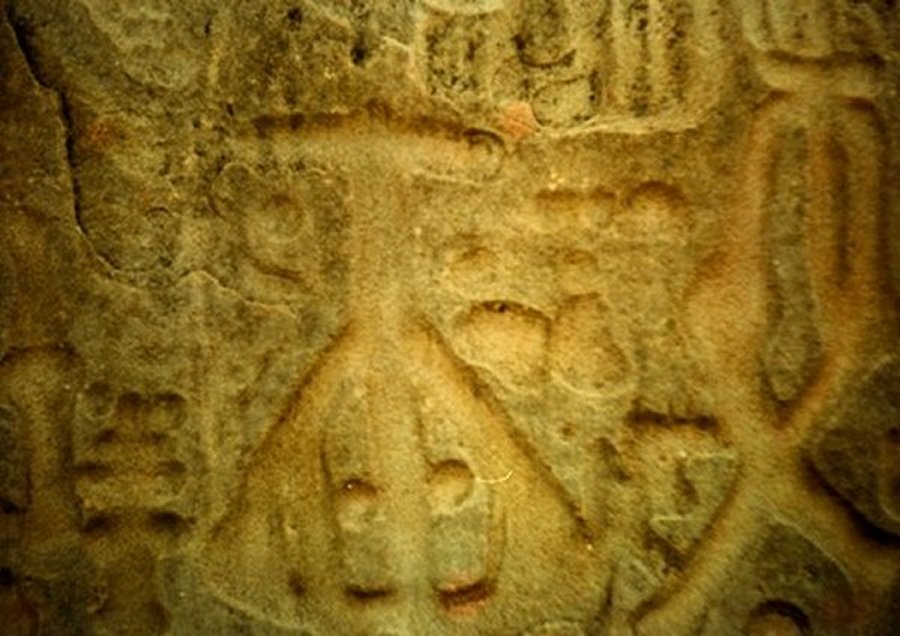 A close-up of some of the signs. Image credit: Baraldi

In 1988 researcher Baraldi discovered his first Inga cave. Since then, he has come across many more intriguing caves in the region. Baraldi says there are about 497 signals written on the sculptures on all cave walls.

The caves measure 24 meters in length, 3 meters in height, and 3 meters in depth. Furthermore, he says that the writings are upside down to confuse us and that the signs are coded.

Baraldi thinks that the inscriptions should be considered as evidence of an old American continent inhabited by an unknown civilization. 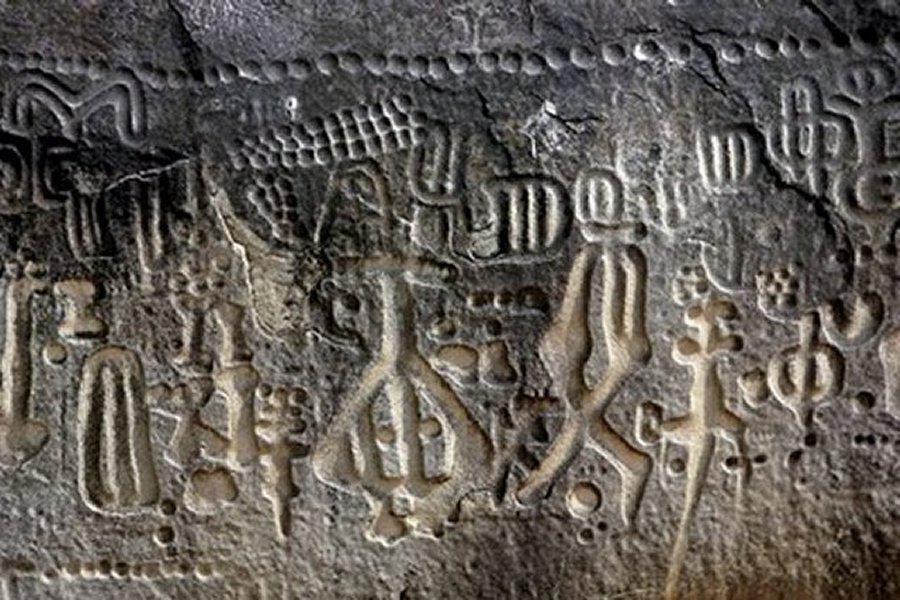 The Ingá Stone is just as intriguing as mysterious. Image credit: Adrovando Claro

He has compared the shape and size of the drawings with Mesopotamian drawings, which seem to be very similar. Analyses of the writings indicate that they consist of a table of contents and each symbol can be identified as a number.

The details written on this entire wall consist of stories of a remote era, with a variety of symbols imprinted as if the creators were sharing their life stories telling us about their civilization and their world. This could be a book written on a wall.

Who were these beings? Where did they come from? What were they trying to tell us? Did they leave a message for future generations?

Unfortunately, when it comes to the enigmatic Ingá Stone, we are left with more questions than answers.

In order to learn the truth, we must decode this script and then the secrets of the past will be revealed.