Conny Waters - AncientPages.com - Little Foot was present on Earth about 3.67 million years ago. After examining the skeleton and brain of Little Foot, scientists say that they have come across an entirely new species of human ancestor.

Ancient Pages previously reported, in December 2018 researchers in South Africa presented "the most complete skeleton of a human ancestor older than 1.5 million years ever found."

We have now obtained more information about this intriguing discovery.

The world learned about Little Foot back in the 1990s when Ronald Clarke of the University of Witwatersrand together with other researchers found ancient bones in the Sterkfontein caves near Johannesburg, South Africa.

Studies revealed the bones did not belong to an ape. It took the science team 10 years to fully extricate the skeleton from the rock in which it was embedded, and another 10 years to examine their findings. 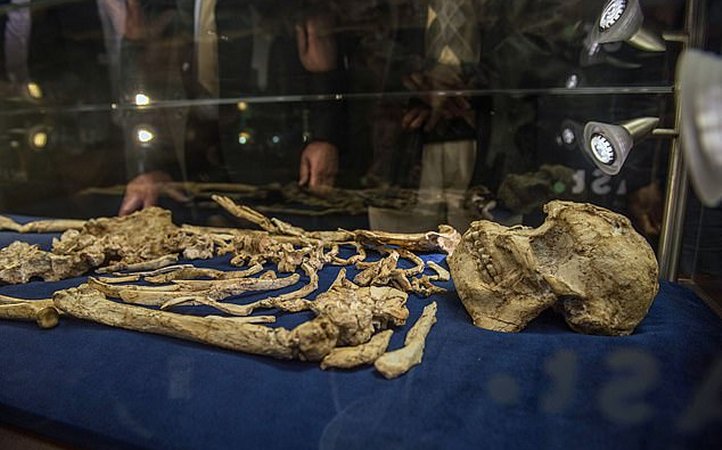 The skeleton of Little Foot who lived about 3.67 million years ago. Image Credit: AP

The skeleton of an elderly woman with an arm bowed due to injury was named Australopithecus Prometheus who was dubbed Little Foot.

The hominin had a small brain that was partly human, partly ape-like.

“Our ability to reconstruct features of early hominin brains has been limited by the very fragmentary nature of the fossil record,” said Wits researcher, Dr Amélie Beaudet, who led the research.

“The Little Foot endocast is exceptionally well preserved and relatively complete, allowing us to explore our own origins better than ever before.”

The expanded visual cortex, suggests that the brain of Little Foot probably had some features that are closer to the ancestor we share with living chimpanzees.

“In human evolution, when know that a reduced visual cortex, as we can see in our own brain, is related to a more expanded parietal cortex - which is a critical cerebral area responsible for several aspects of sensory processing and sensorimotor integration,” says Beaudet.

“On the contrary, Little Foot has a large visual cortex, which is more similar to chimpanzees than to humans.”

The study revealed also that the vascular system in Australopithecus was more complex than previously thought, which raises new questions on the metabolism of the brain at this time. 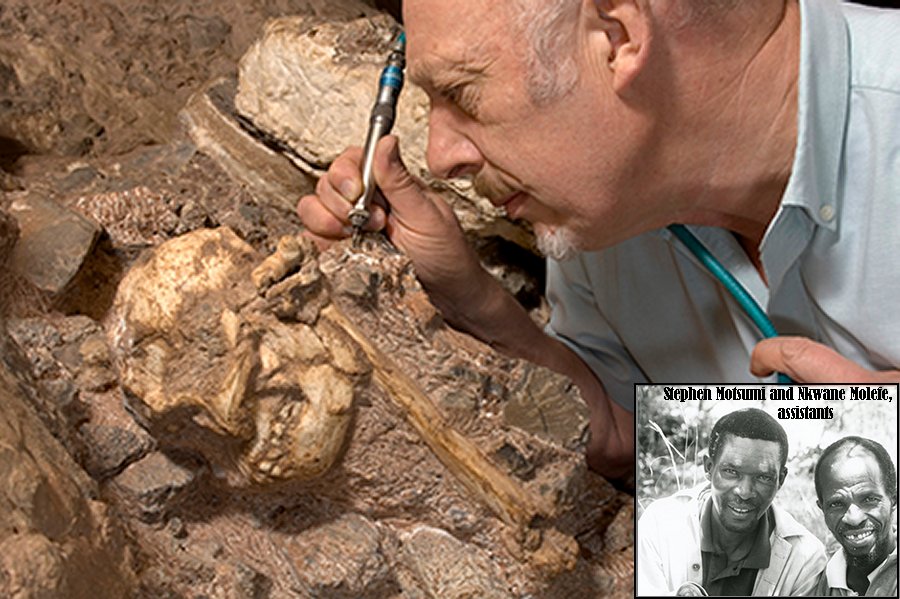 Professor Ron Clarke from the Evolutionary Studies Institute at the University of the Witwatersrand in Johannesburg, South Africa, and his assistants.

Beaudet also said that ” this would mean that even if Little Foot's brain was different from us, the vascular system that allows for blood flow (which brings oxygen) and may control temperature in the brain - both essential aspects for evolving a large and complex brain - were possibly already present at that time.”

Further examinations of the ancient skeleton showed that Little Foot would have stood just over four feet tall and she had legs that were longer than her arms—a hallmark of bipedalism. She was also vegetarian. Her face was flatter than the faces of members of A. africanus, which includes Lucy.

Based on the studies conducted, scientists are rather confident they have discovered a new species of early humans.