AncientPages.com - On June 10, 1540, Thomas Cromwell was arrested in Westminster and sent to the Tower of London.

An Act of Attainder convicted him of heresy and treason but it also denied Cromwell the right to a proper trial where he could defend himself. 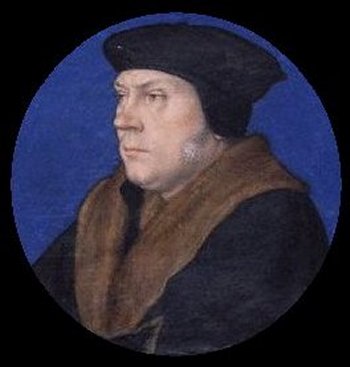 Cromwell served as Henry VIII’s chief minister from 1533 to 1540. He gained a reputation as an unscrupulous politician who, like Cardinal Wolsey, would do anything to advance himself and the power and wealth of Henry.

Cromwell is most associated with the dissolution of the monasteries and the controversy that surrounded this event.

However, whether he deserved his negative reputation is has been long debated.

Thomas Cromwell was born around 1485. He was the son of a brewer and blacksmith.

He spent much of his early adult life abroad, be it as a soldier in Italy or a merchant in Antwerp.

Cromwell trained as a lawyer and by the 1520’s he was working for Cardinal Wolsey as a general manager. When Wolsey fell from royal favor in 1529, Cromwell managed to stay faithful to his old employer but also to remain in favor with Henry VIII.

On this day, Sir Thomas Cromwell attended a Privy Council meeting that would be like no other that he had been to.

It was here the Duke of Norfolk led a small group of followers along with the Captain of the Guard to arrest Cromwell on the accusation of treason. When Cromwell saw the guard approaching he threw his hat on the table in rage at what was about to happen. 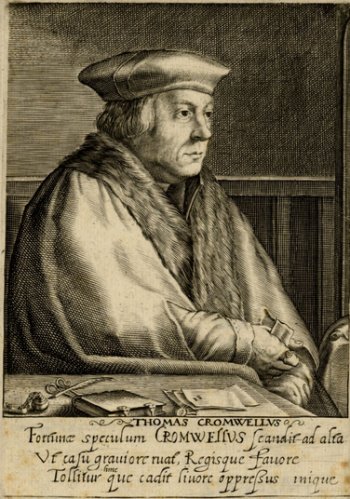 It is believed that Norfolk and Southampton tore the Garter badge of St George from Cromwell’s clothes himself and he was taken to a barge and onto the Tower of London.

Cromwell’s arrest came after he had fallen out of favor with King Henry VIII. Henry had recently married Anne of Cleves, who was selected for him by Cromwell.

Henry did not like Anne and wanted to get out of the arrangement and later the marriage.

However, Cromwell could not find a suitable way and so angered the King who was then easily swayed into believing that Cromwell was not only a heretic but also a traitor.

He was stripped of all honors and titles and he was now simply known as Thomas Cromwell, cloth carder.

A list of accusations were included in Cromwell’s indictment including; supporting Anabaptists, protecting Protestants that had been accused of heresy and therefore failing to enforce the Act of Six Articles as well as heresy.

The accusation of heresy was enough for Henry to approve Cromwell’s death but only after his marriage to Anne of Cleves was over.

Thomas Cromwell was executed at Tyburn on July 28th 1540.