Conny Waters - AncientPages.com - Researchers have analyzed teeth from the Castellón Alto individuals belonging to El Argar culture (Southeastern Iberia) that flourished between c. 2200 BC and 1550 BC.

The team focused on non-alimentary uses of teeth and found that 5 females out of 106 individuals
had atypical dental features associated with the use of teeth as tools. 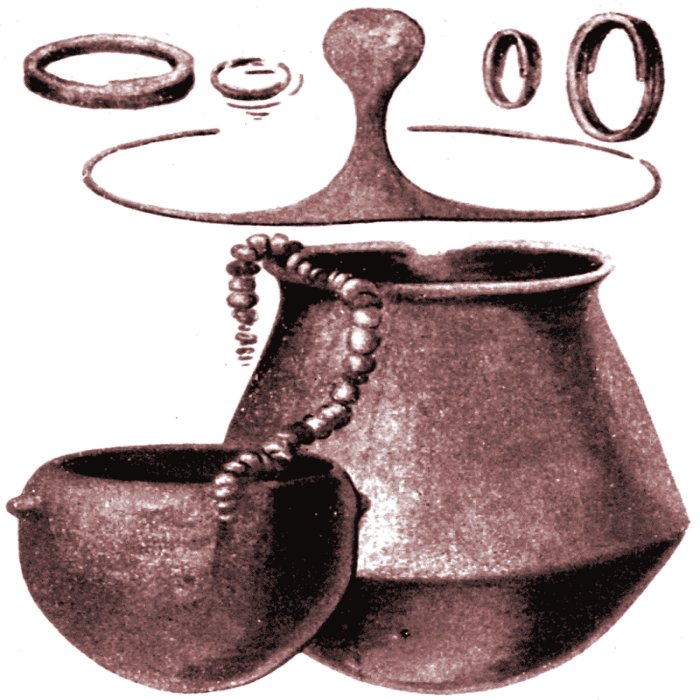 It was also established that only women used their anterior teeth as tools to make threads and cords.

The culture of El Argar developed in the south-eastern Iberian Peninsula. This Early Bronze Age complex society practiced social differentiation based on age, gender, age, and specialization in tasks such as craftwork that included ceramics, lithics, textiles, and metals.

The Argaric culture flourished from the town of Antas, Almería, in the south-east of Spain between c. 1800 BC and 1300 BC. These ancient people early adopted and worked with bronze, which gave them local dominance over other, copper age peoples. El Argar also developed sophisticated pottery and ceramic techniques, which they traded with other Mediterranean tribes.

El Argar developed from the earlier civilization of Los Millares but it shows clear Mediterranean influences of Mycenaeans, an ancient civilization (c. 1700 to 1050 BC) that originated in mainland Greece eventually controlling the nearby islands, in the region including Crete. 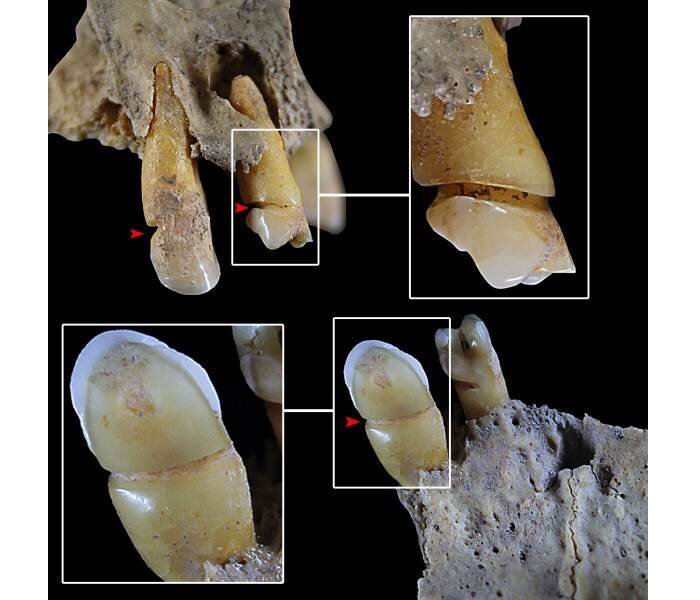 Individual 90 from Castellón Alto, showing evidence of the use of teeth for non-masticatory purposes. Credit: Ángel Rubio Salvador

El Argar society was also associated with metallurgy and mining, and their techniques were quite advanced. Their skills were used to work with bronze, gold, and silver to produce weapons and jewelry.

In the ancient society of El Argar worked also individuals studied by researchers led by Marina Lozano, a researcher at the Catalan Institute of Human Paleoecology and Social Evolution (IPHES) and Rovira i Virgili University (URV), in cooperation with scientists from the Anthropology Laboratory of the University of Granada, including Ángel Rubio Salvador, one of the co-authors of the published study.

The current study of the teeth also revealed that as early as the Bronze Age (1900–1600 BC), women used their front teeth as a 'third hand' to perform certain works where manipulation with fibers of plant and animal origin was necessary. 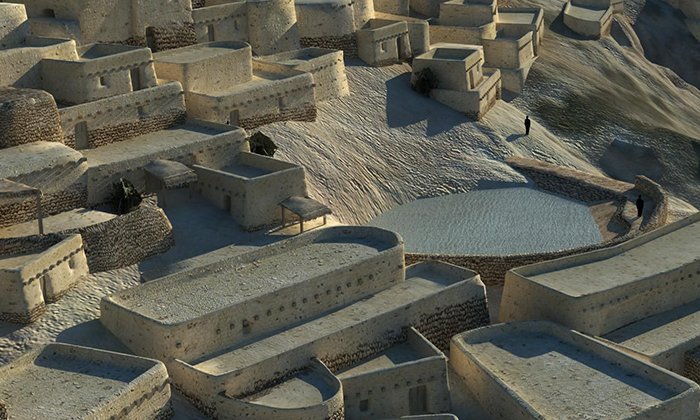 The teeth of the Bronze Age artisans of El Argar culture revealed the signs s of wear observed with different types of microscopy included notches, chipped enamel, and grooves.

The women's work was most probably related to textile and basketry production, according to the research.

The research contributes even more. It shows the evidence that as early as the end of the Bronze Age—that is, almost 4,000 years ago—there was a dual division of labor, where a small group of people was devoted to craftwork in the making of threads (the very basis of textile production), and this group comprised exclusively women using their teeth as tools. Furthermore, these artisans continued performing this task throughout their lives.

The research gives a better understanding of the social organization and the El Argar society's lifestyle. 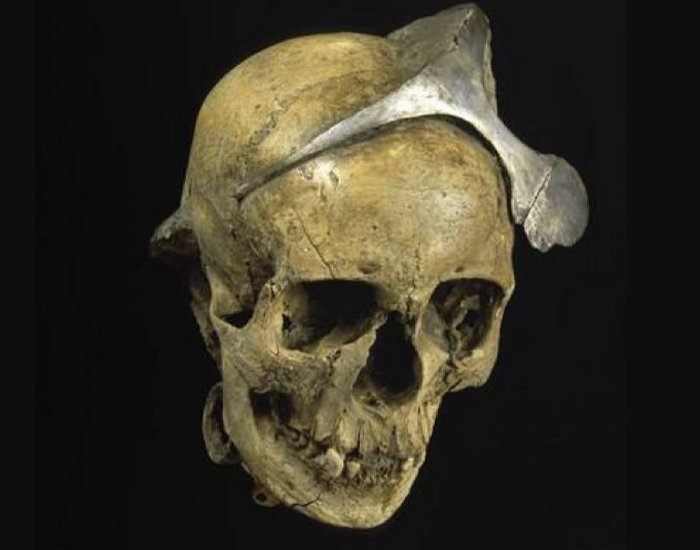 Archaeological excavations carried out at the site of El Argar revealed many valuable findings. One of the most outstanding pieces is a silver diadem which encircled the skull of the woman.

The silver diadem is of great scientific and patrimonial value since the only other four diadems known to have existed were all discovered 130 years ago at the site of El Algar in Almeria, but none of them remain today in Spain.