Ellen Lloyd - AncientPages.com - Vikings are often portrayed as lawless individuals who did whatever they wished whether it was wrong or not. It’s true there were troublemakers among Vikings. Erik the Red is a good example of a controversial Viking who was an outlaw.  He was very violent, and his temper was beyond control. This resulted in that he was exiled from his country on two occasions! Even his countrymen got tired of him because he simply didn’t know where to draw the line.

What we must remember is that not all Vikings were like Erik the Red. What is not particularly well-known is that even though there was no written law and only rune writing existed at the time; the ancient Viking society had a sophisticated government and law system. 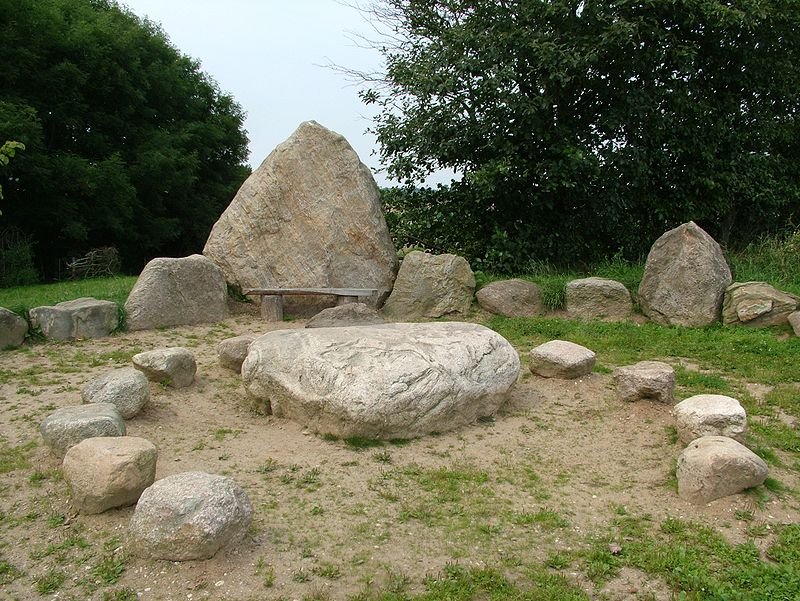 A typical thingstead where people met and made decisions. This one is in Schleswig-Holstein, Germany. Credit: Clemensfranz - CC BY-SA 3.0

Viking law and order was based on the so-called thing system. A Thing was the governing assembly made up of the free people of the community. Each community had its own independent Thing where all free Vikings could gather to make law, resolve disputes, and make decisions. The meeting place was called a thingstead.

The Thing System was not restricted to men. Women and handicapped people were allowed to attend the meetings.

There were severe punishments for breaking the law in the Norse society. This brings us to the longstanding mystery dealing with the Viking Gerdrup Grave (Gerdrupgraven) near Roskilde in Denmark.

This grave was found in 1981 and scientists have been unable to determine why the individuals were buried here. Inside the Gerdrup Grave there are two skeletons. One belongs to a man who was between 35 to 40 years at the time of his death. He is lying on his back with crossed ankles. This suggests that he has been tied on his feet. The head is twisted unnaturally down towards the left shoulder, and the neck has probably been broken. 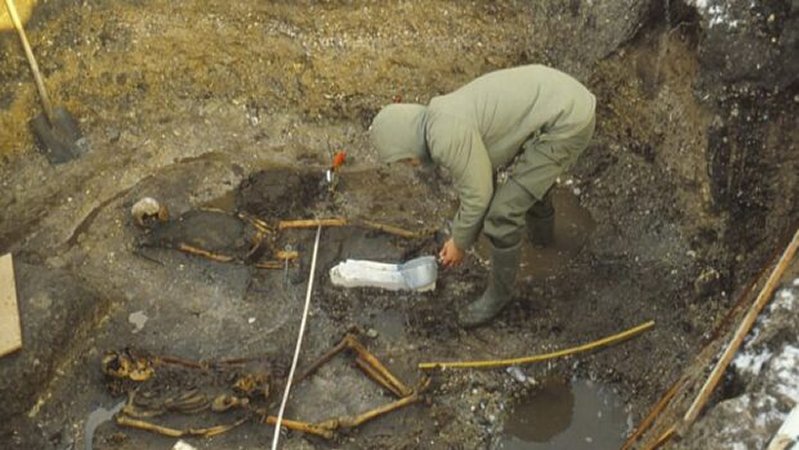 Who is buried in the Gerdrup Grave? Credit: Roskilde Museum

Next to him are the remains of a woman, also lying on her back. Who were the man and the woman? Why they were buried together? Were they slaves, warriors, or simply ordinary members of the Viking society?

The Gerdrup Grave was the first discovery that proved that Viking women were buried along with a weapon – in this case, a lance. We have previously seen that Viking children were buried with extremely sharp knives. The purpose of placing these artifacts in the tombs is not entirely clear, but one possibility is that the knives should help the little ones in their afterlife. Perhaps Vikings buried their children with knives because they thought it was an indispensable tool that one must carry when entering Valhalla.

The Gerdrup Grave offers evidence Vikings placed weapons in graves no matter whether the deceased was a woman, man, or child.

Solving the Gerdrup Grave murder mystery has not been easy, but new DNA studies may shed light on this enigmatic 1,000-year-old Viking grave.

“DNA testing has revealed that the pair are actually mother and son, and that the man was not, as previously believed, a sacrificial slave,” the Copenhagen Post reports.

“It’s an incredibly exciting and surprising result we have here. We need to thoroughly consider what this means,” Ole Kastholm, an archaeologist and senior curator at Roskilde Museum, told TV2 Lorry.

The revelation means that the history of the Gerdrup Grave needs to be rewritten and that a new mystery needs to be solved.

“We need to look at whether other graves and other source material from the Viking Age could reveal some patterns that might help us solve this case,” Kastholm said.

Kastholm thinks it’s possible we can find clues, or maybe even the solution in the Icelandic Sagas, a series of narratives written between the 12th and 15th centuries covering Viking history.

It’s obvious the man has been executed, hung, and bound before being laid in the grave. Meanwhile, the woman was weighed down with large stones.

One theory is that the lance belonging to the woman in the grave is actually a sorceress’s staff. Was the woman a Völva? The Völva was a very powerful female shaman and seer in Norse mythology.

She held a significant place in the ancient Viking society and her powers were considered so strong that not only Vikings feared her prophecies, but even Odin, the greatest of all Norse gods consulted her to learn what the future had in store for the gods. This powerful female shaman is often mentioned in Norse mythology.

A Völva has long been regarded as a purely mythological figure, but there is archaeological evidence clearly showing Norse, female shamans did exist. 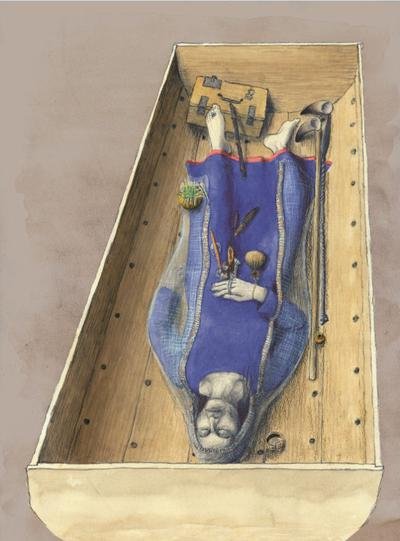 Some years ago, a very mysterious grave was discovered in Denmark. Inside the tomb scientists found a woman dressed in fine blue and red clothes adorned with gold thread. Her clothes showed she was of great importance and most likely held had royal status.

Scientists discovered an intriguing metal wand and seeds from the poisonous henbane plant inside her tomb. This was an indication the female was indeed a Völva. 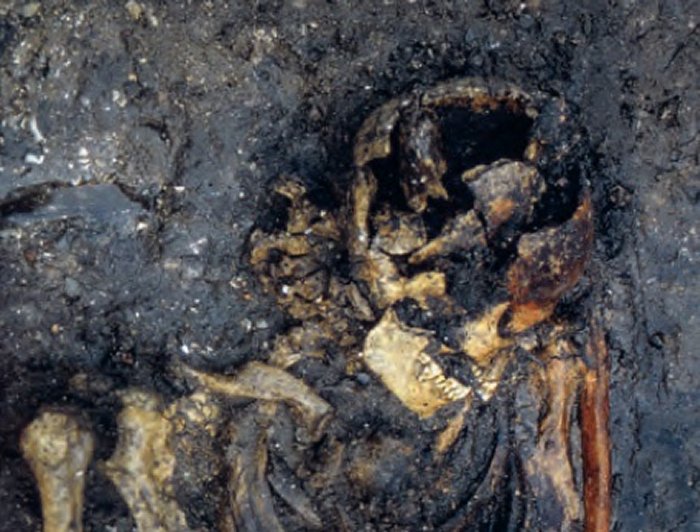 If the woman and her son were not slaves, could they have been individuals mentioned in Icelandic Sagas? Credit: Roskilde Museum

Returning back to the Gerdrup Grave we are forced to conclude the buried Viking woman was not a person the society appreciated. She had been stoned to death, but why?

One Icelandic Saga relates the story of the sorceress Katla and her son Odd who were persecuted and executed. Odd was hung and Katla was stoned to death.

Could the people buried in the Gerdrup Grave be Katla and her son? It’s a very interesting archaeological discovery. Maybe DNA studies can provide us with more valuable information in the near future. For now, the Gerdrup Grave skeletons can be viewed at Roskilde Museum.