A. Sutherland  - AncientPages.com - Loki, in Norse mythology, is an elusive, malevolent god destined to be the gods' adversary at Ragnarok, and yet, a constant companion to them, especially to Odin and Thor.

Loki plays an important role in countless Norse myths. In one of them, Loki is seriously involved in the kidnapping of Idun, the guardian of juvenile apples that bring back youth to the Aesir gods. 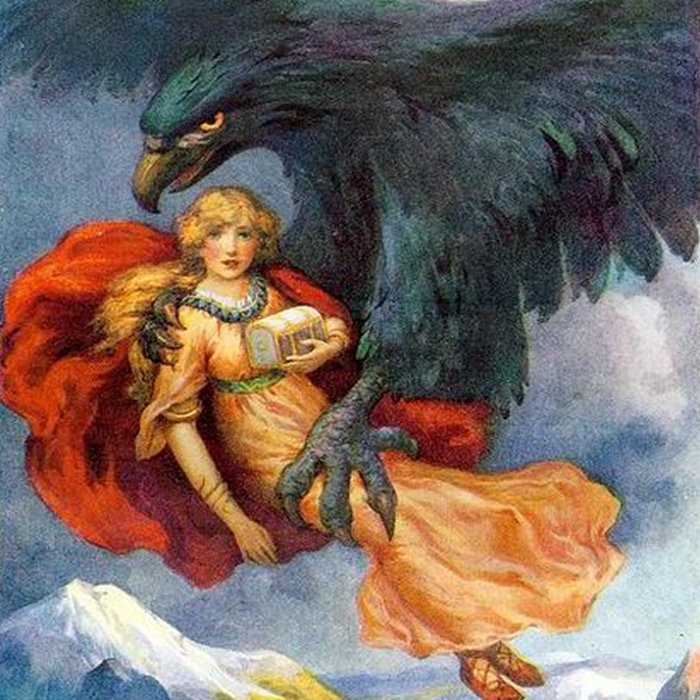 Idun, a young goddess and wife to Bragi was most probably an important individual among the Aesir gods. However, she is only attested to two main sources.

One is the Poetic Edda (known as the Sæmundar Edda, or the Elder Edda),  a collection of Old Norse poems preserved in the Icelandic medieval manuscript Codex Regius. Another is the 13th century Prose Edda by Snorri Sturluson.

The only surviving myth about Idun tells about the kidnapping of her by Thiazzi, the frost giant and father of Skadi, goddess of destruction, winter, hunters, and skiers. Thiazzi lived in Jötunheimr (Jotunheim) and, like his brothers, always wanted to defeat the gods. They attempted to defeat them in open battle, but he decided to deprive them of eternal youth.

For the gods, Idun's disappearance became fatal. She and her apples kept them young forever, but they quickly became old and powerless without them.

Someone had seen the trickster god Loki with Idun go into a forest, and then she vanished, so the gods had to act fast and find her as soon as possible.

According to Snorri, the great god Odin, his brother Hoenir, the god of silence, and Loki went to explore. When they became hungry, they killed an ox, built a fire, and started to cook the meat. But no matter what they did, the meat remained raw and not fit to be eaten. Suddenly, a huge eagle landed on a tree nearby and said that he would make their fire burn like a furnace to cook the meat if only he could have a piece of food. 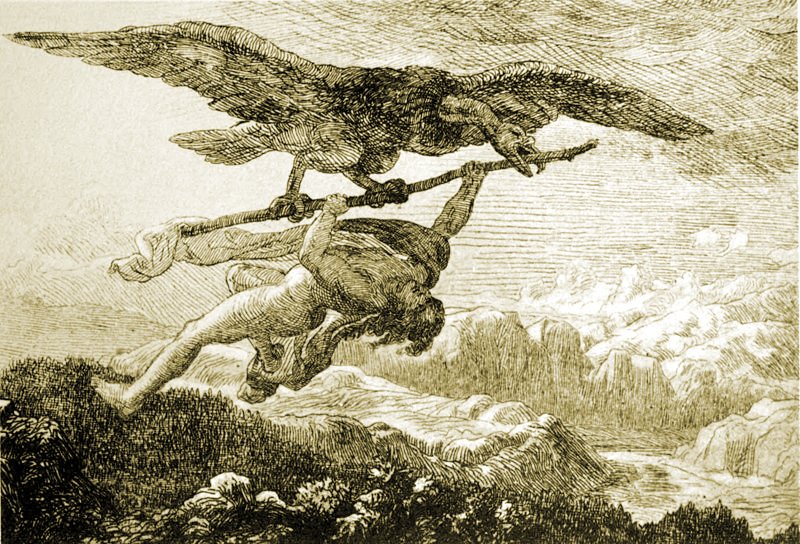 The gods agreed, and the meat immediately began to be roasted before their eyes and was soon ready. The eagle was the first to take his share, and even many more pieces. Loki in anger grabbed a thick stick trying to hit the bird, but the eagle caught it with her sharp, strong claws and flew to the clouds, dragging the fire god behind him.

This terrifying journey in the air made Loki very frightened, and he begged for mercy. When Loki promised to deliver to him Idunn and her apples of youth,  the eagle finally threw him down to the ground.

"My brothers are stupid; they are trying to defeat the gods in open battle. I decided to deprive them of eternal youth, so go Loki now, and bring me Idun," the giant eagle said.

Why did Thiazzi really want to take golden apples from the gods? Did the giants also desire to taste the apples of eternal youth?

In Greek mythology, the famous Garden of the Hesperides is full of magical apples, guaranteeing immortality. Unfortunately, these apples belonged to the gods. Many futile attempts were made to steal these precious apples by mortals but the gift of immortality was always restricted to deities and not kings or nobles.

Loki now knew that the eagle was Thiazzi in disguise. Usually, Loki himself was the one who did tricks to the gods and people. Now, he was in trouble, and he knew he would pay for his evil deed.

The Aesir would undoubtedly take revenge on him for the abduction of Braga's wife and apples of eternal youth. 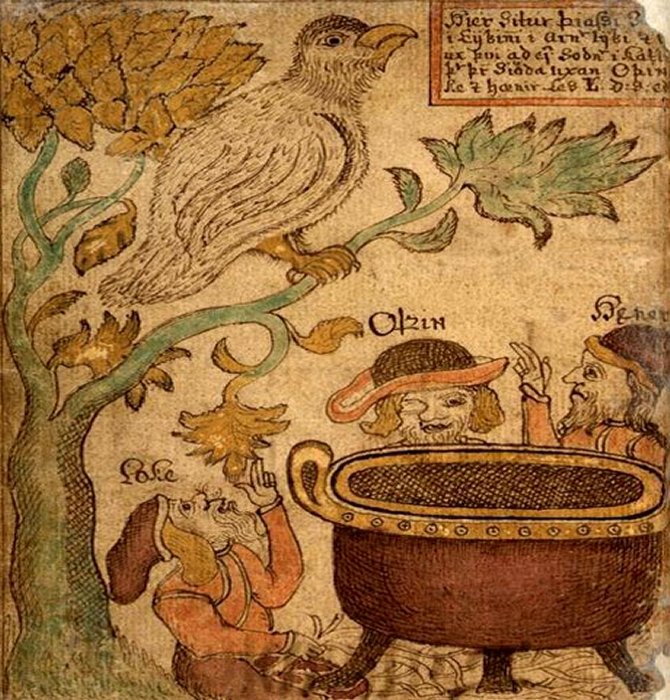 Odin, Hoenir, and Loki observed by the giant Thiazzi disguised as an eagle. Illustration in The Olafur Brynjulfsson Edda 1760

But he was also aware he could not break the oath.

Tiatzi helped Loki to reach Bifrost, the rainbow bridge, connecting Asgard, the world of the Aesir tribe of gods, with the world of humanity, Midgard. Loki hurried to the palace of the god of poets, where he found Idun.

"Come with me, Idun," the cunning Loki said.

"In one forest, on earth, I saw an apple tree on which apples grow even better than yours." "Take your apples with you, so that you can compare which ones are better."

At first rather skeptical, Idun did not want to believe that there are better apples than hers somewhere.

Unaware of Loki's deception, Idun immediately took a basket with apples of eternal youth and followed Loki to the forest. As soon as she reached the edge of the forest, a huge eagle flew at her and carried her along with her basket to his Thrymheim fortress, then he placed Idun in the highest tower.

No matter how cunning Loki was, his trick did not remain a secret for long. Heimdallr (Heimdall), the god who 'illuminates the world' saw how the trickster god left Asgard with Idun. Loki had to confess his guilt.

"You deserve to die!" - Bragi shouted after listening to his story. "You twice deserve to die, because you not only betrayed my wife to the giant but also deprived us of all her apples, without which we will soon perish."

But the mighty Odin had another idea.

Loki Changes Idun Into A Nut

"Loki's death will not help us." Let it be better he will smooth out his guilt and take away Idun from Thiazi. He's so cunning that he can do it better than any of us," he said. And so it happened.

Having no choice, Loki borrowed the falcon plumage of Freya and flew off to Thiazi's castle. The giant was out fishing, so Loki changed Idun into a nut and flew off with it in his claws. Soon, Thiazi discovered the loss and started in pursuit, and Loki flew into Asgard only just in time.

Once again, the god Heimdall saw Loki with Idun, but they were on their way to Asgard this time. As soon as Loki had flown over the wall, the gods set on fire at the gates of Asgard. Thiazzi could not pass through the flames. The flames enveloped him, and he fell to the ground.

Thjazi was one of the most formidable of the giants. His daughter, Skadi, came to the Aesir gods to demand a penalty for her father's death. She was only permitted to choose a husband among the gods, and so she married Njord, a Vanir god of the seas, fishermen, ships, and prosperity.

Odin took Thjazi's two eyes and tossed them up into the heavens, where they became two stars.