Conny Waters - AncientPages.com - Science in Poland reports that Polish archaeologists discovered dozens of mummies dating back 2,000 years during excavations in the vicinity of the world`s oldest pyramid at the necropolis in Saqqara in northern Egypt.

These poorly preserved mummies, which were buried directly in the sand, were unearthed in the area of the so-called “Dry Moat,” surrounding Pyramid of Djoser. 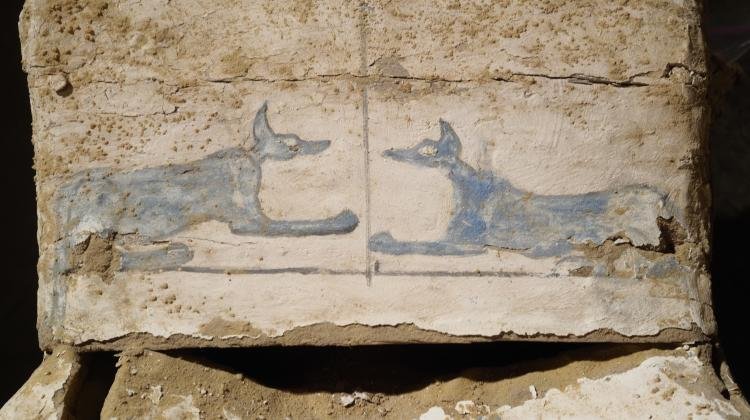 Depictions of Blue Anubis on the base of the coffins. Photo: J. Dąbrowski / PCMA

"Most of the mummies we discovered last season were very modest, they were only subjected to basic embalming treatments, wrapped in bandages and placed directly in pits dug in the sand" - head of excavations, Dr. Kamil O. Kuraszkiewicz of the University of Warsaw told PAP.

All organic materials, including wooden coffins, decayed in the case of burials located within the "Dry Moat".

Decoration on one of the wooden coffins, in which a mummy was buried, caught the researchers` attention. A multicolour necklace is visible at the neck, and an imitation of the hieroglyphic inscription is painted on the lid. 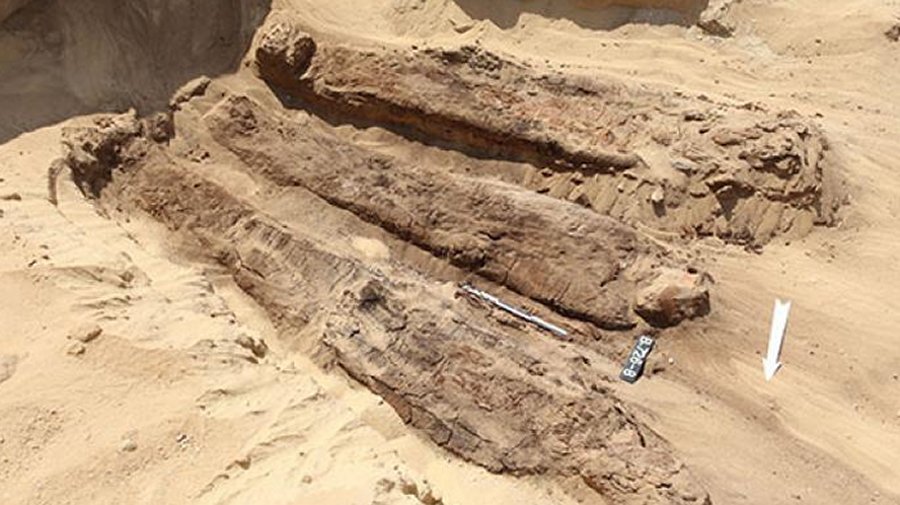 Burials of the necropolis from the 6th century BC - 1st century AD within the "Dry Moat". Photo: J. Dąbrowski/PCMA

"Apparently, the artisan who painted it could not read, and perhaps he tried to recreate something that he had seen before. In any case, some of the painted shapes are not hieroglyphic signs, and the whole does not form a coherent text," Kuraszkiewicz said.

He also points to an unusual decoration on the part of the coffin covering the feet. "There are two beautifully clumsy images of Anubis in the form of lying jackals in a completely unusual blue color" - he adds.

Anubis was the Egyptian god depicted as a canine or a man with a canine head. He was associated with mummification and the afterlife.

Presented as the African jackal, he was usually black. Perhaps this unusual blue colour is a reference to the fact that, according to Egyptian beliefs, the hair of the gods (and in this case the hair of the divine jackal) were made of precious blue stone, Kuraszkiewicz says. 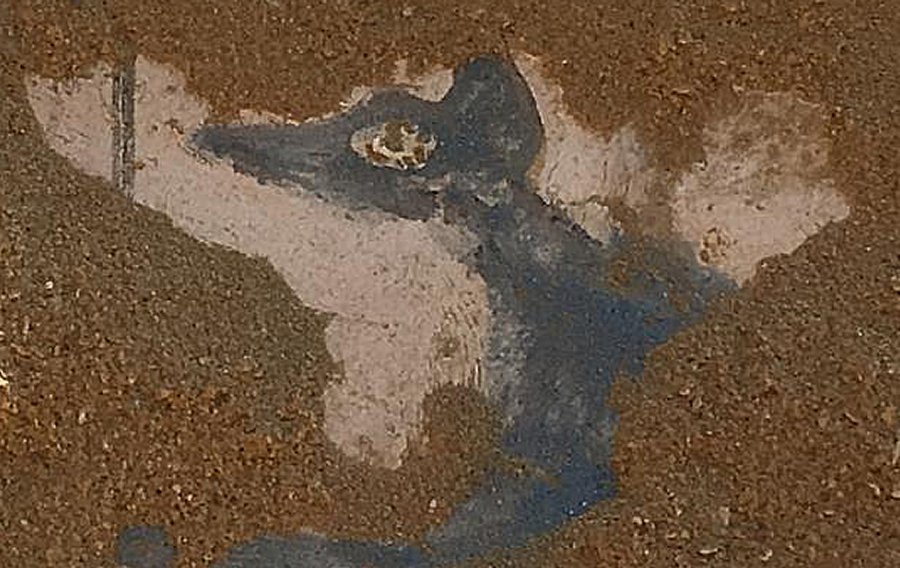 An image of Anubis painted on the feet of one of the coffins - during exploration. Photo: A. Kowalska/PCMA

Unfortunately, already in the antiquity, the ornamented coffin was a victim of thieves, who stole its carved mask depicting the deceased.

So far, excavations in the area revealed two necropolises were located west of the Pyramid of Djoser complex; one, in which the nobles from the 6th Dynasty (2345-2118 BC) were buried, consists of burial chapels made of mud bricks and tombs carved in the rock. Above the older necropolis, archaeologists discovered a vast cemetery from the end of Pharaonic Egypt - the Late, Ptolemaic and Roman Period (6th century BC - 1st century AD). 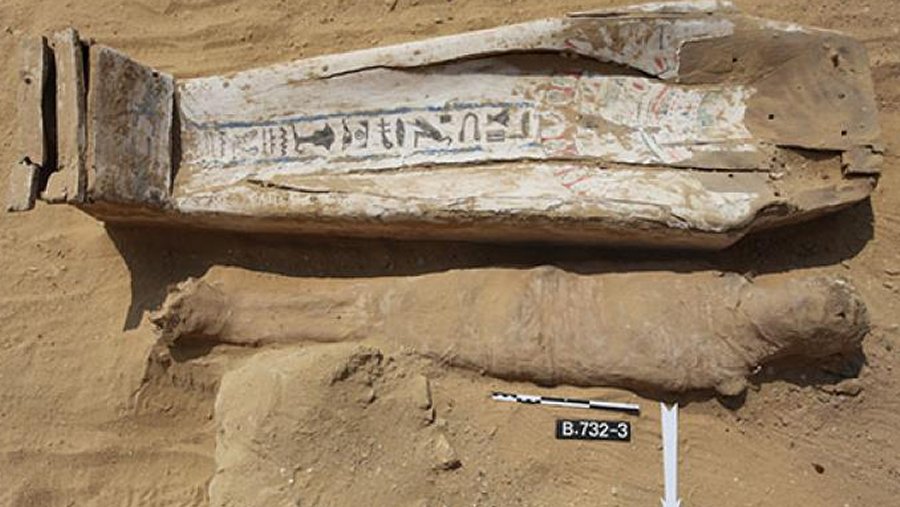 In total, there have been discovered over 500 simple burials. Ordinary people were buried in that necropolis, not the then elites.

During the period when the cemeteries functioned, Egypt lost its independence and initially was under the Persian rule. Then the state of the pharaohs was conquered by Alexander the Great. His successors started in Egypt the longest-reigning dynasty (the Ptolemaic dynasty), among other dynasties in the Hellenistic kingdoms. The most famous representative of that dynasty was the legendary Cleopatra VIII.