AncientPages.com - Glastonbury Abbey in Somerset holds a special place in popular culture. It was renowned in the early middle ages as the reputed burial place of the legendary King Arthur and the site of the earliest Church in Britain, thought to have been founded by Joseph of Arimathea.

The real history of Glastonbury Abbey has finally been uncovered thanks to ground-breaking new research from the University of Reading. 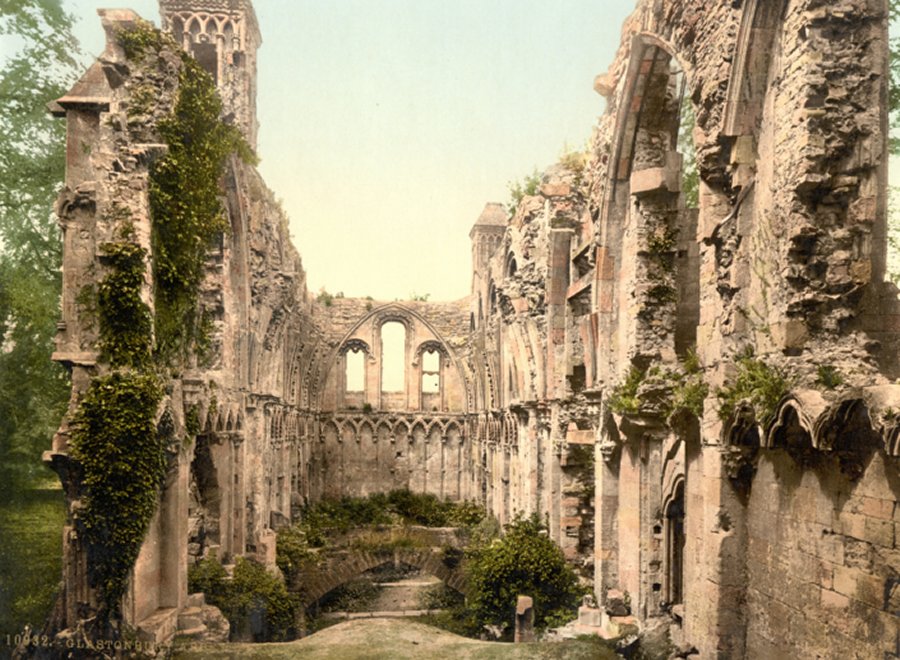 The four-year project reassessed and reinterpreted all known archaeological records from excavations at the Abbey between 1904 and 1979, none of which have ever been published. The research involved a team of 31 specialists and was conducted with partners Trustees of Glastonbury Abbey and funded by the Arts and Humanities Research Council.

Analysis revealed that some of the Abbey’s best known archaeological 'facts’ are themselves myths - many of these perpetuated by excavators influenced by the fabled Abbey’s legends.

Research revealed that the site was occupied 200 years earlier than previously estimated - fragments of ceramic wine jars imported from the Mediterranean evidence of a ‘Dark Age’ settlement. The analysis also showed how the medieval monks spin-doctored the Abbey’s mythical links to make Glastonbury one of the richest monasteries in the country.

“This project has rewritten the history of Glastonbury Abbey. Although several major excavations were undertaken during the 20th century, dig directors were led heavily Glastonbury’s legends and the occult. Using 21st century technology we took a step back from the myth and legend to expose the true history of the Abbey,” Roberta Gilchrist, Professor of Archaeology at the University of Reading who  led the study, said. 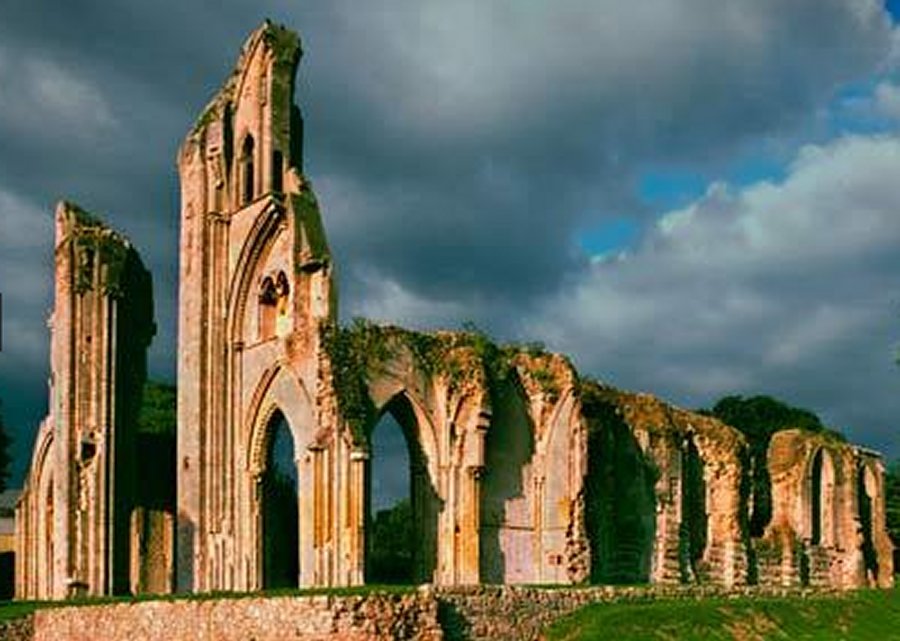 Research revealed that the site was occupied 200 years earlier than previously estimated - fragments of ceramic wine jars imported from the Mediterranean evidence of a ‘Dark Age’ settlement. The analysis also showed how the medieval monks spin-doctored the Abbey’s mythical links to make Glastonbury one of the richest monasteries in the country.

The project explored the archaeological collections of Glastonbury Abbey Museum, including chemical and compositional analysis of glass, metal and pottery. A comprehensive new geophysical survey of the Abbey grounds was also undertaken. A key focus for the researchers was the work of Ralegh Radford who excavated there in the 1950s and ‘60s. Radford claimed to have discovered a Christian 'British' cemetery, a Saxon cloister that was believed to be the earliest in England, as well as the site of King Arthur’s grave, allegedly located by the monks in 1181.

However this latest analysis disputes these findings, with the graves Radford judged to be ‘Dark Age’ shown to be later than the Saxon church and cemetery. Additionally the site of Arthur’s ‘grave’ was revealed to be a pit in the cemetery containing material dating from the 11th to 15th centuries, with no evidence linking to the era of the legendary King Arthur and Queen Guinevere.

“It’s likely the judgement of excavators like Radford was clouded by the Abbey myths. They were also less critical of historical sources than we are today and did not have the luxury of 21st century technology. Our most amazing discoveries relied on radiocarbon dating and chemical analysis. We identified an early timber building of very high status, as well as a large craft-working complex of five glass furnaces radiocarbon dated to c. AD 700. This represents the earliest and most substantial evidence for glass-working in Saxon England,” Professor Gilchrist added.

Analysis has also highlighted how the monks crafted the legends to restore the Abbey to its former glory after a devastating fire in 1184. 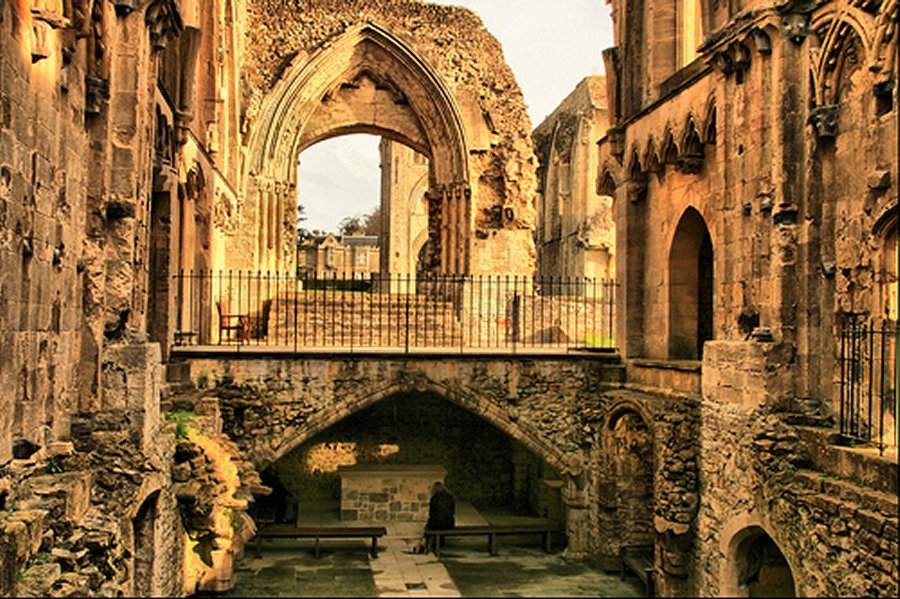 Over the years, the abbey has become the gravitational center of Britain's legendary universe, largely because of its role in the creation and development of the legends of Joseph of Arimathea and King Arthur. We will attempt to show how and why the abbey came to play the role that it did and to evaluate the importance of Joseph and Arthur to Glastonbury's place of prominence. Photo via http://www.visitnunney.com/

“The monks needed to raise money by increasing the numbers of visiting pilgrims - and that meant keeping the myths and legends alive. We found evidence that the monks laid out the buildings in a very distinctive way to emphasise the ‘earliest church’ story. Uniquely, the religious and cult focus of the site was to the west of the Abbey church, centred on the Lady Chapel. This occupied the site of the legendary early church, allegedly founded by Joseph of Arimathea,' Professor Gilchrist explained.

“The monks also deliberately designed the rebuilt church to look older in order to demonstrate its ancient heritage and pre-eminent place in monastic history, using archaic architecture style and reused material to emphasise the Abbey’s mythical feel. This swelled pilgrim numbers - and the Abbey’s coffers.

“It was a strategy that paid off: Glastonbury Abbey became the second richest monastery in England by the end of the Middle Ages. Re-examination of the archaeological records revealed the exceptional scale of the abbot's lodging, a luxurious palatial complex to the southwest of the cloister.”

Now researchers focus on digital reconstructions and an interactive map, which will be developed as well as a new guidebook and education packs for schools.

“Thousands of people from across the globe visit this magical monument every year, drawn by its history and legends. Our research has shed new light on the Abbey and its national and international significance, both in the middle ages and today.

"Future visitors will enjoy their experience even more and leave with the real history of the Abbey.”