A. Sutherland - AncientPages.com - More than sixty years ago, two ancient wooden boats, were discovered in separate carved stone pits located next to the Great Pyramid of Giza in Egypt.

Until now, it is still debated over whether these boats were symbolic solar barks for the king to use in his afterlife, or funeral boats, used to transport Khufu’s funerary equipment to his pyramid. 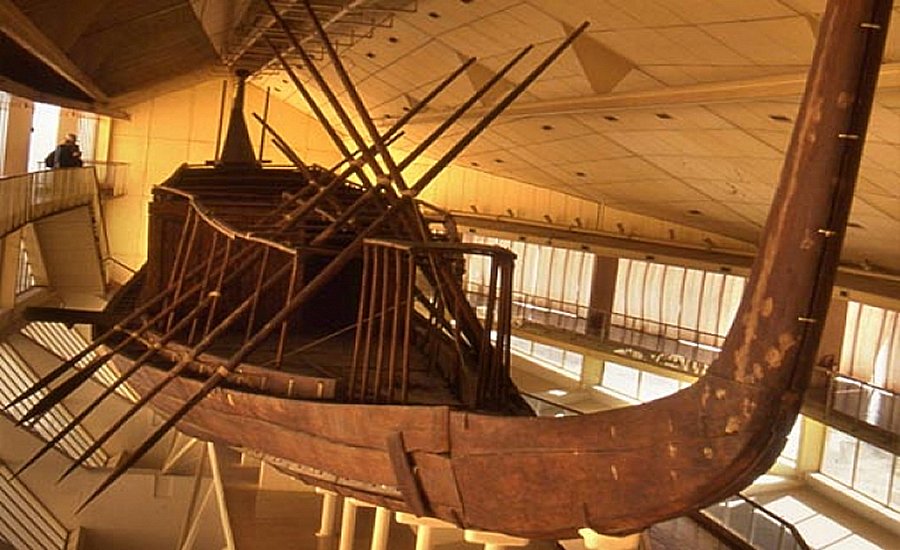 According to some Egyptologists the ship was a Solar Barque, a boat to carry the dead king of Egypt, resurrected and floating with the Sun-god on his eternal journey across the sky. Others proposed that it was a pilgrimage boat, used by Khufu during his lifetime. In fact archaeologists who investigated the boat remains, found evidence of rope markings clearly showing that the boat had been used in the water.

Additionally, the boat did not fit into the pit whole, but had to be dismantled, which means that the stone pit was not constructed specifically for the boat.

The boat did not fit into the pit whole, but had to be dismantled first, which means that the stone pit was not constructed specifically for the boat. Image source

It seems that the Khufu Boat had nothing to do with a religious use; no ritual objects or inscriptions were discovered in the pit. The dismantled boat was entombed about 2500 BC.

Over the years, the pharaoh’s boat was variously called as the "Khufu Boat", the "Solar Barque" or simply the Pharaoh Ship".

Experts say it is the largest ancient royal vessel ever found in Egypt and one of the oldest planked vessels in the world. It was built for Khufu (Cheops), the second pharaoh of the Fourth Dynasty of the Old Kingdom of Egypt, who was ruler of Upper and Lower Egypt around the middle of the third millennium BC. 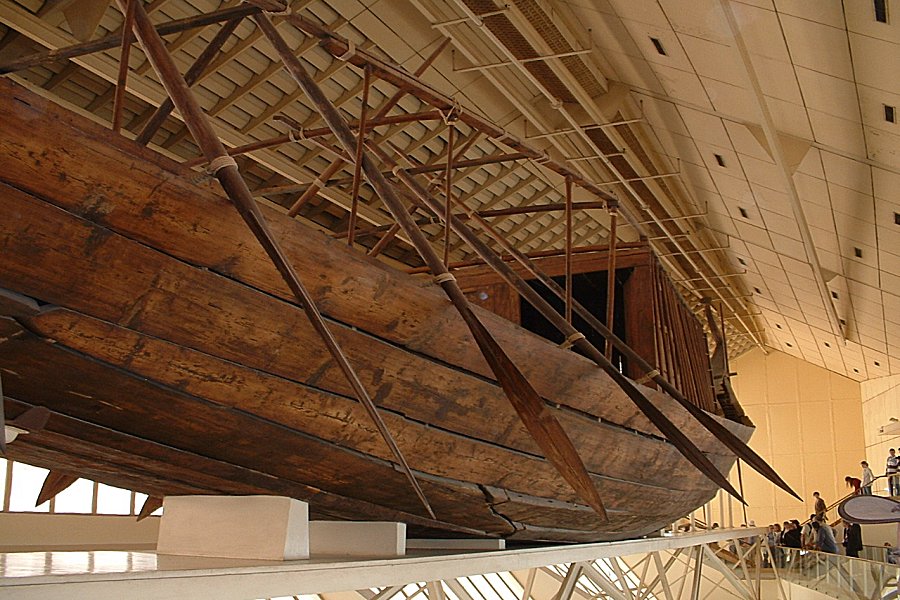 The earliest representations of Egyptian Nile vessels were  only very simple images that date back to 4500 BC.

An important and sensational discovery came in 1991.

Researchers led by David O’Connor, then assistant curator of Egyptology at the museum of the University of Pennsylvania, discovered  in ancient city of Abydos, twelve parallel burials of fifty-to sixty-foot boats  dating to Dynasty I or II, that is roughly one thousand years before the Khufu Boat.

The team unearthed one of the boats, which gave evidence of an ancient Egyptian boat-building.

Interestingly, "the Abydos boats were likely used rather than built only as funerary vehicles…. They were also “sewn” like the construction of the thousand-year-later Khufu Boat…” (Gordon S. A History of the World in Sixteen Shipwrecks).

Returning to the Khufu Boat, we learn that after 13 years of painstaking reconstruction works, as many as 1224 pieces of the ship were assembled together. The boat, built of cedar trees from the mountains of the Lebanon, is forty-five meters long from stem to stern and 5.9 m (19.5 ft) wide. 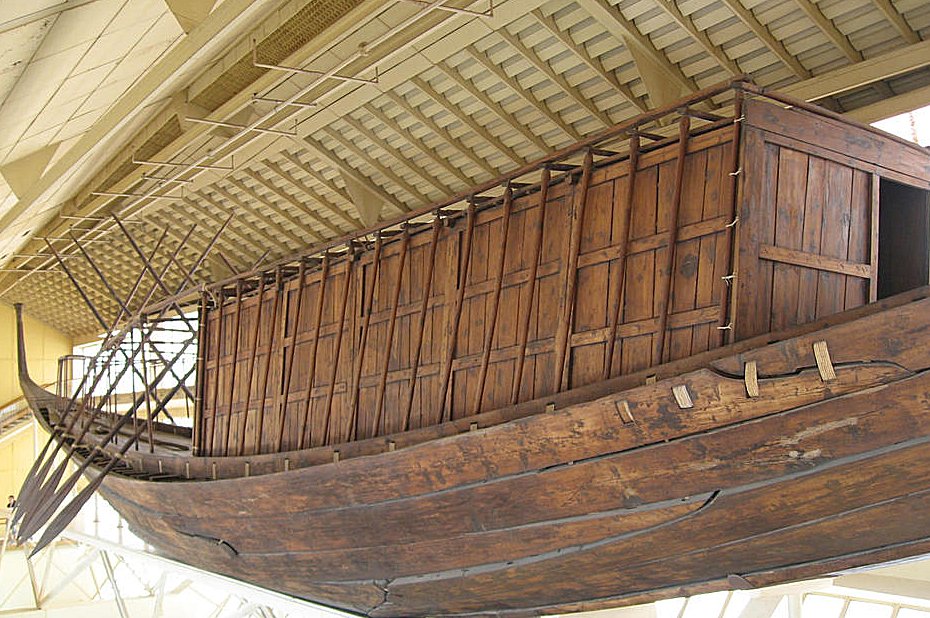 As a part of grave goods intended for use in the afterlife, the Khufu Boat contained no bodies, unlike northern European ship burials, for example, those of the Vikings. The Viking chiefs who held high status were given ship burial and were either burned or buried along with their ship.

Ancient Egyptians had a long tradition of boat-building but they used different techniques than the Vikings who nailed their ships together with iron nails. The Khufu Boat and other Egyptian boats were not nailed.

Along with the puzzle-piece joggling, its builders connected neighboring planks with mortise-and-tenon joints, a kind of peg-in-hole technique. They also lashed the hull planks together with rope made from a grass called halfa. They didn't wrap the rope around or through the hull planks, which might have promoted leaks. Rather, they worked it through thousands of V-shaped channels they laboriously carved into the inside faces of planks.

It was their unique, at least 4,500 -year-long technique to build a ship.  They sewed the ship together.

Gordon S. A History of the World in Sixteen Shipwrecks