AncientPages.com - Nepali art history will have to be revised after the recent discovery of rock paintings in Upper Mustang, researchers say. 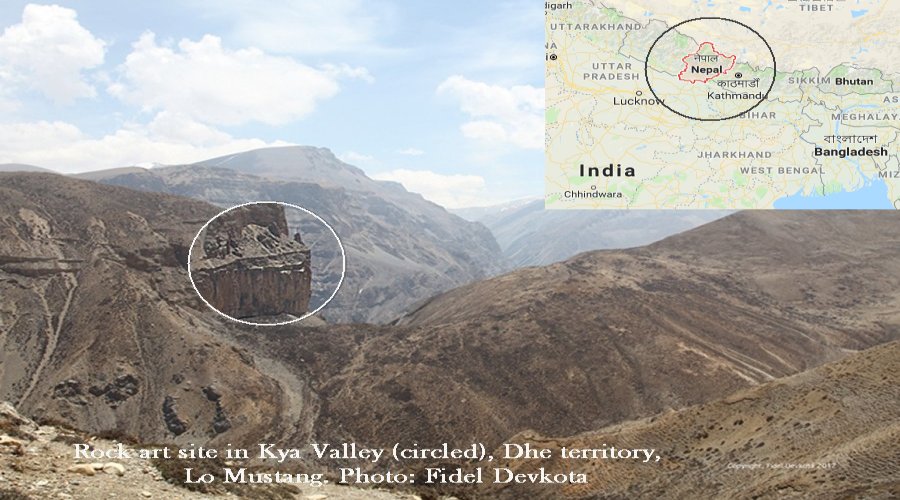 Recently discovered ancient rock art could shed more light on history of the people of Upper Mustang, Nepal, according to Fidel Devkota, an anthropologist.

Devkota came across the paintings, while he was documenting impact of climate change in the region of Mustang, for the past 10 years. He discovered 90 rock paintings made of red and yellow ochre and depicting wild yaks, horses and other animals, with depictions of the crescent moon and human figures.

The exact place of this fascinating discovery, are rock faces in the Kya and Ludak Valleys in the eastern part of Mustang, a remote place, which is difficult to find. 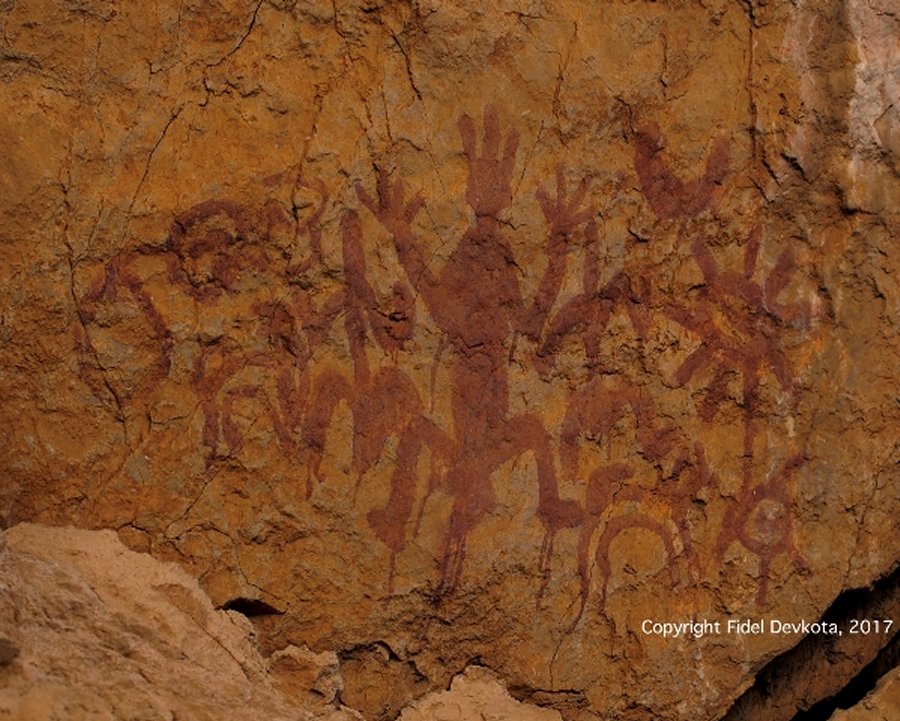 An integrated red and yellow ochre composition featuring a central squatting figure flanked by two subsidiary squatting figures, all three of which are surrounded on the right by a crescent moon, two sunbursts and what appears to be an animal, and by two interconnected circular subjects and possibly another animal below it on the left side of the photograph. Kya, Lo Mustang. Protohistoric period. Photo: Fidel Devkota.

“The paintings and inscriptions are different in style, execution, composition and placement, suggesting that they are from various historical periods,” Devkota told Nepali Times.

Devkota collaborated with John Vincent Bellezza, an archaeologist and cultural historian specialising on Tibet, and the two have jointly published a paper, ‘Obscured for Centuries: The Lost Rock Art of Lo Mustang’, documenting the discovery. 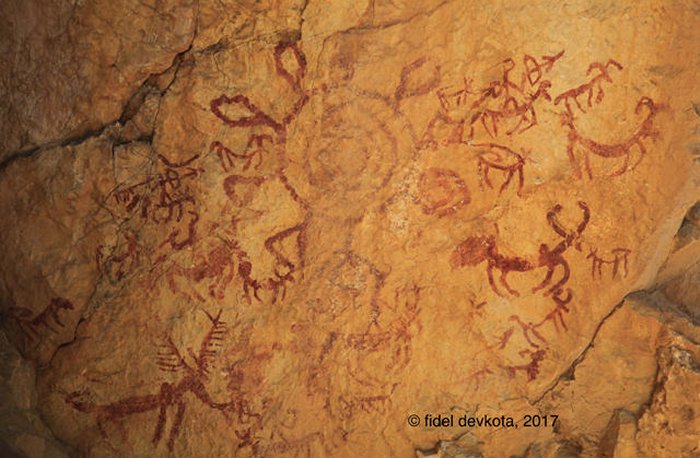 The paintings has not yet been dated, however, Belleza compared the rock art and inscriptions, based on Devkota’s photographs, with the rock art in western Tibet, Sipti and Ladakh. He dates some of the paintings as far back as pre-7th century CE.

“The first phase of paintings is prehistoric but the later phases are clearly motivated by Buddhism and Yungdrung Bon religious practices,” writes Devkota in the paper.

According to Devkota, this rock art should be preserved and examined in detail; in many places some paintings have already deteriorated.

“Even  if we cannot preserve it on site, we should at least have proper documentation for the future because if we lose it now, we may never fully understand what these works represent,” Devkota said. 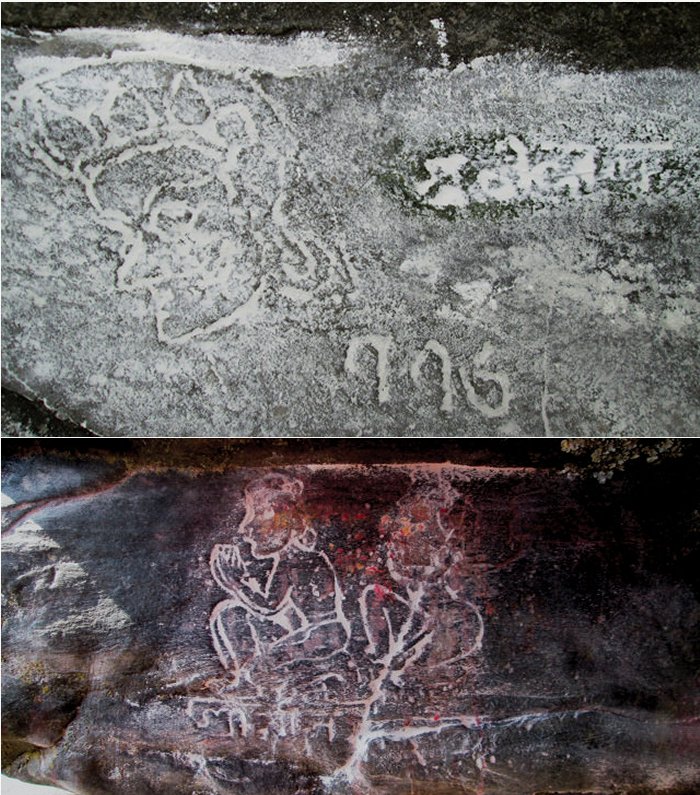 Nepali Times writes that Professor Purushottam Lochan Shrestha was on a field visit to Changu Hill overlooking Kathmandu with his students four years ago when a shopkeeper mentioned paintings in the nearby Kalika Gufa. Curious, Shrestha found the cave and came upon hitherto unknown art works from the Malla era.

There were paintings of a helmeted soldier, another of Hanuman carrying a mountain and two others of King Pratap Malla kneeling.

To the south of Bhaktapur in Tathali, Shrestha later discovered rock edicts from the Malla period carved into three huge rockfaces. The 15 inscriptions dating back 700 years mention that the rocks from here were used to build the Vatsala Temple in Bhaktapur, which came down in the 2015 earthquake. There are also paintings of elephants and horses.

Since the findings, Shrestha has been on a one-man search, without any government help, for other cave and rock inscriptions that could throw more light into the early history of Kathmandu Valley.