AncientPages.com - Several chamber-graves have been unearthed in the hamlet of Hørning near Skanderborg in Jutland, Denmark.

“The artefacts that we’ve already found are exquisite gilded fittings from a horse bridle. This type of bridle would only be available to the most powerful of people in the Viking Age, and we believe it might have been a gift of alliance from the king,” said Merethe Schifter Bagge, a project manager and archaeologist at the Museum of Skanderborg. 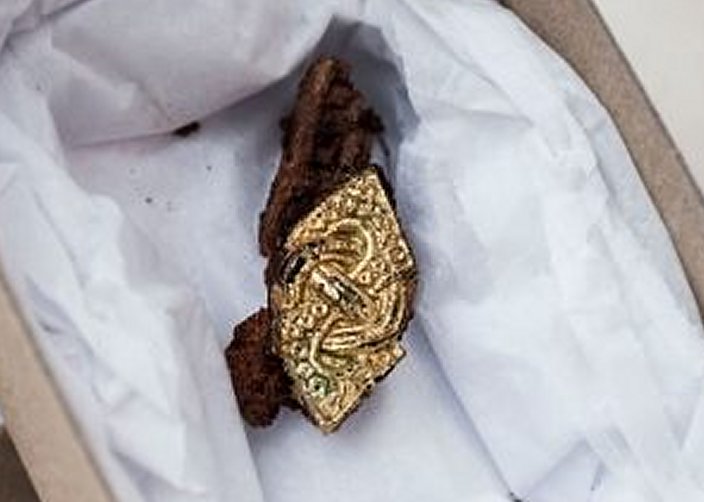 “The fittings date to circa 950 AD, which means that the Fregerslev Viking could have been the confidant of the king, Gorm the Old – or alternatively a rival.”

The king Gorm the Old (also called Gorm the Languid) was the first historically recognized King of Denmark, reigning from c. 936 to his death c. 958. 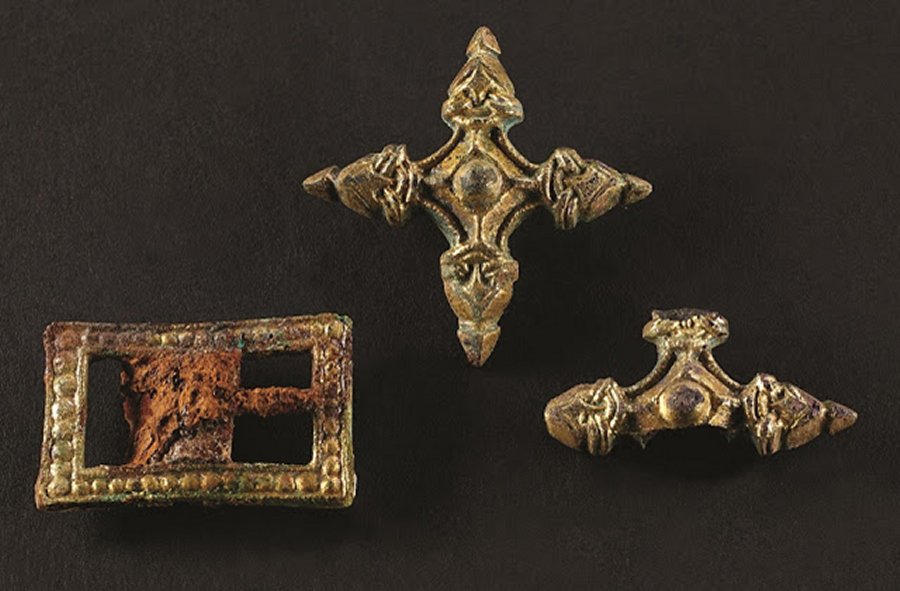 He was also the father of Harald Bluetooth, the Viking king of Denmark between 958 and 970. King Harald was famous for uniting parts of Denmark and Norway into one nation and converting the Danes to Christianity. 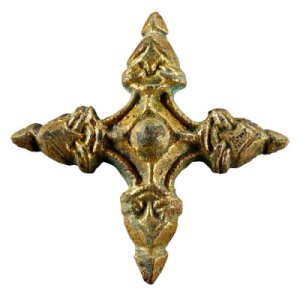 Recent discovery is particularly interesting because one of the chamber-graves contains the remains of a high-level person from the early Viking Age, as well as a number of spectacular items that confirm the individual’s high standing. He has been dubbed the ‘Fregerslev Viking’.

The Viking find has been compared to two other sensational finds in recent times: the Tollund Man and Egtved Girl. In fact, a comparable find has not been made in Denmark since 1983.

The initial discovery of the graves took place in 2012, but only a small area has been examined so far. Next month, the archaeological excavation will continue once again.

“Only a small part of the grave has been examined, but on April 19 we’ll start uncovering the rest of the Viking grave’s goods in an excavation managed by the Museum of Skanderborg,” said Ejvind Hertz, a museum inspector and manager of the museum’s archaeological department.

Some of the discoveries will be exhibited at the Museum of Skanderborg from April 7 until May 7.