He planned to become the first Englishman to sail around the world. 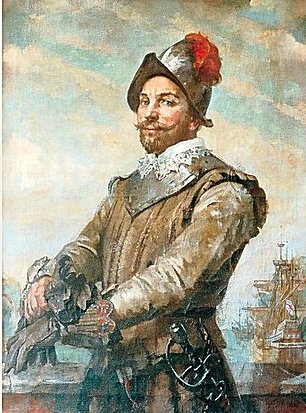 He was a hero to the English but a pirate to the Spaniards;. king Philip II was said to have offered a reward of 20,000 ducats, about £4 million (US$6.5 million) by modern standards, for his life.

Born in Tavistock, Devon, England, Drake began his voyages early. At age 23, Drake made his first voyage to the Americas, sailing with his second cousin, Sir John Hawkins and in 1568, he made the second voyage but was trapped by the Spaniards in the Mexican port of San Juan de Ulúa. He escaped along with Hawkins but he made an enemy for life: the Spanish Navy.

Considered a pirate by his captors, Drake found a way to break free and managed to return to England with Hawkins.

In 1573, there were many stories of his courage but he did not know about a secret mission for the Queen in 1577.

Having heard of Drake’s exploits, Elizabeth sought to employ the brave captain for raids on the Spanish colonies along the Pacific Coast of South America. Always eager to exact revenge on his nemesis, Drake gathered a crew and set sail on November 15th but weather did not permit to continue the mission.

Finally, Drake on his ship, Pelican with the 164-man crew left Plymouth on December 13, 1577. They sailed toward Africa first, then cross the Atlantic bound for present-day Argentina. Along the way, dozens of men died and when the expedition reached the port of San Julian, only half of the ships remained but not for long. 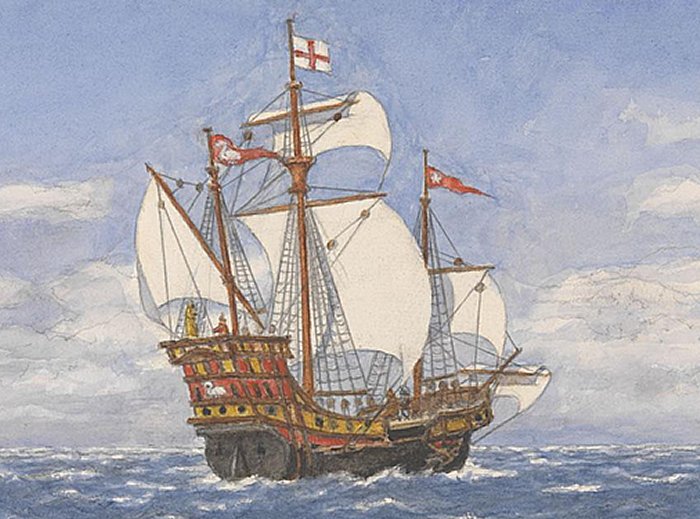 As the ships headed west into the Pacific Ocean, challenging seas, sank one ship and forced another to limp back to England. Only the Pelican, renamed the Golden Hind, would continue up the coast of South America for more attacks and greater wealth.

Sailing in search of a way to slip back into the Atlantic Ocean, Drake began chasing Spanish treasure boats across the Pacific in July 1579 -- a profitable enterprise.

Drake returned via the islands of the South Pacific and through the trade centers of Asia, India and Africa to Plymouth on September 26, 1580 with just 59 men under his command.

Drake died of fever at sea near Panama; he was on a voyage intending to attack Spanish colonies in the West Indies.