Born on July 1, 1646 in Leipzig, Germany Leibniz was a very intelligent young man who started study at the Leipzig University when he was 15 year old. He graduated with a bachelor's degree in philosophy at 17 and with a doctorate in law at 20. 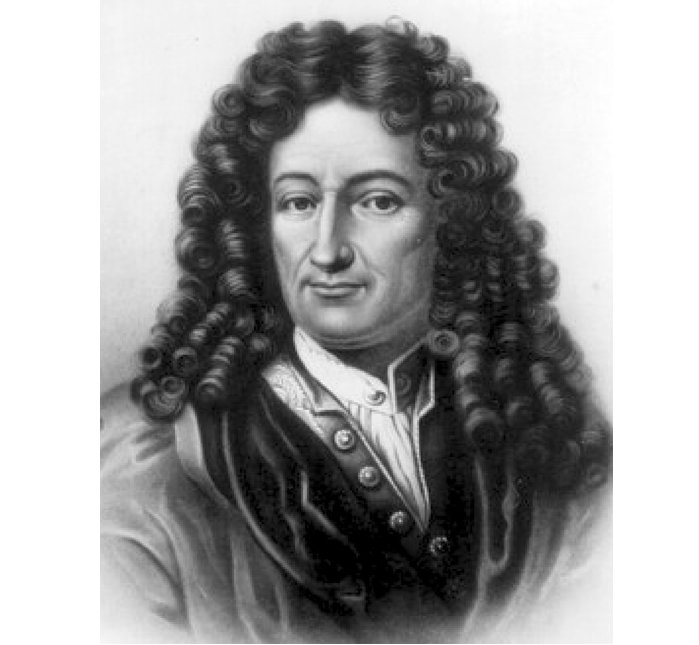 He was one of the great renaissance men of Western thought and he made significant contributions in several fields such as law, philosophy, mathematics, physics, logic, ethics, and theology.

In the area of philosophy, Leibniz is most remembered for his optimism. Philosophical optimism was an attempt to solve the problem of suffering and evil in the world and Leibniz emphasized the role of a benevolent creator.

Leibniz thought symbols to be very important for the understanding of things. He also tried to develop an alphabet of human thought, in which he tried to represent all fundamental concepts using symbols and combined these symbols to represent more complex thoughts. Leibniz never finished this.

Leibniz was an excellent mathematician and logician and he is today famous for his invention of the differential and integral calculus independently of Isaac Newton.

Acritical breakthrough in his work here occurred on November 11, 1675, when he successfully demonstrated integral calculus for the first time to find the area under the y=x function. He introduced several notations used in calculus to this day, for instance the integral sign "+ representing an elongated S from the Latin word summa and the d used for differentials from the Latin word differentia.

Lebniz’s work was published in many learned journals, in tens of thousands of letters, and in unpublished manuscripts. He wrote in several languages, but primarily in Latin, French, and German.

As an engineer, he also worked on calculating machines, clocks, and even mining machinery. Not to mention that he more or less also invented the modern idea of cataloguing.

There is no doubt that Leibniz’s ideas, theories and inventions have been greatly beneficial to several scienfitic fields.

This great thinker and scientist died on November 14, 1716 in Hannover.