AncientPages.com - Magdala, an ancient city on the Sea of Galilee, 3 miles (4.8 km) north of Tiberias is today only ruins in northern part of Israel.

It is believed to be the birthplace of Mary Magdalene.

Matthew 27:55-56 says: "... Many women were there, watching from a distance. They had followed Jesus from Galilee to care for his needs.  Among them were Mary Magdalene, Mary the mother of James and Joseph,[ and the mother of Zebedee’s sons.." 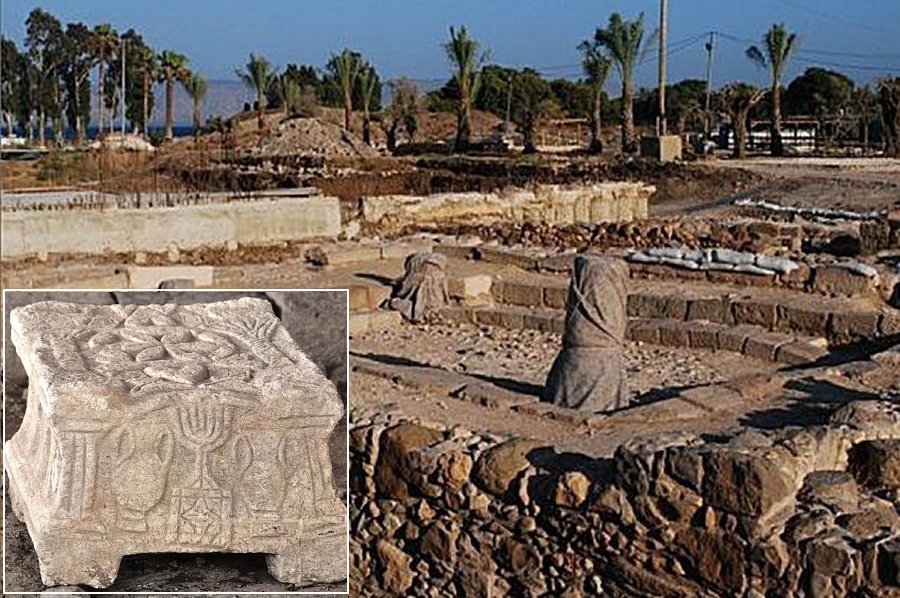 The ancient town of Magdala, in which the synagogue structure is located, had been in use during the Roman period.The ancient city was a subject of archaeological excavations in 2009, which revealed a synagogue ruins, believed to date back 2,000 years.

Excavations in town of Magdala in Golan Heights revealed remains of ancient structure; 'historic and rare findings' include fragments of columns, parts of benches and pottery. 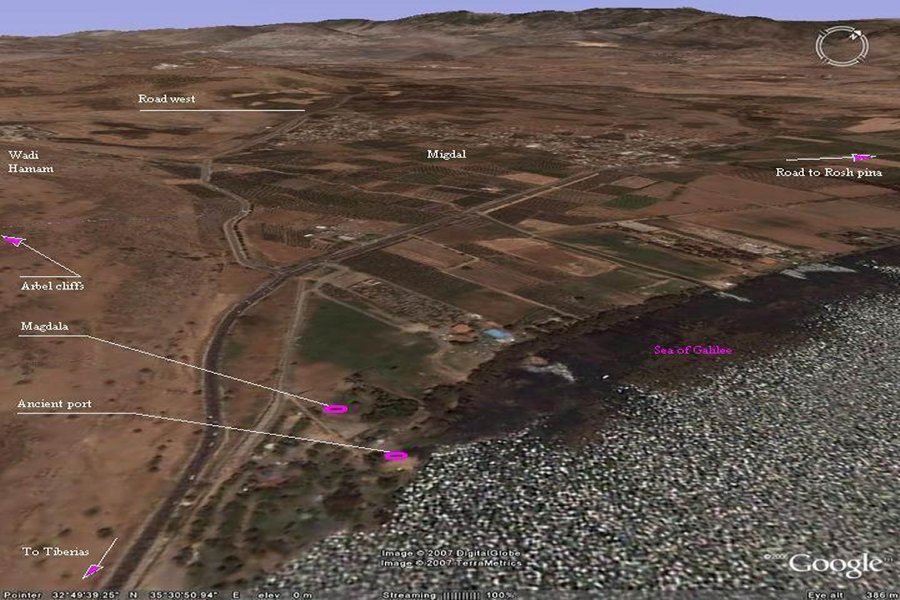 The ruins of Magdala are located on the north-west side of the Sea of Galilee, 5 Kilometers north of Tiberias. They were Mary Magdalene's village, today a town called Migdal. This is the aerial view of the area from the south-east side. Crediots: BibleWalks.com

The discovery has shed light on fascinating and little-known aspects of this historically important town by the Sea of Galilee.

Only two miles north of Tiberias along the lakeside road, there is an old village of Magdala, the birthplace of Mary Magdalene. On the hill just to the south of old Magdala, there are sarcophagi carved out of the rocks, in the place that was Magdala's cemetery.

The excavations in the Golan Heights started two months ago, following a thorough survey carried out in the Institute of Archaeology at Bar-Ilan University.

The researchers wanted to put a special emphasis on the Golan area during the Roman period and chose a site they were almost certain had been ruined before the Byzantine period,' according to source. 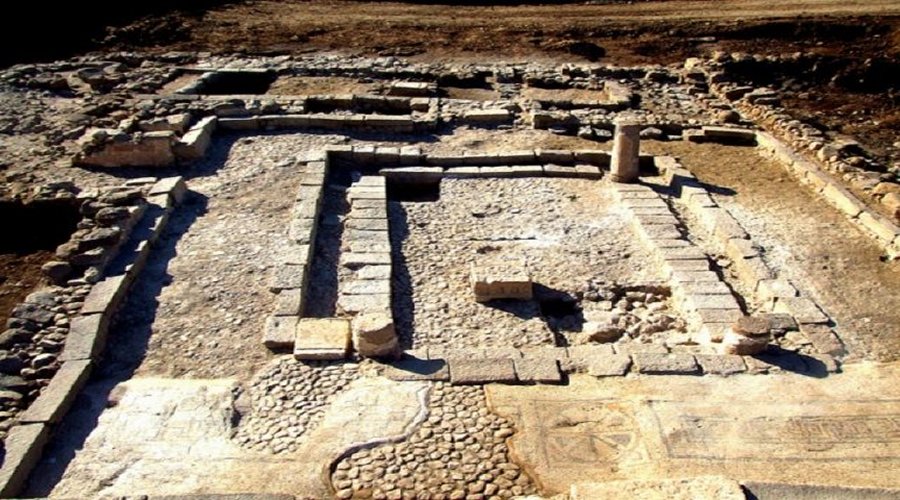 Findings at the town include an ancient 1st-century synagogue where it seems Jews and the earliest Judeo-Christians worshipped together, side by side. Credit: Magdala Center Project/magdalaproject.org

The findings collected in the area, such as vases and coins, led the department's team to begin the excavations, which led to the exposure of the ancient structure several weeks ago.

The excavations were led under Osband's direction, and were conducted as part of his doctoral studies. His advisor, Professor David. Adan-Bayewitz, who is the head of Bar Ilan's institute of Archaeology, described the discovery as "historic".

The excavation findings indicate that the ancient town of Magdala, in which the synagogue structure is located, had been in use during the Roman period until the middle of the fourth century at the latest, and did not continue into the Byzantine period.

The continued excavations at Magdala are expected to shed light, among other things, on the exact years during which the synagogue had been in use.