A. Sutherland - AncientPages.com - The Iceni people were British Celts who occupied the area of modern Norfolk, Cambridgeshire, and northwest Suffolk. The tribe represented a significant power in eastern Britain during Claudius' conquest of Britain in 43 AD. 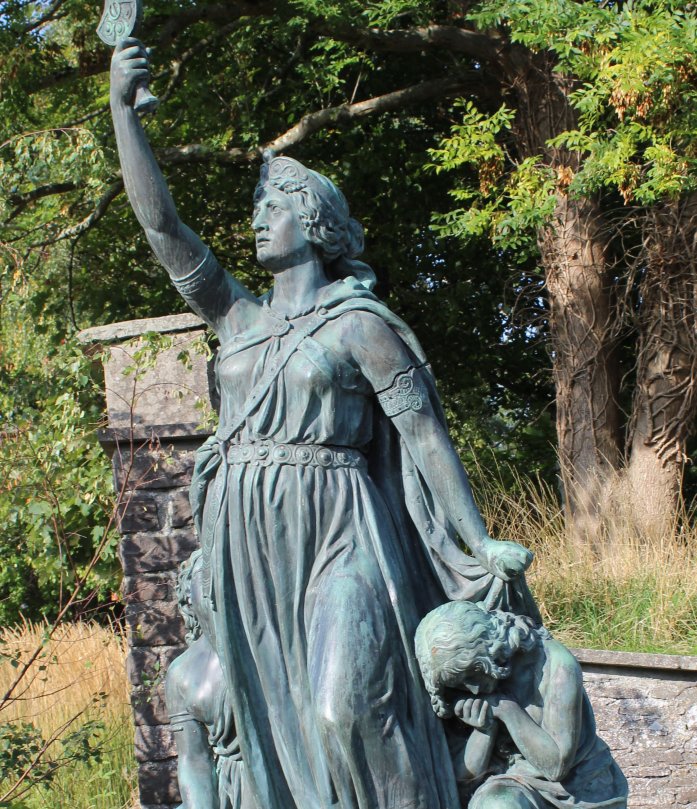 In 47 AD, the Iceni rose in revolt after the Romans tried to enforce a law forbidding the carrying of weapons and increase Roman influence on the tribe's affairs; their protest was put down, and Prasagustas was established as a client king.

Prasutagas decided that it would be wise to make his will assigning half of his personal property to the Roman emperor, and so it remained. However, when he died in 61 Ad, the situation changed. The king's will was ignored, and the kingdom was annexed.

Boudica, Prasutagas's widow and queen of the Iceni tribe, was publicly flogged, her daughters raped, and the estates of the most prominent Iceni men were confiscated. In 61 AD, Boudicca raised the Iceni and the neighboring Trinivantes tribe in revolt against Roman rule.

She decided to destroy the invaders and chose Londinium as a critical target for her uprising. On her way to Londinium (modern London), Boudica and her army destroyed Camulodunum (modern Colchester), at that time a settlement for discharged Roman soldiers and the site of a temple to the former Emperor Claudius.

Boudicca's treatment of her enemies was brutal, and she must have given the Romans a terrific scare. One legion was so terrified that they refused to move against her. When the Iceni reached Londinium, they pillaged and burned down the city, killing all remaining inhabitants.

At first, the authorities could not prevent the Boudican revolt's advance. Upon hearing of the uprising, Governor Gaius Suetonius Paulinus hurried from the island of Anglesey off the northwest coast of Wales to Londinium to save the city. However, due to the lack of sufficient forces, he could not. He instead decided to sacrifice the single city of Londinium to save the entire province and gave the signal to abandon the city as soon as possible.

The inhabitants were allowed to accompany him. Only women, or old, or attached to the place, stayed in the city. An estimated 70,000–80,000 Romans and British were killed in the three towns by those led by Boudica. Suetonius, meanwhile, regrouped his soldiers and, despite being heavily outnumbered, defeated the Britons at the Battle of Watling Street.

The Roman historian Tacitus (56 AD – 117 AD) wrote about what Suetonius told his men before the fight:

"Ignore the racket made by these savages. They are not soldiers - they're not even properly equipped. There are more women than men in their ranks. We've beaten them before, and when they see our weapons and feel our spirit, they'll crack. Stick together. Throw the javelins, then push forward: knock them down with your shields and finish them off with your swords. Forget about plunder. Just win, and you'll have everything."

It was only with some difficulty that the Romans managed to quell the Iceni uprising. Londinium, the thriving port growing on the banks of the River Thames, was left in ruins. At first, Boudicca's fate was unknown, but later, people began to believe that she took her own life by taking poison rather than falling into her enemies' hands.

The Romans established a new capital in the Iceni lands at Caistor-by-Norwich. No record of the Iceni exists after this point, though legends suggest that many fled west into Wales and eventually settled in Ireland.

By the Middle Ages, Boudica was forgotten. She was not mentioned in "Historia Brittonum" by Venerable Bede, the earliest prose stories "Mabinogion' or Geoffrey of Monmouth's 'History of the Kings of Britain.'

There is a tendency to think of Boudicca as a great patriotic leader of the British, perhaps the first national heroine.

Many others do not consider her particularly appealing character.