Ellen Lloyd - AncientPages.com -  Very little is known about the original Sibylline books. The original Sibylline books were closely-guarded oracular scrolls written by prophetic priestesses (the Sibylls) in the Etruscan and early Roman Era as far back as the 6th Century B.C.E. These books were destroyed, partially in a fire in 83 B.C.E., and finally burned by order of the Roman General Flavius Stilicho (365-408 C.E.).

Who was Cumaean Sibyl?

Cumaean Sibyl was a priestess residing over the Apollonian oracle at Cumae, a Greek colony located near Naples, Italy. The word sibyl comes (via Latin) from the ancient Greek word sibylla, meaning prophetess. In the ancient world there were a number of sibyls active in various locations.  Sibyls would give answers whose value depended upon good questions - unlike prophets who typically answered with responses indirectly related to questions asked. 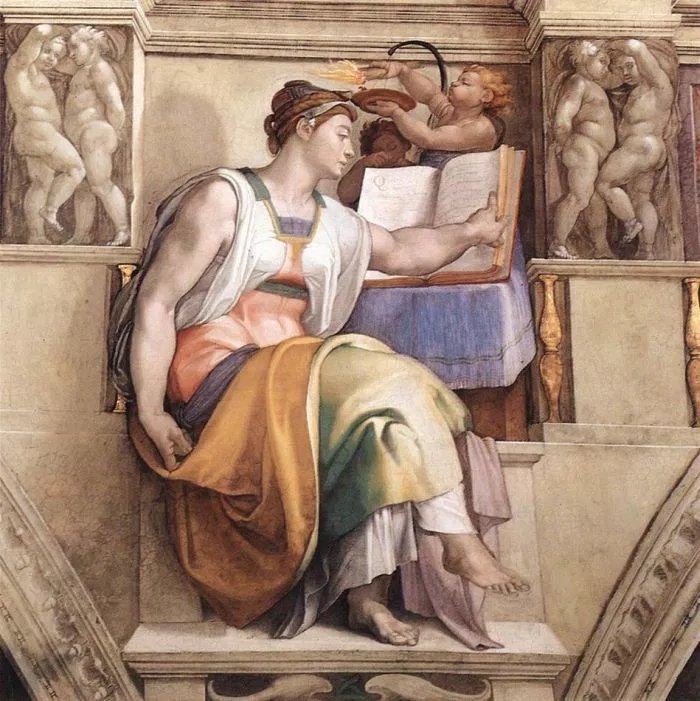 Michelangelo's rendering of the Erythraean Sibyl.

The Cumaean Sibyl became the most famous among the Romans. In ancient Greece, the Erythraean Sibyl became well-known and the Sibyl of Dodona, possibly dating to the second millennium BC according to Herodotus, favored in the east.

According to legend, Lucius Tarquinius Superbus the legendary seventh and final king of Rome bought the books from Cumaean Sibyl.

When Cumaean Sibyl approached Lucius Tarquinius Superbus she offered him 9 scrolls, but he didn’t want to buy them because they were too expensive.

Tarquinius tried to negotiate about the price, but Sibylle refused to sell the scrolls cheaper. Instead, she tossed three of the books into the fire.

For the six remaining books she asked the same price as she had asked for the nine books. 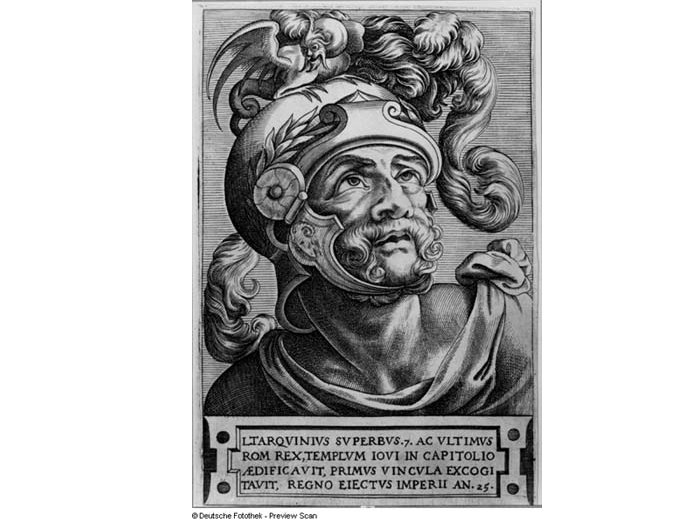 Tarquinius was very displeased about this and made a remark about the scrolls and price. Sibylle responded again by tossing three of the books into the fire. At this point, Tarquinius got worried he would have to leave empty handed. He accepted and paid the price for three remaining although he could have had nine books for the same price.

Whether this story is true or not, remains unknown. It is possible Tarquinius invented this story to defend himself why he had paid too much for the three books.

Sibylline books were closely guarded and consulted at momentous crises

According to the Roman tradition, the oldest collection of Sibylline books appears to have been made about the time of Solon and Cyrus at Gergis on Mount Ida in the Troad. From Gergis the collection passed to Erythrae, where it became famous as the oracles of the Erythraean Sibyl. It would appear to have been this very collection that found its way to Cumae and from Cumae to Rome. 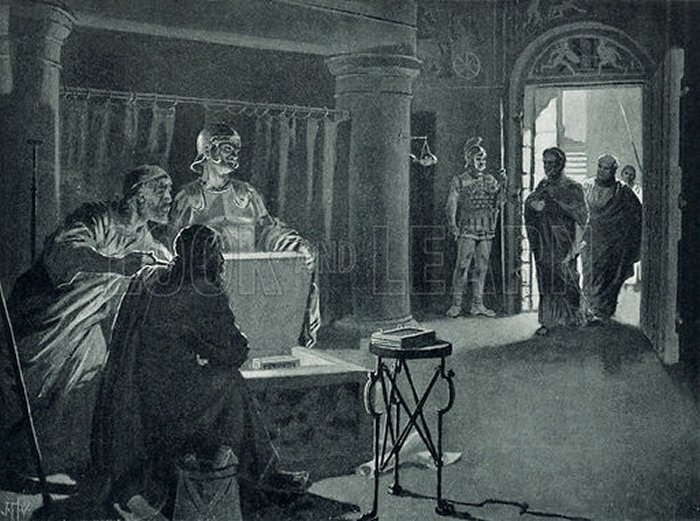 The Sibylline Books. Illustration for Hutchinson's History of the Nations (Hutchinson, c 1915).

The Roman Senate kept tight control over the Sibylline Books.  The Sibylline books were closely guarded and kept in a room beneath the Temple of Jupiter on the Capitol.

These officials, at the command of the Senate, consulted the Sibylline Books in order to discover not exact predictions of definite future events in the form of prophecy but the religious observances necessary to avert extraordinary calamities such as for example comets and earthquakes, showers of stones and plague. 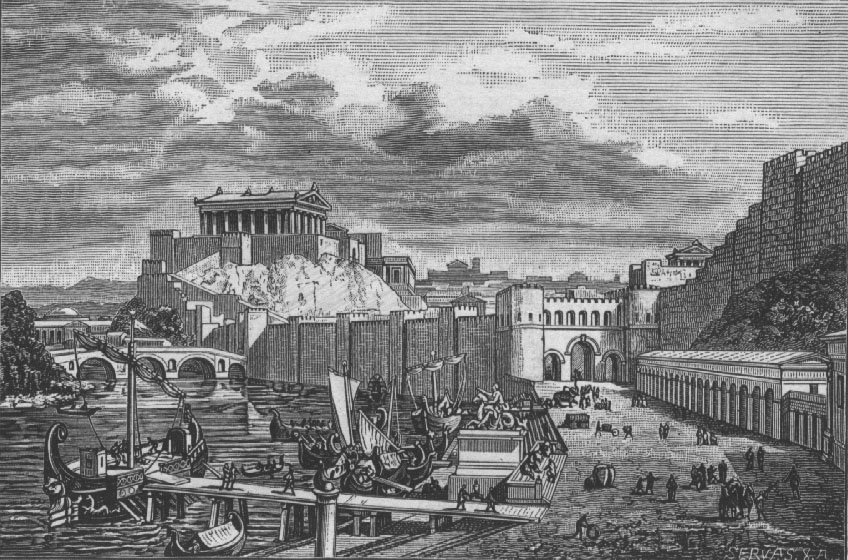 19th century illustration depicting the temple above the Tiber River during the Roman Republic.

It was only the rites of expiation prescribed by the Sibylline Books, according to the interpretation of the oracle that were communicated to the public, and not the oracles themselves, which left ample opportunity for abuses.

The Sibylline books were composed in Greek hexameter and the college of curators was always assisted by two Greek interpreters.

The destruction of the Sibylline books

When the Temple of Jupiter burned in 83 BC, they were lost. The Roman Senate sent envoys in 76 BC to replace them with a collection of similar oracular sayings, in particular collected from Ilium, Erythrae, Samos, Sicily, and Africa. This new Sibylline collection was deposited in the restored temple.

From the Capitol the books were later transferred by Augustus as pontifex maximus in 12 BC, to the temple of Apollo Patrous on the Palatine. They were examined and copied and remained there until about AD 405. According to the poet Rutilius Claudius Namatianus, the general Flavius Stilicho (died AD 408) burned them, as they were being used to attack his government.

Only fragments of the Sibylline books have survived.

The Sibylline Books should not be confused with the so-called Sibylline Oracles, which contained twelve books of prophecies thought to be of Judaeo-Christian origin.

Satterfield, Susan, Ph.D - Rome's own sibyl: The Sibylline Books in the Roman Republic and early Empire