AncientPages.com - Recent fieldwork at the ancient city of Knossos on the Greek island of Crete finds that during the early Iron Age (1100 to 600 BC), the city was rich in imports and was nearly three times larger than what was believed from earlier excavations.

The discovery suggests that not only did this spectacular site in the Greek Bronze Age (between 3500 and 1100 BC) recover from the collapse of the socio-political system around 1200 BC, but also rapidly grew and thrived as a cosmopolitan hub of the Aegean and Mediterranean regions. 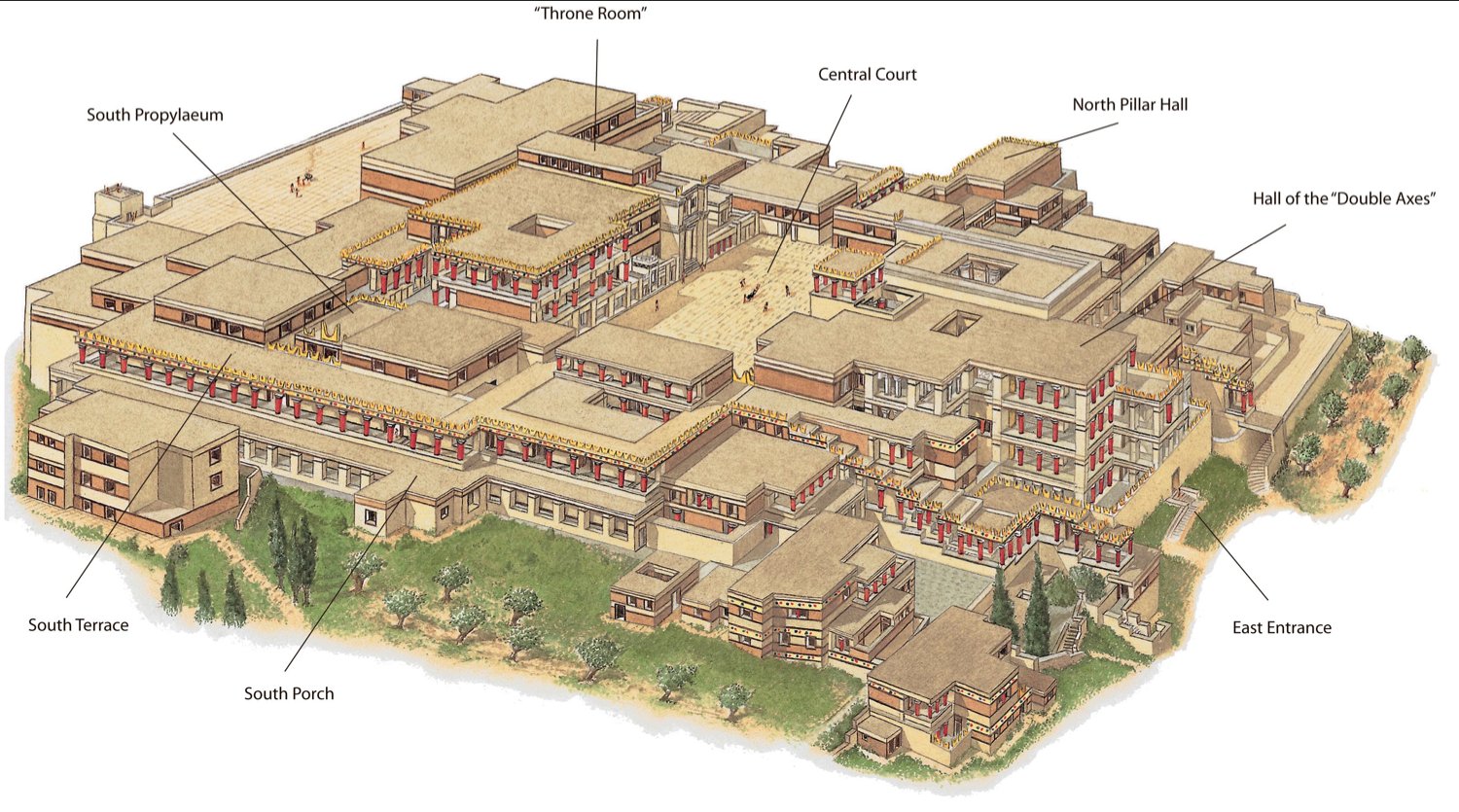 During the early Iron Age (1100 to 600 BC), the city was rich in imports and was nearly three times larger than what was believed from earlier excavations. Image via The Heritage Podcast

Knossos, “renowned as a glorious site of the Greek Bronze Age, the leader of Crete and the seat of the palace of the mythical King Minos and the home of the enigmatic labyrinth,” was the prosperous epicenter of Minoan culture, explains Antonis Kotsonas, a University of Cincinnati assistant professor of classics. who highlights his field research with the Knossos Urban Landscape Project at the 117th annual meeting of the Archaeological Institute of America and Society for Classical Studies, durinh the meeting that takes place Jan. 7-10 in San Francisco.

Scholars have studied the city’s Bronze Age remains for more than a century, but more recent research has focused on the urban development of the city after it entered the Iron Age – in the 11th century BC – following the Bronze Age collapse of the Aegean palaces.

The Knossos Urban Landscape Project over the past decade has recovered a large collection of ceramics and artifacts dating back to the Iron Age. The relics were spread over an extensive area that was previously unexplored. 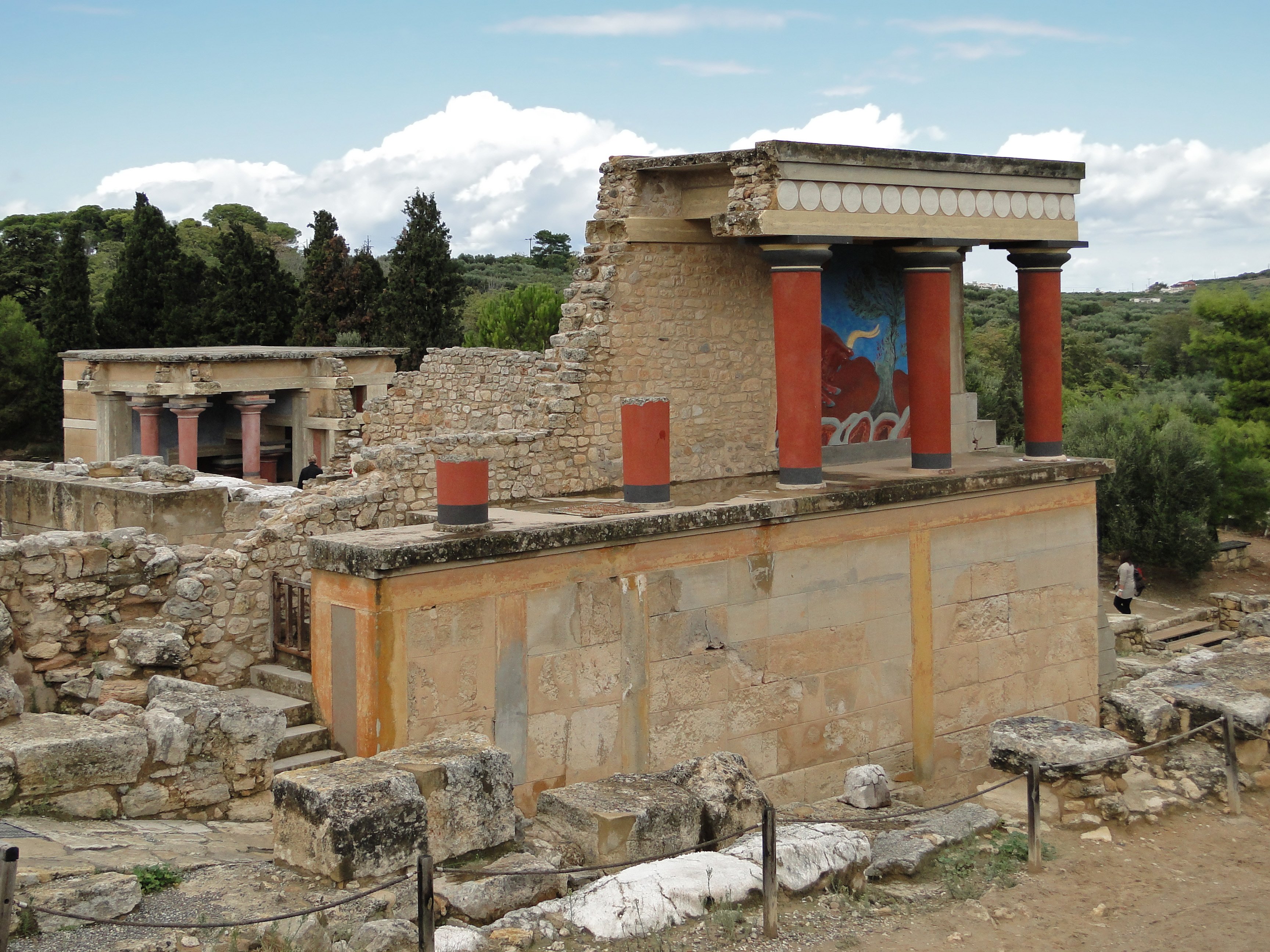 Kotsonas says that this exploration revealed considerable growth in the size of the settlement during the early Iron Age and also growth in the quantity and quality of its imports coming from mainland Greece, Cyprus, the Near East, Egypt, Italy, Sardinia and the western Mediterranean.

“No other site in the Aegean period has such a range of imports,” Kotsonas said in a press release. The imports include bronze and other metals – jewelry and adornments, as well as pottery.

He adds that the majority of the materials, recovered from tombs, provide a glimpse of the wealth in the community, because status symbols were buried with the dead during this period. 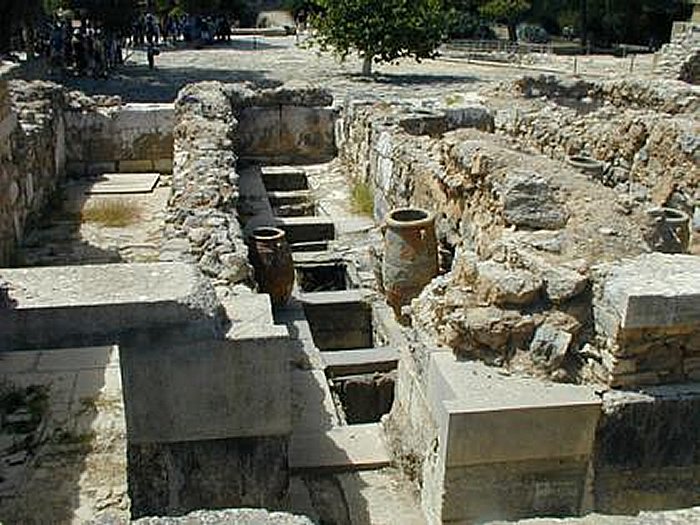 Aqueducts brought fresh water to Kephala hill from springs at Archanes, about 10 km away. source: http://www.crete-kreta.com/

The antiquities were collected from fields covering the remains of dwellings and cemeteries.

“Distinguishing between domestic and burial contexts is essential for determining the size of the settlement and understanding the demographic, socio-political and economic development of the local community,” explains Kotsonas.

“Even at this early stage in detailed analysis, it appears that this was a nucleated, rather densely occupied settlement extending over the core of the Knossos valley, from at least the east slopes of the acropolis hill on the west to the Kairatos River, and from the Vlychia stream on the south until roughly midway between the Minoan palace and the Kephala hill.”