A. Sutherland - AncientPages.com - 'Altar of Twelve Gods', also called the Sanctuary of the Twelve Gods was found at Gabii, Italy.

This valuable piece of sculpture represents the twelve gods of the Roman pantheon.

Its purpose is unknown, maybe it functioned as the brink of a well or a Zodiac altar. The altar became the zero point from which distances to Athens were calculated. It also functioned as a place of supplication and refuge in 519 BC, when the Plataeans came to Athens seeking protection from Thebes. 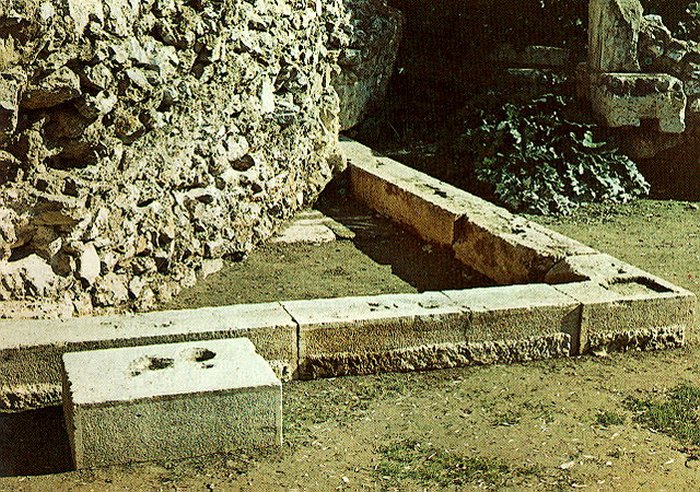 Altar of the Twelve Gods. Fenced area with an altar at the centre, onstructed in 522/21 B.C. The sanctuary was a popular place of asylum and was considered to be the heart of the city, the central milestone from which distances to other places were measured. Image credit: www.greece-athens.com

Herodotus mentioned an 'Altar of twelve gods', according to Herodotus-, while "the Athenians were making sacrifices to the twelve gods, they (the Plataeans) sat at the altar as suppliants and put themselves under protection."

In 431 BC, as the result of accusations of the misappropriation of public funds involving Pericles and the sculptor Phidias, some of Phidias's assistants sat as suppliants at the altar.

Shortly before his execution at Athens (in about 355 BC), the Athenian general Callistratus took refuge there as well.

The altar is adorned with bust of the twelve principal divinities of the Greeks and Romans, namely Jupiter, Minerva, Apollo, Juno, Neptune, Vulcan, Mercury, Vesta, Ceres, Diana, Mars and Venus with Cupid behind her shoulder. 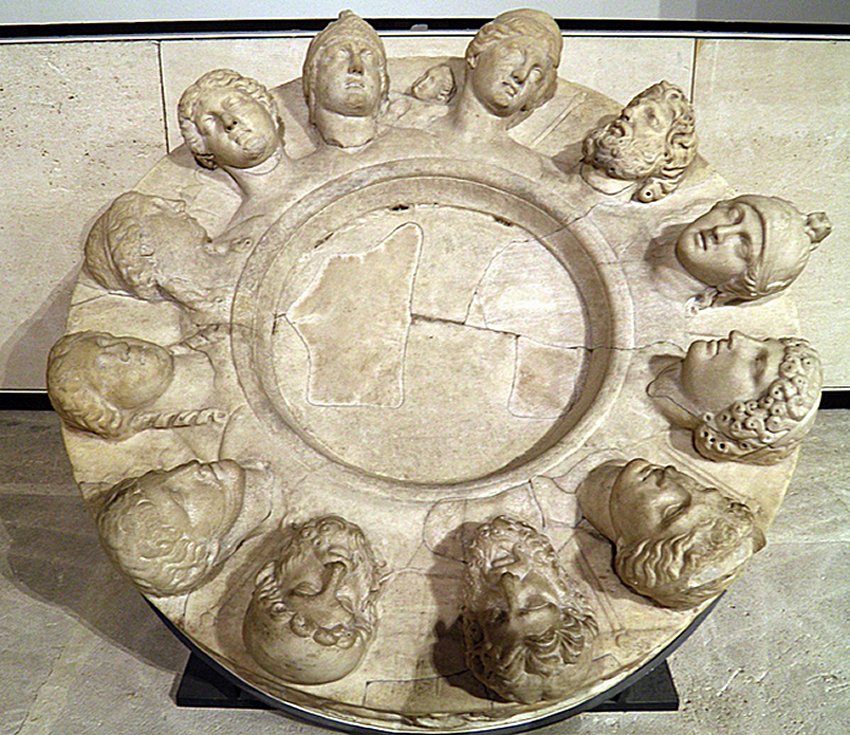 They are adorned with the twelve signs of the zodiac, and with symbols of the divinity supposed to preside over the month, which each sign indicates.

The Altar of the twelve gods was once one of the more distinguished precincts in the Athenian Agora. Today, very little meets the eye. Nearly nine-tenths lies concealed beneath the Athens-Piraeus Electric Railway.

It was excavated by G. Hamilton in 1792 at Gabii an ancient city of Latium, located 18 km (11 mi) due east of Rome, Italy. The identification of the monument was made possible by the discovery of an inscription on a marble statue base found in the area of the altar. The inscription reads: “Leagros, son of Glaukon, dedicated (the statue) to the Twelve Gods”.

Leagros was an Athenian general after 480 BC and was killed in 461 BC during an abortive campaign in Thrace.

This piece of art was purchased for the Louvre by Napoleon. On top within the ring of divine heads, there is a shallow sinking with narrow slits at the bottom used to a toothed metal plague, now lost.

References:
The Sanctuary of the Twelve Gods in the Athenian Agora: A revised view

C.R. Long, The Twelve Gods of Greece and Rome