AncientPages.com - Many well-preserved artifacts from bog bodies, animal fossils to treasures have been discovered in ancient peat bogs. Recently, a medieval well-preserved sword was found in a peat bog in southeast Poland.

"This is a unique find in the region" - said Bartłomiej Bartecki, director of the museum. 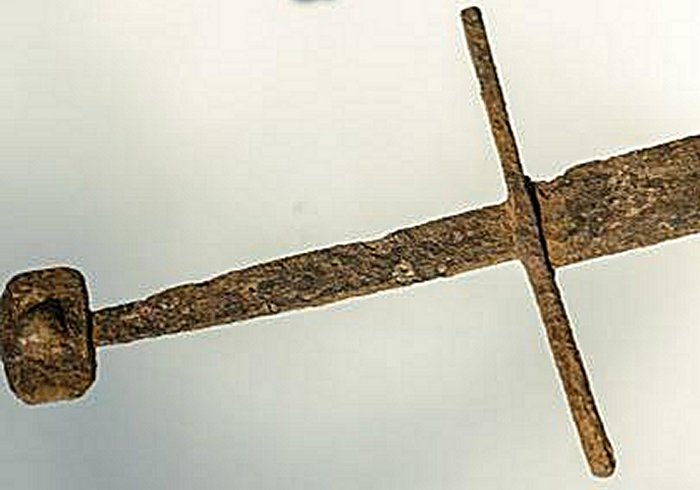 “It’s worth pointing out that while there are similar artifacts in museum collections, their place of discovery is often unknown, and that is very important information for historians and archaeologists.”

The sword measures almost four feet long and is only missing the padding on its two-handed hilt, which was probably covered with wood, bone, or antler. An isosceles cross in a heraldic shield on the rear bar of the sword may have been the blacksmith’s maker’s mark. 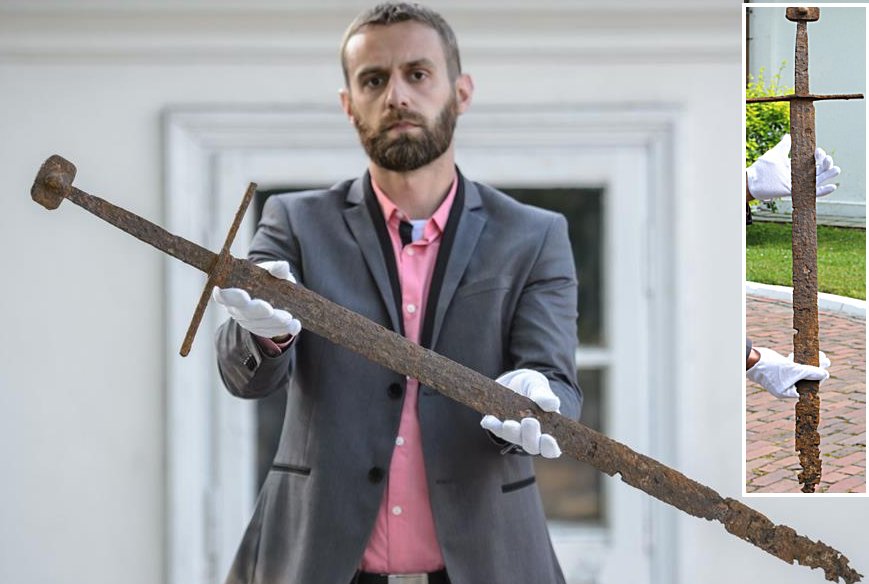 Bartłomiej Bartecki, director of the Museum in Hrubieszów presents the sword found in the Commune of Mircze. Photo: PAP/ Wojciech Pacewicz

Conservators will look for additional marks on the blade.

The weapon is corroded, but preserved almost entirely. Only the hilt has not survived to our time.

"The place where the discovery was made is a wetland and a peat bog. It is possible that an unlucky knight was pulled into the marsh, or simply lost his sword" - told PAP Bartłomiej Bartecki, director of Fr. Stanisław Staszic Museum in Hrubieszów.

This two handed sword was a typical weapon in the 14th century.

"It is very light - it originally weighed about 1.5 kg. Today it measures about 120 cm" - added Bartecki. In his opinion the sword was very well made; it is well balanced, perfect for fencing.

Archaeologists plan to examine the place of discovery hoping to find some clues on the circumstances in which the weapon ended up in the ground.

There is also possible that the missing elements of the knight’s equipment will be discovered in the peat bog.