Ellen Lloyd - AncientPages.com - An unrecognized, hidden and millennia-old subterranean worlds lie under the surface of our planet.

They are found in almost every part of the world. There is an underground world of never ending tunnels and massive caves dug by unknown ancient men. 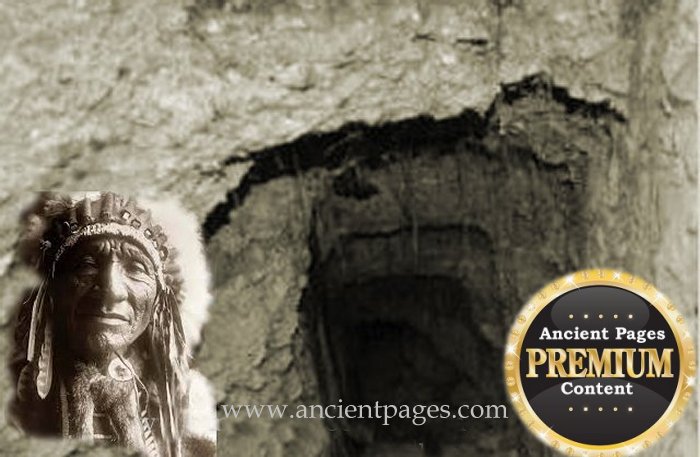 Some researchers believe that beneath the surface of the earth, there is a huge system of secret tunnels and corridors that connects cities, run under countries and even continents.

We know only a very small part of this world, located below our feet but the majority of it is so far untouched, unseen and unexplored by a modern man.

There is a strange story among Sioux Indians about an old man of their tribe whose name was the White Horse.

One day, while participating in bison hunting in areas of today's California, the White Horse found an unusual opening in the rock. He followed this opening and suddenly he found himself in a long tunnel-like passage. He slowly continued to move through the tunnel until he noticed very weak, greenish light in the depths of the passage.