A. Sutherland - AncientPages.com - Zhang Heng (A.D. 78 - 139) was one of the world's first scientists to propose that the universe is infinite in both space and time.

He was also convinced that the number of dimensions we cannot see with the naked eye is unlimited.

He's considered Leonardo da Vinci of the far East. He made great contributions to the development of astronomy in ancient China along with 32 works on science, literature, and philosophy, of which Ling Xian, a summary of astronomical theories at the time and the Map of Ling Xian, are astronomical works.

Among the many impressive inventions of the Chinese scholar Zhang Heng, there is an instrument for testing wind and earth movements. 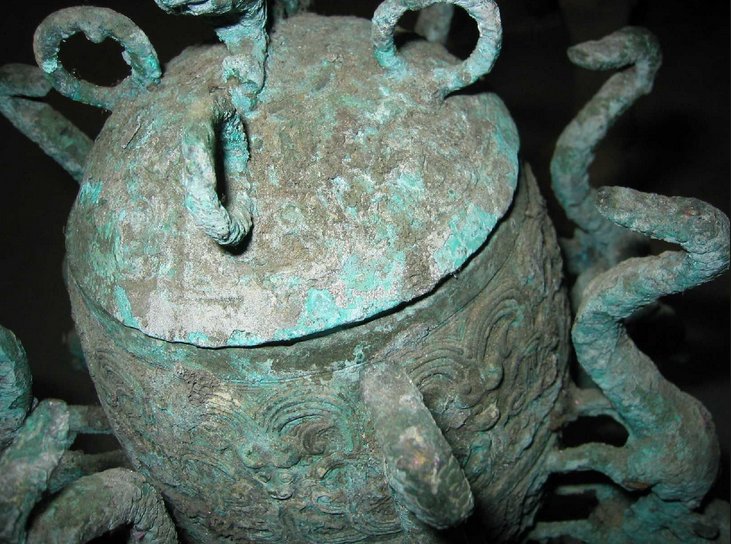 Among the many impressive inventions of the Chinese scholar Zhang Heng (A.D. 78 - 139), there is an instrument for testing wind and earth movements.

In 1703, Jean de Hautefeuille, a French physicist created the first seismograph of modern times. This device gave scientists the opportunity to accurately measure earthquakes. However, we have to remember that like in so many other cases, what de Hautefeuille really invented was only a rediscovery of a device that the ancients were already familiar many centuries earlier.

The instrument was invented in 132 A.D. and given the Chinese name Houfeng Didong Yi - or Didong Yi.

The instrument could determine the direction of an earthquake, contrary to popular belief at that time.

Zhang Heng maintained that earthquakes were not signs of Heaven's anger but natural disasters.

Over the years, there has been scholarly disagreement about the exact scientific principles applied on the seismograph and how precisely the instrument originally worked. 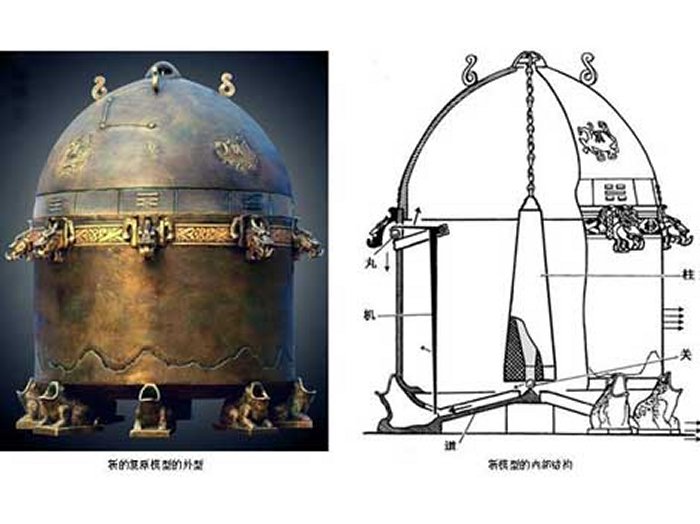 The Exhibition Hall of the Museum of Chinese History in Beijing is home to a restored model of the first seismograph—Houfeng Didong Yi—an instrument for testing wind and earth movements. The inventor was Zhang Heng (78-140 AD), a famous scientist from the Eastern Han Dynasty (25-220 AD).

Some Western scholars even suggested that the instrument never existed.

In 2005, a team of Chinese archeologists, seismologists and experts in mechanical engineering from the Chinese Academy of Sciences, the National Museum and the China Earthquake Administration - announced that they created a new replica of Didong Yi instrument - the world's first seismograph.

As the scientists said, the replica is a "historic step" towards complete reconstruction.

"What we are exhibiting is a scientific device, not a toy," said Tian Kai, deputy curator of Henan Museum. "If we put a seismograph that is unable to move or detect on exhibition," Tian said, "we will not only deceive our audience but also show our apathy and irresponsibility towards our nation's splendid cultural legacy."

"As a treasure of our Chinese nation, Didong Yi is an attractive goal for reconstruction to scientists around the globe," Teng said. "If we can't get the job done, it will be our fault."

From historical records we learn that in 138 A.D., the seismograph accurately record the time and direction of the earthquake that occurred in the Longxi Shire, about 600 kilometers from Luoyang, China's capital at the time. 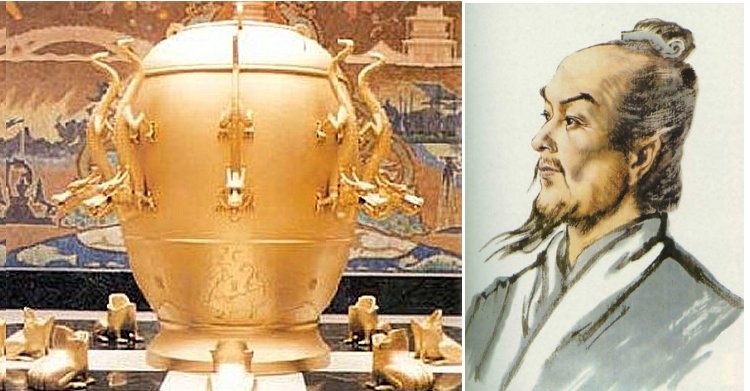 Was the seismograph also destroyed during this earthquake?

The device, which was an urn-like instrument with a central pendulum, was made of fine copper in the form of a vase decorated with eight dragons holding balls in their mouth.

The heads of the dragons pointed out the eight directions of east, west, north, south, northeast, southeast, northwest and southwest.

Below the dragons were eight, porcelain frogs, placed around the vessel. All of them were raising their heads and opening their mouths opposite the dragons' mouths.

The inner side of the seismograph was ingeniously constructed: when an earthquake occurred, an earth tremor would cause the pendulum to lose balance and activate a set of levers inside. Then, one of the eight dragons outside the urn would release the bronze ball held in its mouth. The ball would fall into the mouth of the toad and give off a sound, letting people know when and in which direction an earthquake had occurred.

Based on the description found in Zhang Heng's biography a few attempts have been made to reconstruct this prehistoric Chinese apparatus. Unfortunately, none of the replicas could detect an earthquake.

Will the instrument be able to accurately measure earthquakes, one day?

Yet, as far as we know, the seismograph's construction was rather basic. Most probably more historical data and simulated analysis will be needed to reconstruct this prehistoric piece of technology.