Conny Waters - AncientPages.com - A team of Iranian archaeologists has found further evidence to unearth the enigmatic Laodicea Temple in the city of Nahavand, west-central Hamedan province.

“The fifth season of excavation for possibly unearthing the Laodicea Temple from Dokhaharan region of Nahavand city came to an end after some new clues on the ancient sanctuary was found,” Nahavand cultural heritage chief Mohsen Janjan informed. 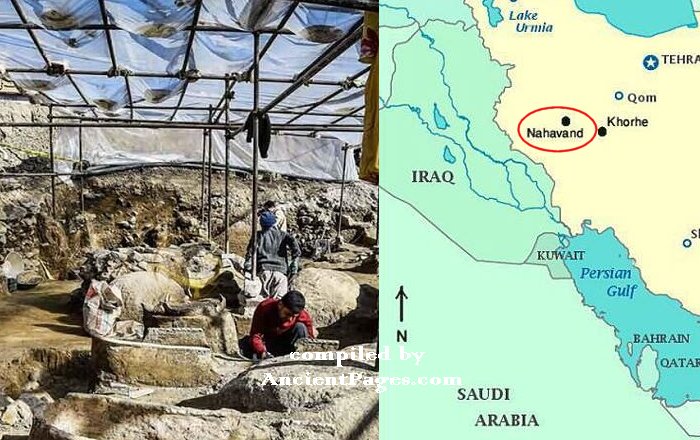 A total of 12 trenches were dug during this archaeological survey, which the aim of lessening the size of a previously demarcated area which adds up to 12 ha. And the month-long survey ended on July 24, the official explained," writes Tehran Times.

According to Janjan, the survey was tightly based on speculations and discoveries made during the four previous seasons, which had uncovered capital column heads, related shafts, and bases as well as striking pieces of engraved pottery dating from the Seleucid era.

Some archaeologists believe that the core of an ancient Greek temple is buried beneath many residential units built by the locals on the site over the years. In 1943, archaeologists discovered an 85x36 centimeter ancient inscription of 30 lines written in Greek calling on the people of Nahavand to obey the laws of the government.

The inscription indicated the existence of the Laodicea Temple, which had been built by the Seleucid king who ruled Asia Minor, Antiochus III the Great (223-187 BC), for his wife Queen Laodicea.

The Seleucid Empire was a Hellenistic state ruled by the Seleucid dynasty which existed from 312 BC to 63 BC; Seleucus I Nicator founded it following the division of the Macedonian Empire vastly expanded by Alexander the Great. Seleucus received Babylonia (321 BC) and from there expanded his dominions to include much of Alexander's near-eastern territories.

At the height of its power, the Empire included central Anatolia, Persia, the Levant, Mesopotamia, and what is now Kuwait, Afghanistan, and parts of Pakistan and Turkmenistan.